I’ve read a lot about your inspirations: Gesaffelstein, Deadmau5. But you actually don’t sound anything like them. How do you channel your inspirations, but make it individual on your own too?

It comes naturally. A lot of people have said that I sound like Gesaffelstein, but the thing is - and this is the truth - I was making that sound way before I knew who Gesaffelstein was. I found out who he was maybe a year and a half into producing music. I’d post my songs in these Facebook groups and people would tell me that it sounded like Gesaffelstein.

Obviously I love his sound - it’s amazing - but I couldn’t agree more. I don’t think my sound sounds like his. Maybe a couple tracks I’ve made sound similar, but in general, I don’t really draw musical inspirations from people.

It’s safe to say that your music is not only different from your inspirations, but is really out there. It’s not club music, it’s not dancefloor music. When you started producing, did you have an idea of where your music would belong?

My intention wasn’t to make people jump up and down and dance. I wanted to make tracks that would sound cool live. Even if they’re not particularly danceable.

I used to be a person in the audience, myself, at shows. I remember watching Porter Robinson’s ‘Worlds’ live show and he was playing happy, “anime-inspired” music and then all of a sudden, he’d drop this crazy simple, but dark and captivating tune with only three elements: a kick, snare and some crazy bass sound. It would make the crowd go absolutely insane, because of the simplicity - the hard-hitting element of the simplicity. I was so inspired by those moments in a festival setting, or in a club setting, DJs would play something that just caught everybody’s attention. And not necessarily in a way that would make people be jumping up and down, but in a way that everyone in the audience around you was like, “Holy fucking shit!” You can hear everybody’s reaction to the simplicity, but the heaviness of the drop is captivating. That’s what inspires me when I write music.

That’s why easily my most popular track is my track ‘Edge’. My fans go insane every time I play that track, because it’s really simple, but it catches your ear. Everyone turns heads when I play that track. Some people don’t even know how to dance to it, because it’s so crazy, but they figure out a way. I’m inspired by those moments.

It must be quite a different experience to compare producing in your bedroom vs. producing now, after being able to actually experience and see your audience react.

You’re totally right. Back in the day, when I first started producing, I obviously had an idea of which songs would go off live and which wouldn’t, but I didn’t care and just made tons of tracks. Every track would be different; some would be very film score-inspired, some dance floor-inspired. Now, after seeing reactions to some of my biggest tunes, it definitely has influenced me to want to make more like that.

But I don’t want to let it affect me too much. I never want to pigeonhole my audience. My management sometimes tells me, in a nice way, not to play dubstep in my sets, because they think that it’ll attract a bass-heavy audience and it’ll pigeonhole my fanbase to be bass heads. Then, when I release a track, the fans will be like, “What the hell is this?”

My goal is to stick to playing mainly my own productions. That wraps up the entire vibe in the best way. In the future, when I have a really good time slot at a festival, I want my fans to know me for my stuff. 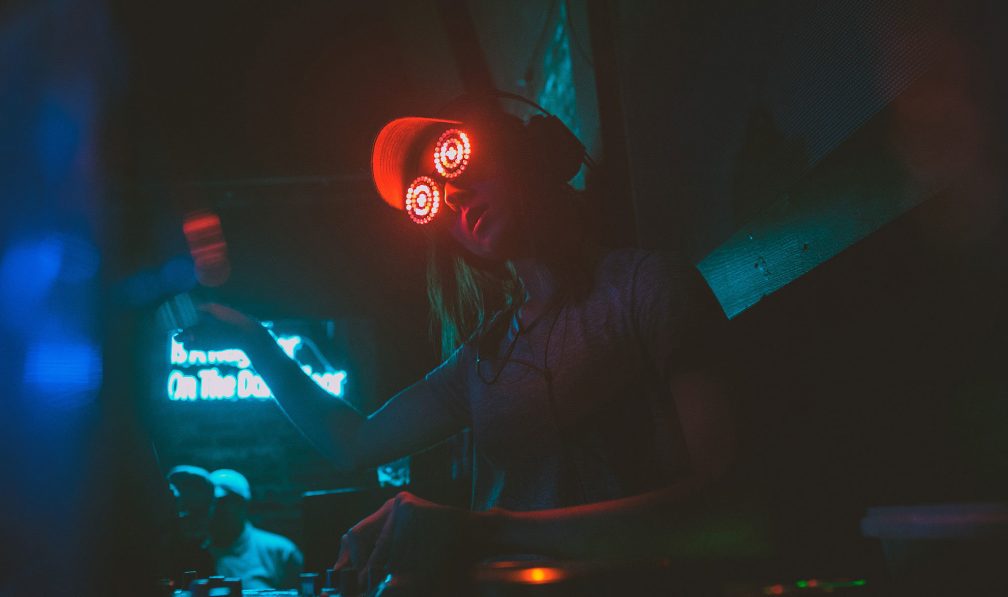 It seems like you have a very clear idea of what you want your sets to look and sound like - from the music to the hypno-goggles, that you created.

I got the goggles made by someone, but it was my idea. Everything was my idea. I understand that people who don’t know me at all may look at me from afar and think that I’m just a marketing scheme. A lot of people in the industry have this brand, but they didn’t create it. Their management thought of the brand because they knew it would sell. For me, it’s not like that. I’m genuinely passionate about hypnosis! I’ve always been, and been inspired by this feeling of hypnosis in a live setting because I felt that way myself when watching people like Deadmau5. Me with the goggles, it’s just conveying that to my fans.

I feel more at home on stage with the goggles. It’s a character I’ve had in my head for years. It might be too soon to say, but I want it to be an iconic figure. I want my character with the goggles to be something that people won’t forget.

How else do you plan to evolve your live show?

You often get asked about being a female in the industry, which doesn’t seem to effect or pull you back in your career as an artist. But has your age ever affected you and the way people receive you and your music?

In a way it has, in both negative and positive ways. Same with being a girl. Being a young person – never mind even the girl part – just when there’s a lot of older people around you, it’s hard for them to think you’re cool. Like when you’re in grade 12, about to graduate high school, and there’s all these newly starting grade 9s, you can’t think they’re cool. You won’t look up to them. The plus side of being 21 is that it’s young, but you’re still old to other people. If you’re my age, there’s a lot of 16 or 17 year olds that look at you like you’re an icon. A lot of young people are attracted to dance music, and to them, 21 is older and cool.

Being a female is the same, with both positive and negatives. The negative side is that people doubt that you’re the one doing what you’re doing. They think you have a ghost producer, because women producing music is rare. Not super rare, but it still kind of is. I’ve done a lot of research on women in the industry, and the truth is, whether people want to accept it or not, is that there are a lot more men in the industry than there are women. That’s just the bottom line.

I’ve never gotten help on a track in my life - but there are some women that have had ghost producers, and those few are enough of a reason for women get a bad name in the industry. That’s why so many people doubt that there are people who do all the work. When I started producing though, I only saw the benefits of being a girl, I never saw the bad side. It was an opportunity. There’s not that many women making music, especially the kind I’m making, so I saw it as a huge opportunity, a void that I had to fill.

Your release and touring schedule seem relentless right now. What’s ahead for you in 2017?

Here’s the thing - I feel like the next five years of my career are going to be hectic. I’ve done a lot of analyzing of artists that I look up to and their careers. A lot of them have toured extremely heavily and pushed their brand for the first five years. After that five years, if you’ve done it successfully, you then become a household name. Then you can focus on production and you don’t tour as often.

I’m 21 now. I started touring heavily when I was 20. I’ll be touring like crazy up until 25, where I see myself reaching a point where music production will become my main priority, like it was when I first started. At that point, I’ll be producing tons of music - more so than ever before - then, it’ll take me to the level I’ve always wanted to be at. That’s how I foresee the future.

REZZ's 'Something Wrong Here' EP is now out on mau5trap