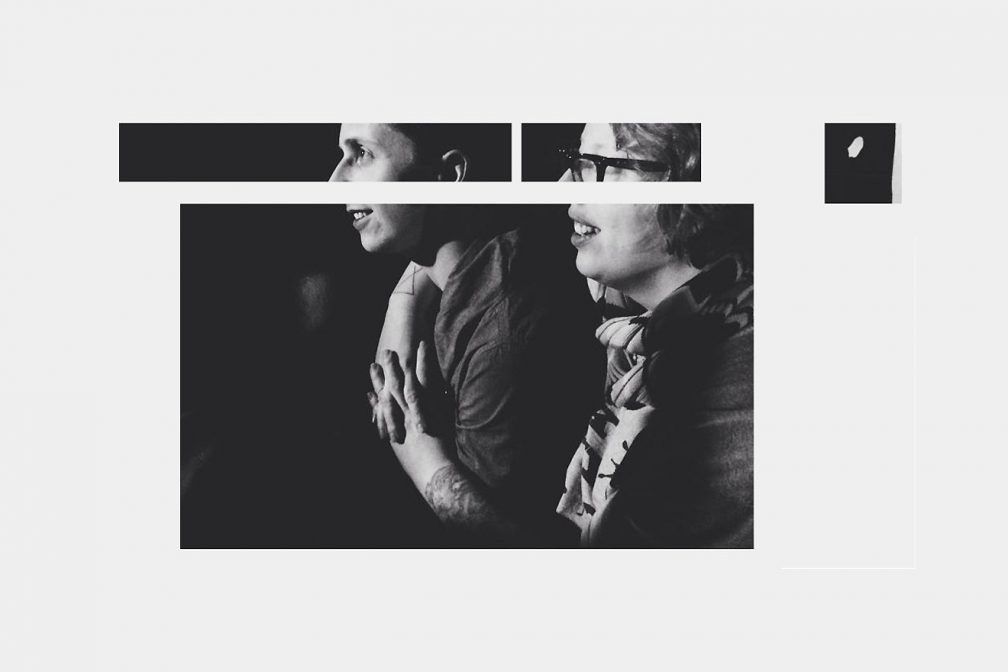 So we first took note of your movements through your work at Smart Bar. Tell us a bit about what you do there and how it may have shaped your career.

I started out as Marea’s assistant, which is, big surprise, exactly what it sounds like: office things, ground transport, contracts, intern wrangling, social media, etc. My role kind of expanded organically to include more production duties, such as maintaining the gear and sound, until I officially become the Production Manager. When Marea stepped into her new role last year, I took over the day-to-day as Talent Buyer.

I’ve seen so many amazing DJs in this little basement club. I specifically remember watching one of our residents, Phillip Stone, open for someone and the dancefloor was going crazy. Everyone was in such a groove, and then the headliner went on, and pretty much everyone just wanted more of Phil. It was so clearly a universal sentiment that I actually felt a bit bad for the headliner. Phil is a close friend now and I’ve told him this story and he takes it in his naturally modest stride. For sure one of my favorite DJs, bar none.

Chicago, and to a certain extent Smart Bar, specifically, is a bit of a departure for a lot of DJs, as virtually every DJ here can play multiple styles of music very well. You definitely have to be good at more than one or two things to keep up. It’s a really special community to be a part of, for me, because I was so impressed by it before I ever dreamt of joining it.

You do bookings for the club as well? Do you have a hit list of artists you want to secure, how does it all work?

Yes! I do pretty much all the bookings with a few exceptions for all-building events, which are team efforts.

As far as hit lists, there are a few artists that are the kind that you drop everything for and make it work when they come through, but most of the work is sifting through all the artists and their agents that come to you, figuring out where everyone fits, if they fit at all, and then making sure everyone is in a good situation financially. Certain residencies have certain sounds, so I try and do whatever I can to help our residents realise their visions for their respective residencies. I also take great care to be mindful that our bookings fit the ethos and honor the history of the club while also working to add diversity to our DJ booth and community.

Obviously Marea [The Black Madonna] has shot to prominence recently and is a massive part of the Smart Bar history. How has she influenced your work there now? Does she still work with you at all with regards to the club?

As I mentioned, she and I used to work closely on parties for years, and just being around each other all the time and constantly sharing ideas and music is a pretty sure fire way to influence a person. We’ve always pushed each other to be better people and artists, and that attitude has really translated to how the club has been run the last several years. I would honestly consider the work I do now an extension of the work we’ve been doing together for years. I don’t really think there’s all that much of a divide between what could be described as her vision for the club and what could be described mine. Mine has maybe a teeny bit more techno.

She's still active at the club and pops in every now and then, but taking over the world takes up a lot of time, and she’s doing a pretty good job of that.

Extended sets are a staple at the club and we feel like there's a lack of this generally around the world. Two hour sets don't really allow the DJ to show their full range. Is this sort of thing why the club takes this stance?

You know, I would for sure agree in a personal sense, because, as a DJ, I do feel a bit restricted by shorter sets. I love so many different types of music and like to cover a lot of ground when I DJ, so a longer set obviously helps me to that end. However, it’s a thing I’ve learned to deal with as I DJ more and more, because some situations just don’t lend themselves to longer sets.


Here in Chicago, bars with a late license have the luxury of serving until 4AM (5AM on Saturdays), which is, as far as I know, as late as anywhere in the US can legally serve alcohol without getting some sort of special 24 hour permit. That does allow us to offer up DJs a bit more time than they might be able to play elsewhere in the States. Our goal in doing so is to give DJs the best chance to express themselves fully as an artist.


We certainly encourage DJs to stretch out a bit in our booth, but it’s not a requirement. Many touring DJs don’t want to play four hour sets, and that’s totally fine. Touring is exhausting and it takes a special breed to devote nine months a year to playing long sets night in, night out. My main concern is that an artist be able to realize their vision for the night, whether that be 90 minutes of pure banging bliss, or a six-hour set of DJ wanderlust incarnate.

Tell us a bit about the mix, what went into recording it. Why did you choose the tracks you did. How would you describe it?

I recorded this mix the way I record most mixes: pull a grip of records in my apartment, turn on my turntables and mixer, press record, hope for the best! I don’t ever really do any post production partly out of laziness and partly out of a likely-misplaced allegiance to truth-in-advertising. I originally recorded a mix that was a bit more eclectic in terms of genres, but decided to give it another go one Saturday night before I was heading to Smart Bar, as I had an hour or so to kill. The second go I just kind of let the mix happen naturally with tracks I’d been playing a lot lately, and I decided I liked it better.

The mix is a bit more on the techno side of things, as I had just returned from Europe with a load of techno records when I recorded it. It’s starts pretty deep, adds a few flashes of melody, gets a bit stompy, and finishes with some tracks for the dance floor.