The aim for SCDD is really just to showcase the music that I get sent by friends and other stuff I come across. It's also a chance for me to curate using my own taste a little. I'm doing it as a sub-label of [Bristol vinyl-only imprint] Shall Not Fade, as [label boss] Kieran is a close friend of mine, and we've both got similar visions and taste in terms of music.

I get sent so much amazing music on a daily basis that I want to show other people so they can enjoy it too. The second release is from Deejay Astral (formerly known as Palace) who has been one of my favourite producers since before I even made music myself. I've been waiting to put those tracks out for months now so it's good to finally have the ball rolling. The upcoming stuff is so good, stuff I've been playing out for ages so I think some people will recognise some of the music from my mixes and sets.

Having a physical copy [of the music] is not only more sentimental, but it sounds warmer, and I think there's more in it for an artist than some gronk putting MP3s up on Bandcamp or iTunes for $5. My parents were so proud when I got my copies of my first 12", after I spent countless hours trying to explain that vinyl was a thing again, and that made me really appreciate everything about what music can do.


Any plans to start throwing SCDD parties and so on down the line?

There will be one in the not too distant future, in Europe. I'd like to make it a regular thing but we will have to see!

How was your debut European tour? How did playing there compare to Australia?

The European tour was such an incredible experience. I never had the money to be able to travel so to be able to travel and do what I love, DJ, while watching people dance and enjoy it as much as me was amazing. I met so many cool people in every city and shared so many great experiences. I also bought too many records to bring home in my luggage but luckily they are waiting for me when I'm back at the 'Blood Money Club Trax' gentlemens' house in Tottenham.

It's hard to compare to Australia, as the electronic scene for decent music is very small. There are a lot of incredible DJs in Australia, and as many if not more great producers. The thing about music is that it is emotional and will always bring people together. I found that European crowds are a bit more about getting lost in the moment and enjoying themselves as opposed to smoking cigarettes and talking about Berlin but Australian people are still really up for it and they are great crowds. it's hard to compare the two because the scenes are so different! I love it here, but I'll be relocating overseas this year for sure. 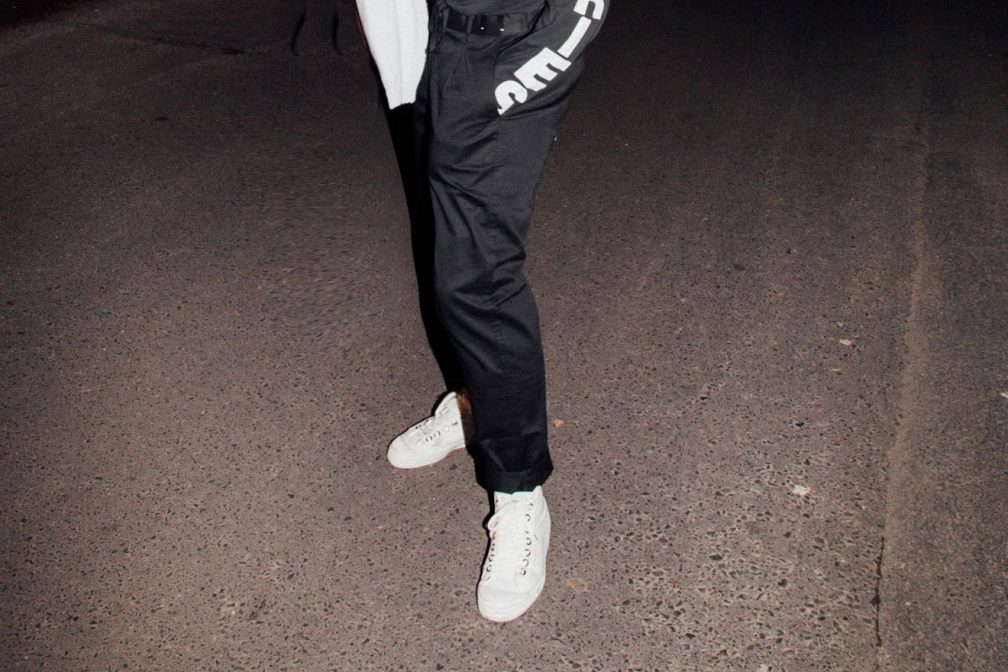 We’ve been following the suffocation of Sydney through the draconian lockout laws closely. How are they impacting the scene out there and are you optimistic about the future of Australia’s underground?

The lockout laws are ludicrous and they have fucked a lot of things up for a lot of people. But at the same time, people are embracing the underground and throwing parties in interesting locations which are not only musical but also completely ethereal, with visuals. It's really pushed the creative people into new areas but it's getting harder, unfortunately. There needs to be a common ground where young people's opinions and solutions are respected and celebrated. [The lockout laws are a] very short-sighted solution to a solvable problem by a terrible politician.

You appear to be quite a divisive figure. A lot of people really love your music, but the opposite is true in some cases. Why do you think you inspire such strong reactions?

I actually have no idea. Most people that bring it up to me put it down to jealousy, and I guess that's somewhat true because a lot has happened in a short period of time and I guess like most things, there are types of people are there bitter about success when they really shouldn't be? Maybe certain people just don't like seeing other people enjoying themselves. I'm not sure!

I think I have a personality and that will probably divide people. I couldn't give a fuck about those who don't enjoy it. It's all relative. It's not about them. Music is and will always be about love, at least to me. I make music for the people out there who do enjoy it. Damiano von Erckert describes his music as "love based music" and I like to think since getting to know him and working with him I've adopted the same philosophy as much as possible.


In an interview with bizaarbazaar you described your music as “ignorant house”. Could you explain this tag?

When I did that interview I was new to production so I was thinking of myself as ignorant to production. My earliest stuff was pretty raw and straightforward – ignorant house.

Have you always liked grime?


Well, actually the name of that track came from this, although I've loved it since I first heard it. Grime has got so much energy and a sense of humour too. So good.

How did you approach this Mixmag mix?


This mix has got some forthcoming SCDD stuff, some stuff from friends, some classics I love and me forgetting to turn the reverb off. It's similar to what I would play out, but concise as it's only one hour.