Introducing Kamran, the producer who's making grime through the lens of his Iranian heritage.

Formerly known as Moleskin (whose cult cut 'Turnt On' was just featured by Yaeji in her Cover Mix), the London-based artist has undergone a name change, leaving behind an alias that brought basements to sweaty frenzies in order to step out in a guise that brings together sub frequencies, his Iranian identity and a decidedly futurist aesthetic in both sound and sleeve art.

With an encyclopaedic knowledge of grime, a thirst for new sonics that means his Goon Club Allstars label has released key records by MssingNo, DJ Lag and KG, and a refreshed production palette that includes experimentation with the Tombak drum, Iranian Dastgah and Farsi, his mother tongue, it's clear that Kamran is equipped to be making some of the most crucial soundsystem music of 2020.

Debut EP 'Transmission' is an exercise in weighty minimalist grime and comes with a co-sign from Bok Bok, who mixed the record (as well as the other EPs released via Kamran and Boardgame James' 1000Doors this year). We caught Kamran to talk about forging a new identity, developing new production techniques and the concept of negative space. 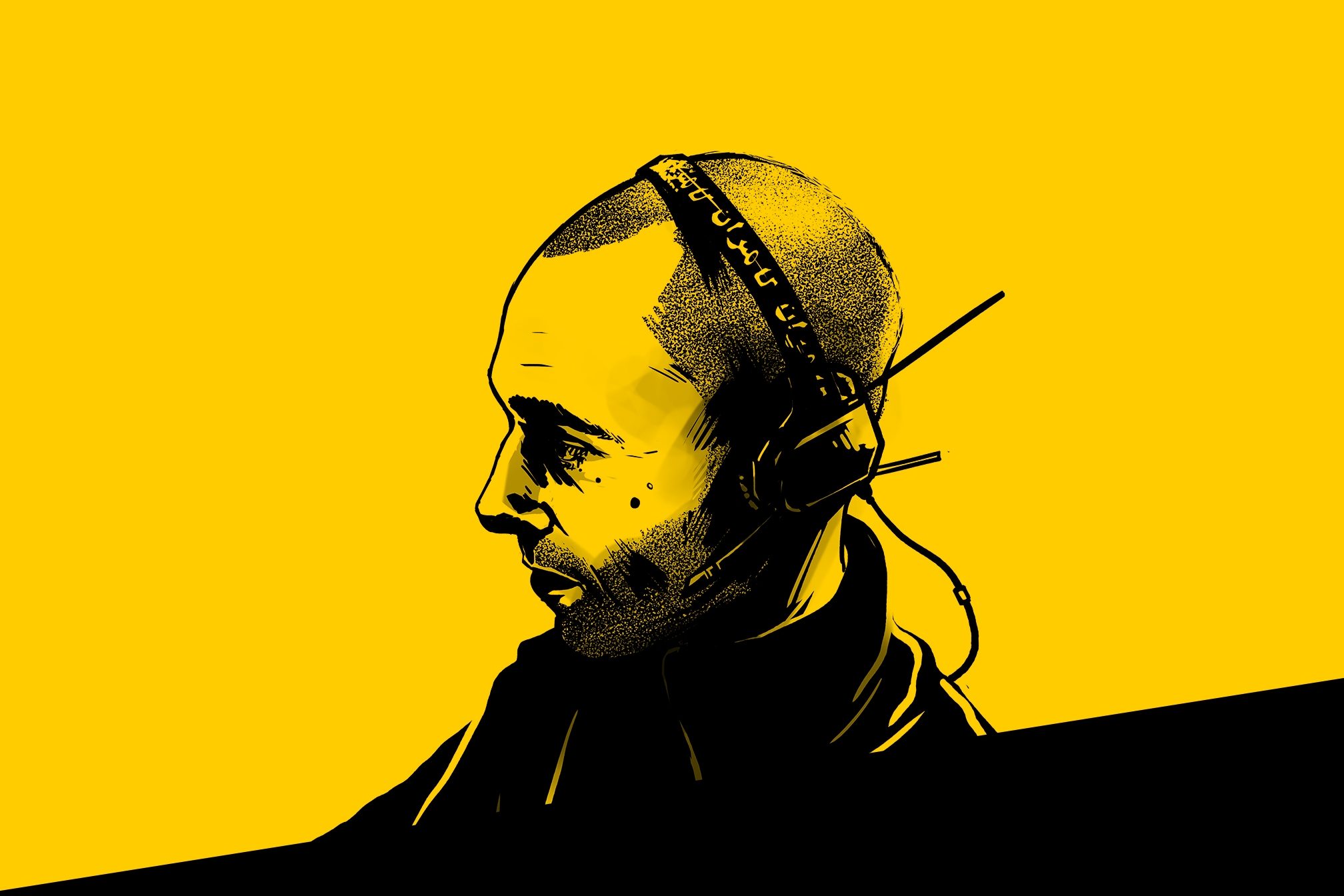 'Transmission' is your first solo project in six years. What's been happening?

In the six years since I last released an EP I put a lot of time into the label I run with my mate Ed - Goon Club Allstars - we’ve seen amazing, culture changing releases from Rudeboyz, DJ Lag, KG, Gundam & Banshee. I also hosted a grime show with Boardgame James as Handsome Boys; we were blessed to have so many MCs come through from Kwam to Rocks Foe, Jammz to Mic Ty & Capo Lee to Nico Lindsay. This eventually led to me producing some tracks for Jammz ('Know Me Now') and Kwam ('Hot Boy' and 'Messed Up'). Another production feature landed on Cakes Da Killa’s album in 'Been Dat, Did Dat', something I was lucky enough to see live at Afro Punk at Ally Pally a few years back. The last thing I did was change the way I make music; it’s more tactile, more physical, more fun! 'Takeoff In Tehran' is a really good example of this I think.

Tell us about your new alias...

Kamran is my Iranian name, a skin I feel much more comfortable in. The name feels much more natural in my mouth.

...And tell us about the concept behind 'Transmission'.

'Transmission' is five instrumentals that track the journey from my Iranian heritage to grime radio show.

You use the Persian Tombak drum on the record, as well as recordings of yourself and your father speaking Farsi. What is the significance of these sounds?

I’m actually really interested in learning how to play the Tombak, I’ve been watching lots of videos on YouTube over the last year, the experienced players have amazing dexterity – the drum rolls are so intricate, it’s very impressive. Farsi was my first language, there’s something very soothing about it, something very comforting in what it represents to me.

You also use the idea of negative space in your productions – can you explain the method?

Yeah I really like interesting rhythms, I spend a lot of time dragging audio around trying to find nice pockets of space. Working with MCs helped develop that I think, when someone is really in their flow you can really do your own thing while they do theirs.

Has adopting your birth name and forging a new musical identity been liberating?

Yeah it’s really nice, I’m enjoying thinking about grime through this Iranian lens. I’ve been working on detuning my keyboard so as to be able to play Iranian Dastgah. It’s nice to be able to connect with something emotionally and have it spring so much inspiration.

How did you approach this mix?

I wanted the mix to loosely tell the story of the EP on an expanded scale, but it’s also a radio set - an MC should be able to ride the whole thing out. There’s some new music from me, some tracks I’ve been enjoying from others and a couple old classics.

I just wanted to add that I’m offering free music production tuition for woman and non-binary people who use logic - these would be over Zoom. If this is something you might be interested in please drop me an email.