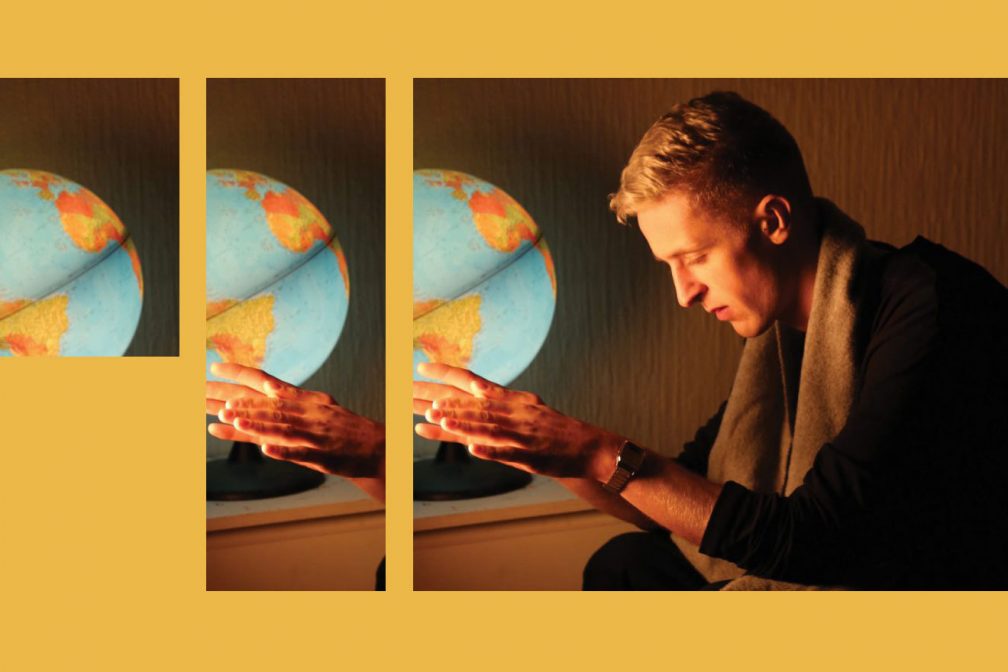 Obviously you're performing and producing as Denis Sulta and have released as Atlus on Mister Saturday Night, so where did the names come from?

I started as Atlus and the music I was making under that alias was very dark. I was a wee lad and you think, at that time, that you’re up against it and that you and your problems are the most important thing in the world. Evenutally I changed my tune to become a little less miserable and I felt I needed a name that suited the music I needed to make. So Atlus backwards is obviously Sulta and Denis, I thought it was going to work well because I wanted something quite cheeky. Originally Denis was going to be spelt with two Ns but when the record came there was a typo and it only came with one, so eventually all the guys were like, “it looks better like that”, which I'm not glad about.

Talking about being cheeky, we watched your Boiler Room and we've honestly not seen anything like it. You were crowd surfing, going mad and fully having it. We had reports that your Mixmag Live set was equally charismatic. Is that something you've learned over time, to give it your absolute all? Or have you always performed like that? It's kind of rare to see.

For me, if you're paying, you want to go out and have a good time, you don’t want to see some guy or some girl behind the decks doing a set for two hours just stood there. You want a party and you want it to be fun. It's important to feel the music you're playing and I really want people to get carried away with it. It's much more about the people and not about me. I just have fun and want the people to follow it. I definitely come into it with that sort of attitude. It's something that I've developed over time and I’m starting to feel a lot more confident about it. I’m absolutely loving it.

It just nice to see. There's no element of nervousness. It's all straight up vibes.

I do tend to shit myself but once I'm up there it does eventually come.

Now that 'It's Only Real' is out, how does it feel to have a track that’s just so big? It's been hammered by everyone for so long and every DJ is drawing for it. Is it overwhelming?

To see that track do so well, man I actually can't believe it. For ages it was just a wee thing and I didn’t think it was going to go anywhere. I was talking to one of my main musical influences, a guy called Ryan Martin who runs All Caps Records, and I quite often go to him, his opinion really matters to me. So we had a chat about it and he was like “yeah man, you should give it away for free on a blog or something” and I was like “ah okay, sounds cool.” Suddenly it ends up in Jackmaster's bag.

I was in a hotel in Belfast and I got a message from Jack saying, “yeah mate this is getting released” and that's it. I can’t tell you how amazing the feeling is, it's very overwhelming to be honest with you. I can’t quite put it into words. I’m still trying to get over it. But having a tune like this means there's a whole lot of pressure because every time I sit down, I’m like, “how do I better that?”. So I just want to make sure that I don’t get known for just one tune. Its going to be belters from now on though, don’t you worry about it.

So now you've got the release, have you got any gigs you’re particularly excited about?

It just gets more and more exciting to be honest. I tend to come home from a gig and everyone was like “how was it” and I’m like “that was the best one” and then the next week I'll be like, "no, that was the best". The big one for me which I’m really looking forward to is headlining SubCulture on Saturday night. In my hometown, man – it's going to absolutely outrageous, scandalous.

I’m really looking forward to that one. I’m already kind of putting things together for it, I really want to impress that crowd because the support I’ve had from Glasgow has been next level. I want to make that a fucking one to remember. I actually played SubCulture last year, at the end of summer, but I was playing before Marquis Hawkes. This time it's just me for two hours, so I’ve got to put my big boy pants on.

Hammer - You Gonna Make Me Love Somebody Else (Hammer 808 Edit)

St Etienne - Only Love Can Break Your Heart (MAW Dub)