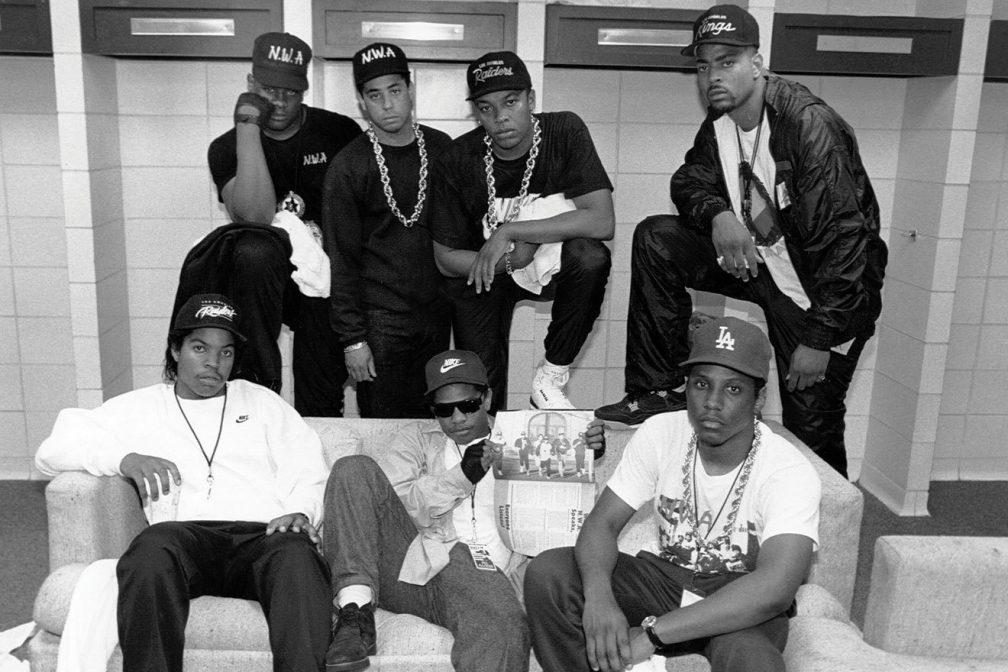 The group embarked on a US tour to promote the record and made the most of their newfound success, particularly Eazy. As co-owner of the record label and with a platinum-selling solo album, 'Eazy-Duz-It' under his belt, he fully embraced the playboy lifestyle, taking full advantage of the women that were throwing themselves at him. Calling himself a 'Thrillseeker' due to his predilection for unprotected sex, Eazy was known to have slept with up to ten women a day.

Although their antics were pretty much standard for a group of guys with easy access to money, alcohol and women, they were targeted by the police on numerous occasions, seemingly in revenge for the public mauling they'd received in 'Fuck Tha Police'. "The police harassed us a lot, especially on tour," Cube recalls. "They'd constantly pull us over, read the city ordinances, obscenity laws of what we could and couldn't say and tell us if we didn't comply we were going to jail. There were incidents all over the country."

As 'Straight Outta Compton' hit sales of a million copies, the group began to question the whereabouts of their earnings. When Jerry Heller presented them with cheques of $72,000 on the condition they sign binding contracts to Ruthless Records, Ice Cube refused, feeling that they were due much more. A heated exchange followed, and he left the group with nothing, suspecting shady dealings on Eazy and Heller's part.

The acrimonious split sparked a bitter rivalry with barbs traded back and forth in diss tracks with Ice Cube the subject of pure vitriol by his former bandmates throughout their next EP '100 Miles And Runnin' and next album 'Efil4Zaggin' (Niggaz4Life spelled backwards).

The album pushed themes of violence and misogyny even further and, once again, proved that their controversy was currency, shooting straight to No 1 on the Billboard chart. While N.W.A received no airplay due to their explicit lyrics, their media profile had never been higher. But the LA riots, sparked by the acquittal of four policemen who were filmed beating Rodney King in 1992, led many to re-evaluate N.W.A's message.

However, as their success grew, so did tensions within the group and Dr Dre was next to leave, again in a dispute over royalties. Though he wanted to quit the group, he was contractually obliged to stay and Eazy refused to release him from his contract – until he received a visit from Dre's new business partner, Marion 'Suge' Knight, a former bodyguard with a reputation for getting his own way.

In April 1991, Suge, surrounded by heavies carrying lead piping, confronted Eazy in a studio, saying that they were holding Jerry Heller hostage and would kill him if he did not sign a release on Dre's contract. Concerned for Heller's safety, Eazy complied, freeing Dre to form Death Row Records with Knight.