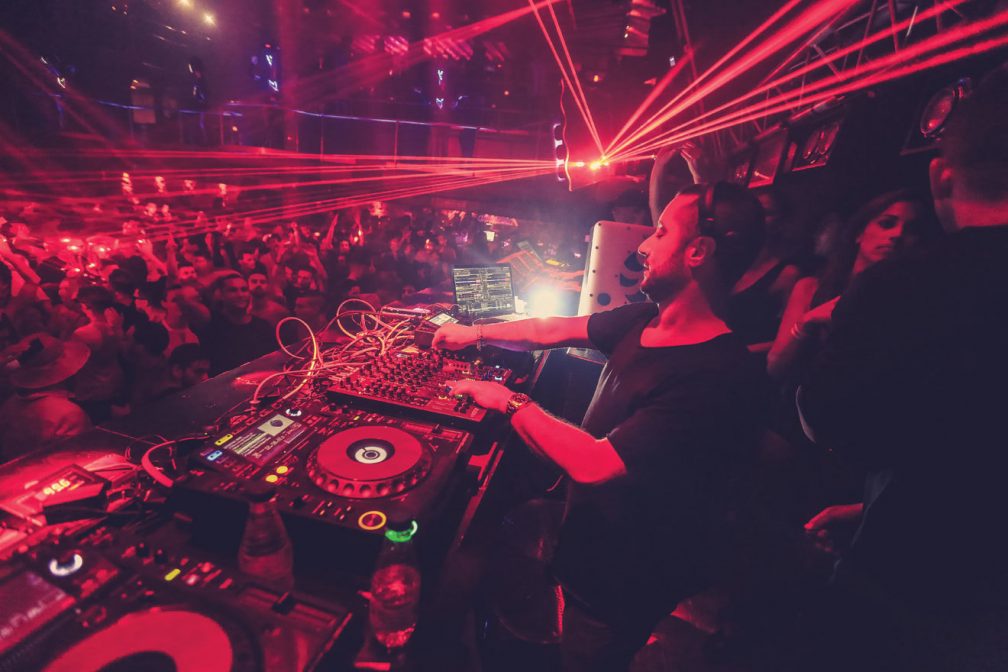 Similarly, Marco's set isn't out to win any awards for eclecticism; one signature Carola tech-house tune rolls into the next, tightening the tension of the room one notch at a time. But what it lacks in diversity it makes up for in unrelenting energy.

The craft of gunning a room the size of Amnesia is not an easy one. Sifting through the vortex of music a DJ must filter each week to find the select few tracks with the necessary energy is one skill. Applying them in a sequence that keeps a tight rein on a vast galloping dancefloor is another. Carola pulls it off week in week out, often playing marathon sets of nine hours or more.

It's this mastery of the big room that has kept him in the elite of the effects and laptop tech-house brigade since the early 2000s. He earned his place among them in the late 1990s thanks to a deluge of big hard techno EPs, albums and labels. His third 'Open System' album is still considered one of the best albums of the late 90s hard techno scene, and he became one of the era's leading big show DJs. While the BPMs might have been much faster, his signature knack for simple hooks, percussion and devastating dancefloor was apparent from his very first release, 'Hard Melody' in 1995.

In the early 2000s, though, the loopy hard techno scene was beginning to wane, and key protagonists like Richie Hawtin and Adam Beyer began to drift into the new wave of minimal techno sweeping the world. Marco's BPMs slowed as well (much to the howling rage of some of his die hard fans) but his knack for a big tune was as sharp as ever on tracks like 2007's 'Dancing Days' or 2008's 'Bloody Cash'. As the minimal wave swept the world, Marco dug in deep at the heart of the scene; Richie Hawtin's Minus and Plus 8 labels and Sven Väth's Cocoon night at Amnesia.

Carola was one of Cocoon's biggest draws thanks to the legion of Italian fans who flocked to his sets each season. In 2012 – and, according to Island insiders, much to the irritation of Cocoon – he decided to set up another techno night at the same venue. As career moves in techno go, it was about as ballsy at it gets. Marco's choice of Amnesia on Fridays was on face value suicidal, but it's proven to be a stroke of clubbing business genius.

Fridays were once considered a dead day for partying on Ibiza. There is a handful of DJs who can anchor a big night on the island, but most avoid Fridays, preferring to cash in on their regular weekend circuits. The only club to successfully make a go of Fridays was Pacha, thanks to the bottle service crowd that flocked in for a weekend break of glamour raving. Marco and Music On, however, had two aces up their sleeve.

Prior to Music On, Amnesia hosted a series of MTV parties which had failed to set the island on fire. But before that, Fridays at Amnesia were all about Made In Italy Ibiza, a night of house and techno firmly aimed at the huge numbers of Italian tourists in Ibiza. Thanks to its close proximity to Italy and similar Latin rave culture, Ibiza has always had a strong Italian connection. Made In Italy was long running Island institution, but ran out of steam when its biggest stars' powers of attraction began to fade.