Homobloc, it’s fair to say, is a vibe. A warm, bassy vibe you can feel from Manchester Piccadilly station. Which is testament to the way this self-described ‘queer bloc party’ has captured the spirit of Manchester’s most beloved 22-year-old queer clubbing institution, Homoelectric, which back in July announced its decision to upscale from regular parties in Cheetham Hill venue Hidden – its home since 2016 – to a 10,000-capacity event in the Mayfield Depot, a venue that has never been used for such an ambitious undertaking before. The event was all over social media in hours, and sold out in days. That’s what marketing wankers call ‘organic reach’, but if you ever uttered that phrase in the presence of Luke Una, or his fellow Homobloc organisers (and Homoeletric resident DJs) Will Tramp, Jamie Bull and Gina Breeze, they’d probably laugh you out of town.

“Homoelectric was a subconscious backlash against a very dominant mainstream, in both the straight and the gay scenes,” Luke Una tells Mixmag when we catch up with him in the busy days just before the event. When he finally has a minute he calls us back while “sheltering under a large maple tree, as it’s pissing it down while I’m walking my dog.” This is Luke Una to a tee: funny and informal, still the acid house evangelist he was when he started out as a DJ/promoter more than two decades ago. The ‘Una’ tag comes from his DJ duo with partner Justin Crawford, The Unabombers, who started their genre-mashing Electric Chair parties back in 1995. Later, in 1998, Una started Homoelectric with co-promoter Ryan Minchin, because as a resident of Manchester’s Gay Village he’d gone from being inspired by its abandon in the 80s to loathing its cheesy house and pop-based banality in the 90s.

Acid house remains the fire in Luke Una’s belly, even though these days he’s a bar and restaurant owner, too. It’s there as he greets us with a hug, trapper hat pulled low on his head against the cold, when we first meet in person. And it resounds when he tells Mixmag about his beloved city over the phone, pre-gig. “When I look at Manchester now, in thirty years I have never seen such unity among all the scenes. There’s naturally more warmth than there was. There’s almost an acid house feeling again, not necessarily in the sound of the music, but in the feeling that music really matters. Which I suppose, in these deeply toxic times, it does.” 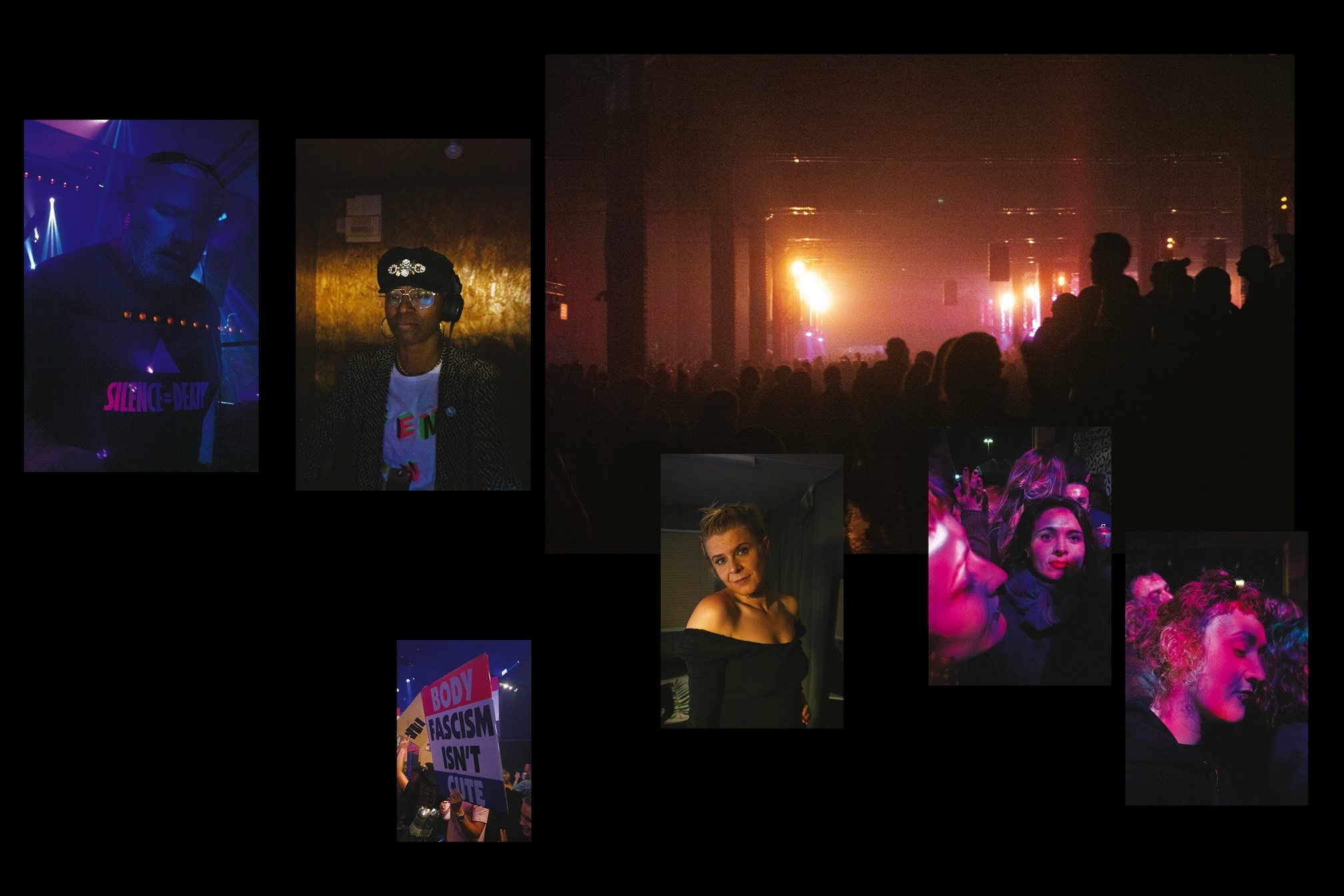 It certainly matters when we walk into the Depot, which feels more like the deck of an aircraft carrier, with Honey Dijon throwing down hard behind a cohort of barely dressed drag queens on stage. As she’s mixing in an acapella of Lizzo’s anthemic ‘Juice’ over raw house beats (with anyone else we’d think it was a remix) it becomes clear that while it might be about 6:PM in the normal world, here on Planet Homobloc it’s more like midnight. In fact, 5.30PM was the event’s last entry time, and the DJs seem to have taken that to mean its game on until to the 3:AM curfew now. Which is fair enough, because none of the ravers seem to mind a jot, Mixmag included.

Moving on from Honey’s already-bumping selections we find Prosumer taking the decks in The Concourse, the in-the-round house and disco environment that would become Mixmag’s favourite Homobloc stage. More intimate than the Depot main stage, the lighting has a lavender hue, the sound feels warmer and you’re on the same level as the DJ, something we’ve loved since London’s The End back in the day. Homoelectric’s Will TRAMP explains: “This is something that might seem minor to some people, but as a DJ it’s such a big thing: being on the same level as the crowd helps you feel what they feel.” Sadly, TRAMP’s set is done by the time we get inside, but Prosumer is firing up the crowd with some deep house deliciousness before handing over to Young Marco, who gets into a sinuous Italo disco vibe, Gino Soccio’s 1979 banger ‘There’s A Woman’ getting everyone loose with its libidinous drums and haunted vocals. And speaking of libido, it’s only fair to mention the performers: they’re a real highlight of the event as what seems like hundreds roam around, every conceivable body type on display, toting signs like ‘Gay For Róisín Murphy’ and ‘Pat Butcher Made Me Gay’ alongside more serious messages like ‘Body Fascism Isn’t Cute’ and ‘POC Trans Lives Matter’. They ensure that a night with a mixed crowd, in terms of youth, gender and sexuality, keep Homoelectric’s queer ethos foremost in their minds. It seems to keep everyone super-friendly all night, too, which is welcome in an event this size.

By now it’s time for Róisín Murphy’s live show. A Homoelectric favourite, she comes on stage wearing a black silky Zorro-like number like a fantastic disco bandit, backed by a swirl of awesome visuals of her various looks – and she’s clearly in her element. Her recent single ‘Incapable’ lands brilliantly, and when she ends with her old Moloko number, ‘Sing It Back’, she reminds us why she’s one of the UK’s most breathtaking but criminally underrated performers. 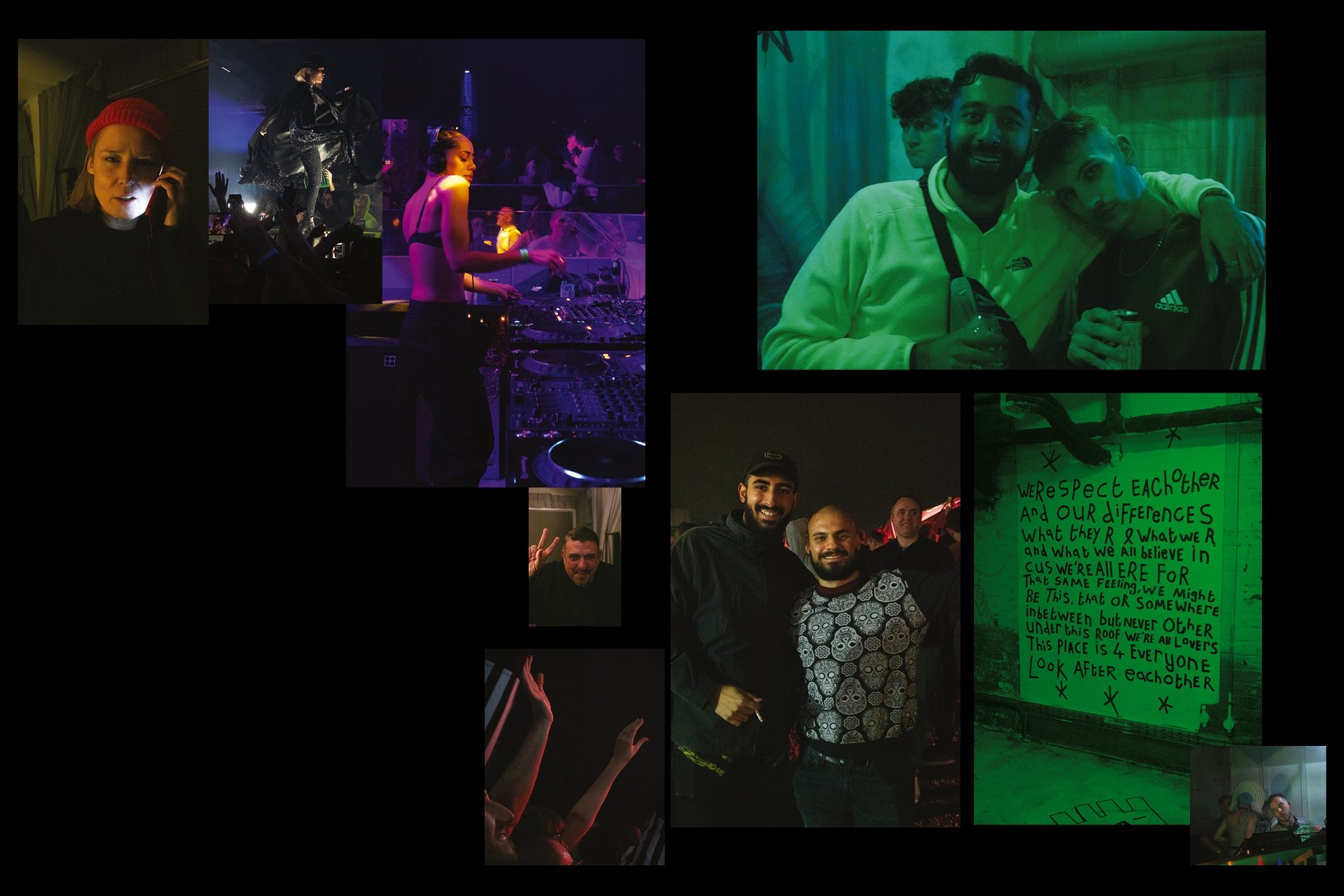 Next we drift back to the Concourse to catch Jayda G dancing as hard as the crowd to a jacking house moment: Louie Vega’s classic ‘Love And Happiness’. We move over to check out Erol Alkan and Ivan Smagghe in the Archive, playing back-to-back in a way they have never done before, but which recalls the best of Smagghe’s ‘Suck My Deck’ Bugged Out! compilation days with throbbing, sinewy house. This is probably Mixmag’s set of the night: two stalwarts of the scene ending on ‘Homosapien’ by Manchester’s own Pete Shelley, in suitably righteous fashion.

After this we sample a bit of Todd Terje, who plays the always-welcome ‘Sweet Dreams’, but to close a joyous event like this there could only be one main-stage choice: The Black Madonna. Marea always brings it at these types of affairs, but her choice of the House Gospel Choir and Adelphi Music Factory’s utterly storming piano houser ‘Salvation’ really summed up the warmth of the whole Homobloc experience. Sweet salvation, indeed.