The early 2010s were heady times for Melbourne’s dance music scene. Andras Fox, Mic Mills, Andy Hart, Francis Inferno Orchestra, Roland Tings, Tornado Wallace and Kate Miller are just some of the artists who have since emerged from that period and gone on to make an impact on a global scale with some incredible music.

Standing on the edge of that wave is Harvey Sutherland, real name Mike Katz. A little left of centre from traditional club music, the fellow Melbournian has been setting himself apart with his live show antics and minimalist take on disco since 2013. Whether performing solo or with his band Bermuda, a Harvey Sutherland live set is a Juno-fuelled delight, drenched in good vibes, dancefloor-filling grooves and a penchant for stylish performance.

Having dabbled in beats early in his career, Katz's first release was a tape of almost lo-fi 808 boppers with influences of electro and Italo. But the ear for melody and chord progression was always there and it really flourished on the ‘Brothers’ EP for pal Andy Hart’s label Voyager. Despite not being a trained pianist by trade (he's said in the past he’s only spent some time learning his minor 9ths), warm and intricate keys are always at the heart of his productions.

Good vibes, dancefloor-filling grooves and a penchant for stylish performance

A release for Motor City Drum Ensemble’s MCDE Recordings imprint was the catalyst for his current excursion. The ‘Bermuda’ EP felt like a full realisation of the organic path he had been edging down, a Rhodes-driven release that featured one-man string section and soon-to-be bandmate Tamil Rogeon.

Now Katz is fully focused on his own Clarity Recordings label, which has showcased his most recent material. Last year's debut release 'Priestess'/'Bravado' widely supported by the likes of The Black Madonna, with its blend of live drums, sublime melodies and hypnotic leads. Now a second longer-length EP is about to drop. Epitomised by the ethos of his label, as a self-described “aspirational musician”, Katz’s journey is one that is forever evolving.

Ahead of his second release, we caught up with Katz to discuss his label, freaking people out with a live show and how to get the most out of your handclaps.

Interview and exclusive stream of ‘Clarity’ below

Why did you start your label?

I felt that what I was doing with the Bermuda project, it existed in its own space a little bit and I had messaged a few labels that were kind of interested in doing a record but maybe weren’t sure about the band thing. In the end it was more just wanting to create my own space and my own community for that music.

Do you think artists are creating tracks to fit a label's sound and do you think that holds people back?

I’m guilty of doing that in the past. The MCDE Recordings thing, initially I had sent him a pretty straight-up house record, like a club banger thinking that’s the sound, that’s what has to happen with this label. And they were ready to push the button on that and I had this change of heart and I was like, “actually, no. Fuck that. That’s not the sort of music I want to make anymore” and it took another six months to do the more disco-leaning stuff which just felt better to me. It felt more like something I wanted to do; it was more organic and live.

Was that the moment you decided to fully explore the disco avenue?

Yeah that was definitely a catalyst. I just got a bit tired of house music.

Are you still tired of it?

Na, look, there’s a time and a place but I felt like it was around me a lot. I sort of felt like everyone was making a very similar sort of vibe and I was just interested in working with instrumentalists and getting back to the sort of music I used to make which was on a funk and soul tip. I’m not ruling it out and my solo live show, which I still do, is still very four to the-floor house orientated because it works. It’s an amazing kind of music for that club space. But being in Australia with all of these different kind of spaces, lots of outdoor things, you don’t want to restrict yourself in any way. 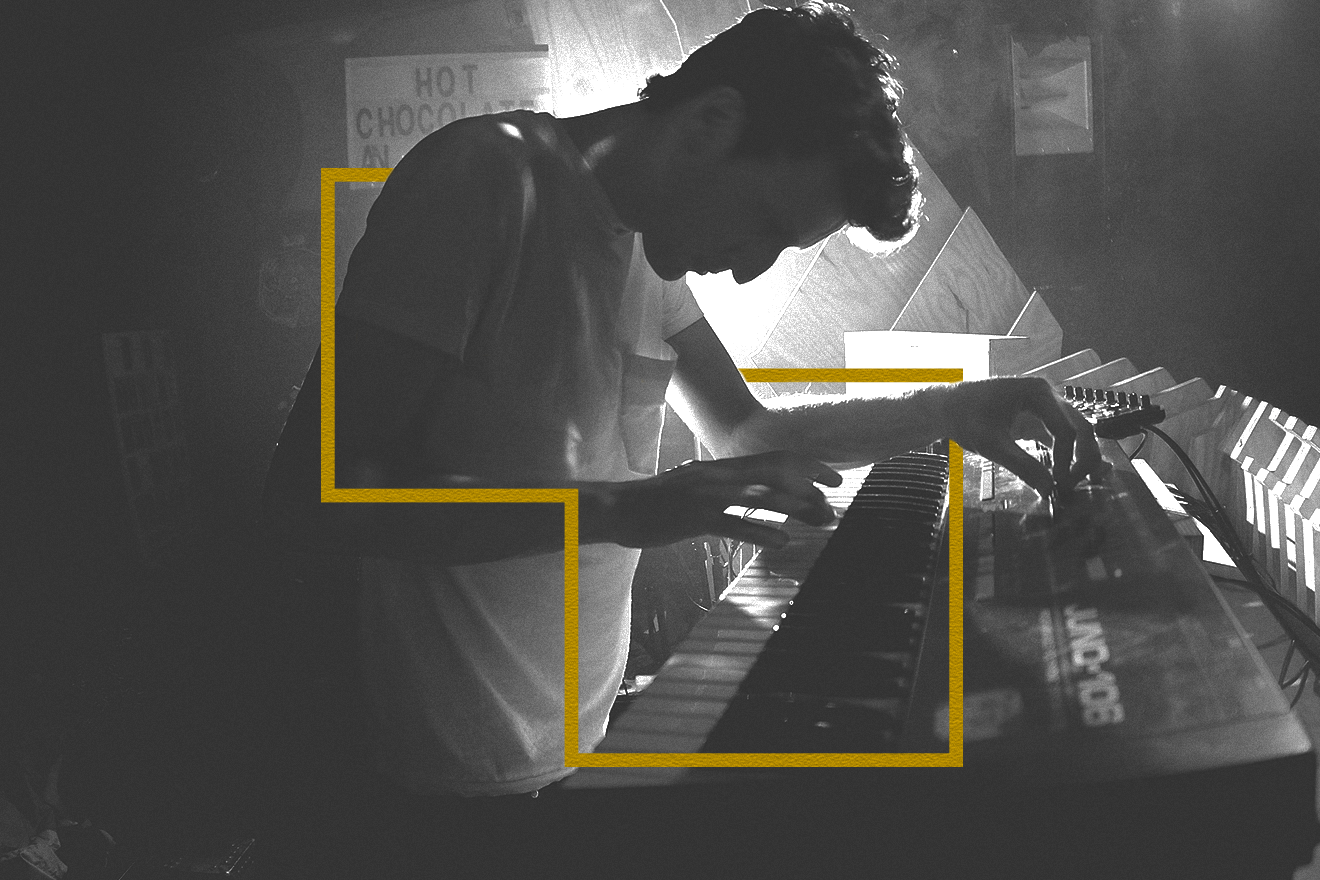 What do you envisage Clarity Recordings becoming?

I want to work with predominantly Australian artists. Not for any parochial reason but because there’s a lot of really great music that’s being made here that isn’t really getting an international platform. I want it to be done in a very kind of clean, minimal way where it’s just about great records and great music.

We’re just doing drums through four microphones and we’re recording to tape, and just real old processes and then trying to kind of make contemporary music from all of that old material so everything sounds really fucking gnarly and old.

Is that quite liberating? It seems people are always trying to sub-categorise what they listen to.

I’m hoping to release records where there doesn’t really need to be a categorisation. I’d like it to be a platform not necessarily just for dance records. I’ll definitely do a lot of DJ-minded records because that’s my world for sure, but I’d like to have the flexibility and the freedom to do some pretty esoteric stuff as well. Just do a small run of a weird jazz record or a one-off collaboration or a pop single. But the idea is definitely for me to be a part in every release on the label. If I’m not actually creating the music itself then I’m producing in the Quincy Jones sense of the word where you’re directing an aesthetic but letting people kind of do their thing.

You’ve always been an advocate of the live show, why do you think you never fully explored the DJ route?

I was DJing well before I was playing keyboards. I’ve always been into that side of the culture, but I’ve also been an instrumentalist and played in bands and for me to perform on a stage is to put on a show. Not saying that DJs don’t put on a show, but it is a different mash of those cultures. I really love club culture and the record collecting and the technical side of DJing and the building-a-vibe of club culture and I just want to try and introduce a band element to that vibe. I like freaking people out a little bit and challenging expectations.

Have you freaked anyone out yet?

I think we’ve freaked out a few people, I hope we have. I hope Tamil [Rogeon, violinist] has.

It’s kind of just that old-skool showmanship thing. I always loved Prince and those old-skool guys. It’s about the show; it’s about the performance. It can be a little bit ridiculous because in that space it’s like a suspension of reality and you don’t have to completely understand it to appreciate it.

Dance music needs more performance maybe… It needs more people making things. There’s been a real shift, maybe this is just from an Australian angle, but I’ve definitely felt like there have been more DJs and curators than people actually trying to create.

I don’t want to say more people should be playing live because it’s just what people feel comfortable doing in that space. Not everybody is an instrumentalist. Not everybody makes music in that traditional way. It’s a democracy. People can make things in new ways. I’m just a bit of a fucking old fogey I guess.

In terms of people needing to create more, is it simply that there needs to be more new music to play out in clubs?

There have been books written about this idea of looking back. I think it’s Simon Reynolds’ Retromania where he’s talking about music’s obsession with its past and its history. And you kind of see that in reissue culture and the endless digging of old music, like that’s more worthy and it has more value than new music… I hope the attention to old music transforms and you have more kids and more people who are inspired by that music and wanting to make new music from that. Rather than just coveting a record to then play out.

Do you enjoy playing solo or with the band more?

Definitely with the band. Putting the band together was sort of because I was tiring of playing solo and I was starting to play on stages and do festivals and stuff where I felt really alone up there. I just wanted to create a bit more of a presence and having a drummer and having a really intense frontman was sort of good for me to continue doing what I did. I’m a sideman in my own band. 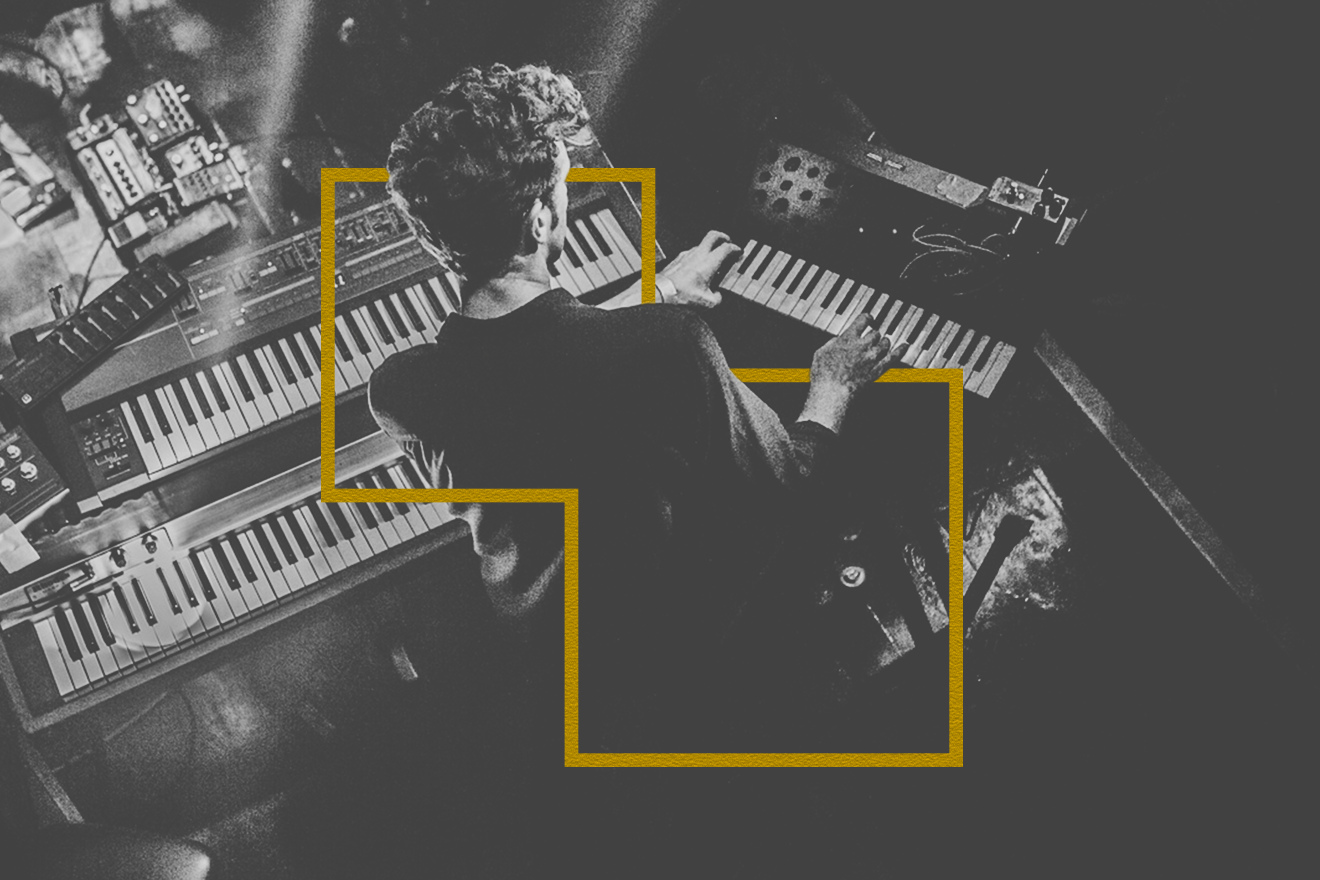 You come from a very vibrant Melbourne scene with Andy Hart, Tornado Wallace and many more. How influential was that on your music before everyone moved to Berlin?

It’s still influential, there’s still really great stuff going on. It’s just fucking exploded and not just from a dance perspective but we have some great jazz schools. So a lot of the kids coming up through that are a lot more influenced by what’s happening in the contemporary sphere, whether it’s dance music or soul and hip hop. And they’re all making new bands. I think Hiatus Kaiyote has a lot to answer for.

At what point do you think Harvey Sutherland is in his disco odyssey?

This is probably the peak of the disco odyssey. I think whatever the next record is it’s going to be a lot more considered and maybe a little less dancefloor orientated. Definitely still soulful and rhythmic and vibey but with the disco thing I think I’ve done all I can do. There’s only so many kinds of rhythms and vibes you can explore with the sound so I am interested in broadening a little bit.

You don’t feel the need to feed the beast?

No, if anything I might do another drum machine record. I’ve been stuffing around, pulled out the 808.

You need at least eight people in a room, good vibes, VB [Australian beer] and a really good unidirectional microphone.

‘Expectations’ is out on March 24 on Clarity Records