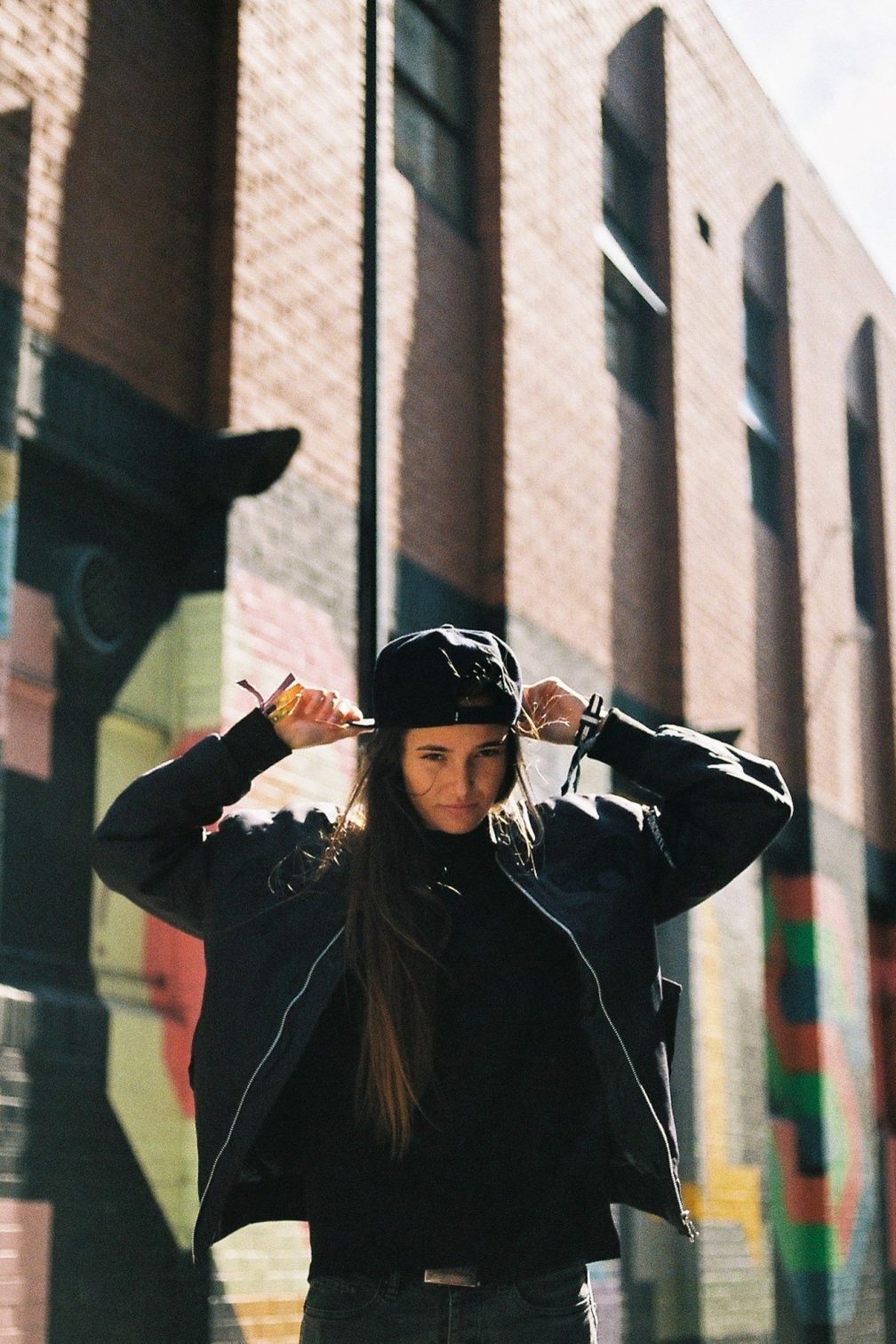 But to see her mix live – a blur of tattooed arms and whirling locks, dressed in the edgy tees and snap-backs of her clothes sponsor Concrete Junglists – or listen to her DJ Target 1Xtra live takeover, or April’s Radio 1 Friction guest mix, is to understand why promoters and labels have been queuing up. Playing all styles of d’n’b from pogo-tastic jump-up to big-

room vocal bangers and crunchy tech, and with a giddy sense of bashy abandon in the mix, the girl has got something special – even for non d’n’b crowds. “The maddest moment was doing a grime event, Eskimo Dance in Croydon, and they gave me a 15-minute set like all the grime artists! I thought, what the hell can I do in 15 minutes? I told the promoter, ‘You know I play d’n’b?’ He said ‘I know. Wicked’.”

Guided by some of the scene’s biggest presences including label boss Swift, man-mountain MC legend IC3 and SASASAS chief DJ Phantasy, Collins has begun to produce tracks alongside her increasingly hectic DJ schedule. If the last year is anything to go by, as well as owning festival stages this summer she’ll probably be soundtracking them too.

‘Minions’ by Mollie Collins and Rushmore is forthcoming on Charge Recordings