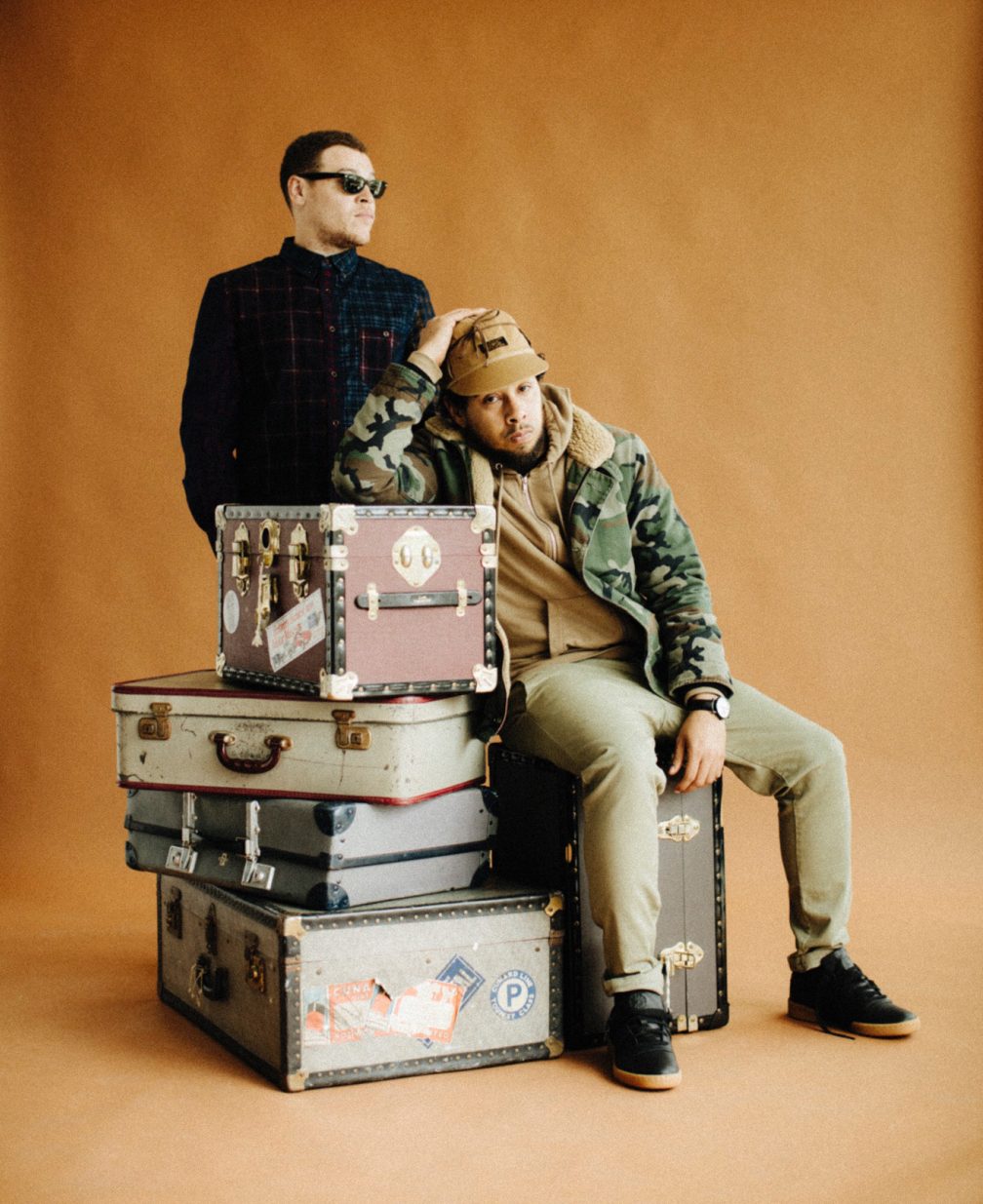 Listening to their tunes, you might recognise Tyler’s voice from modern d’n’b anthem ‘The View’, a collab with LSB and DRS, or Goldie’s most recent album, ‘The Journey Man’.

The latter was “more like a science project than making music,” Tyler says, but one that meant he “learned a hell of a lot and stretched myself as well.”

He took that experience into the making of their debut album ‘Travel Light’, which features vocals from DRS and Terri Walker and production from London house producer K15.

“I don’t think it’s going to shock anyone,” Konny says. “Sound-wise, it’s just doing what we do, but I think the only thing that’s slightly different is the execution of it. This one was more ‘No, that song isn’t going to make it because it doesn’t fit with the rest of the album.’” Sounds like fans of 2017’s ‘The Story So Far’ mixtape can rest easy knowing it won’t be much of a departure from their usual sound.

Summer’s looking busy. They’ve played Field Day, and a ‘pinnacle’ slot at Outlook’s Amphitheatre is lined up, but they reckon they’ll have to tour outside the UK in the winter to keep things rolling. France is the perfect starting place, right?

‘Travel Light’ is out on July 15 via First Word