Genesis P-Orridge's militant authenticity and abrasive slant shook up both the music scene and the queer community in the UK. Now, it's only right that their life is immortalised through a series of stories and tributes — Nonbinary is a brand new memoir from the visual artist, singer, songwriter, poet, and activist, who pulled forward an ageless post-punk and anarchic scene in the UK some 40 years ago. From performing with the seminal industrial and acid house group Throbbing Gristle to curating art shows and performances, Genesis P-Orridge continues the legacy of an avant-garde pioneer following their untimely death in 2020. An excerpt below from Nonbinary — co-authored by Tim Mohr — documents Genesis P-Orridge's harmonious friendship with Joy Division frontman Ian Curtis.

My feeling, looking back at my brief but precious friendship with Ian Curtis is that he and I were intensely similar. We were both born in post-war, bombed-out Manchester, and we both viewed our experiences in a minute-to-minute way, seeing life as a metaphor for an ultimately fatalistic destiny. We would often express this futility in self-hatred. For failing to make people understand, failing to make them really SEE the hypocrisies and the betrayals, the pain of existential dilemmas.


Ian would usually call me late at night. Perhaps it was from Jon Savage, or perhaps someone else, but he got hold of my private telephone number and began to call me. He would call me at odd hours to talk about Throbbing Gristle, to talk about my anarchic ideas on popular music. I had, after all, named a totally new genre of electronic rock, which imbued me with some serious credibility. 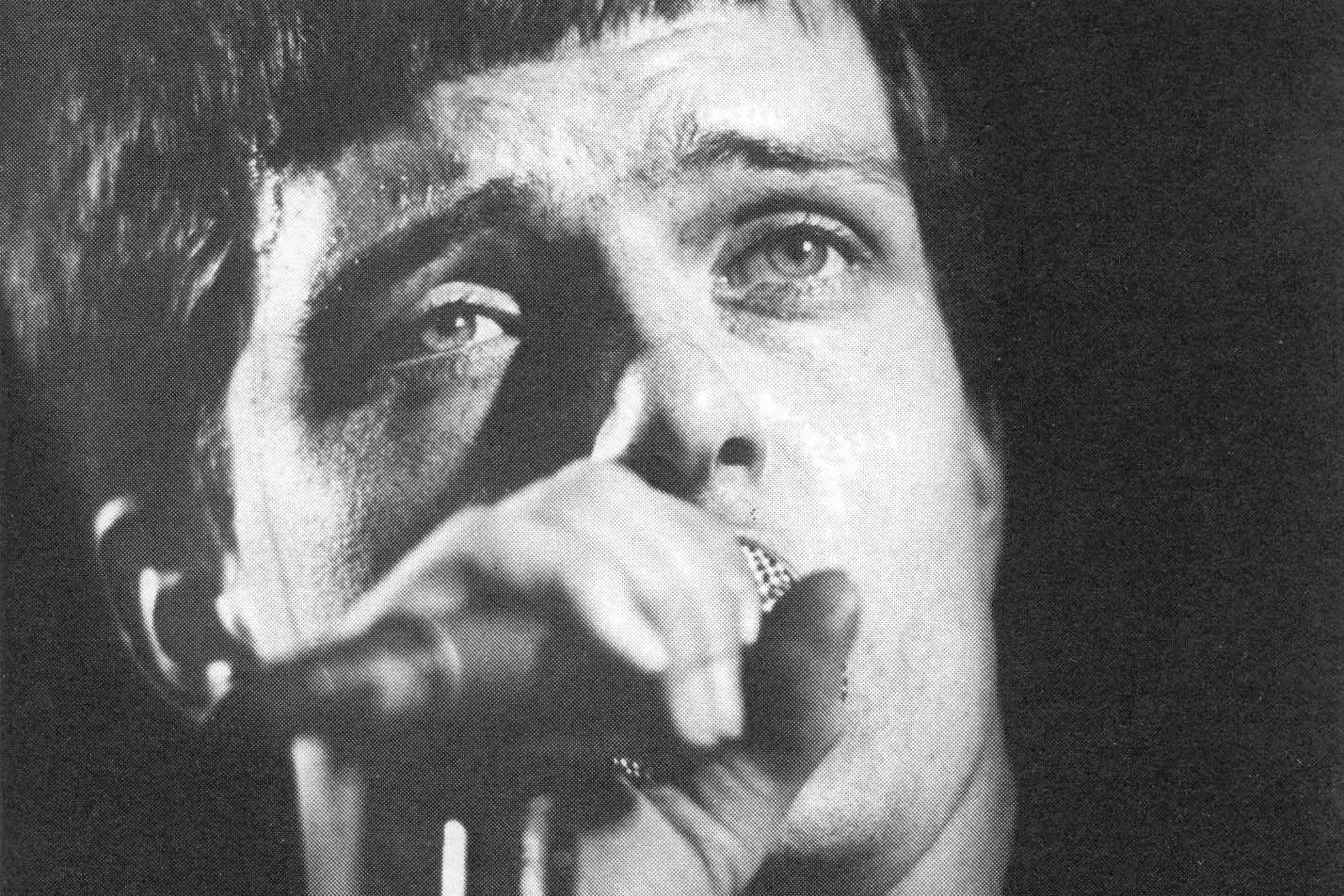 Ian was a great talker on the phone, and smart. He turned out to have been an aficionado of Throbbing Gristle from as early as 1977, when he bought our first album, Second Annual Report, mail-order directly from us. Apart from any common drive to subvert and inflame popular music, we would also talk about militaria, transgressive acts, Nazis, William S. Bur roughs, suicide, sociopathic tendencies, and, needless to say, depression and isolation.

When D.o.A. came out, Ian loved the track 'Weeping'. It turned out I wasn’t the only one who thought he was being used by his band. Ian felt the same way about Joy Division. We understood each other’s hopeless situation completely. We wished we were somewhere else with a group of our own, a new group.

'Weeping' remained Ian’s favorite song of mine. Sometimes he even scared me with his devotion to it. He’d play it to me over the phone and softly sing the words along with my vocal. Joy Division released 'An Ideal for Living' in June of that same year, 1978, and he gave me a signed copy. People ask me years later what Ian Curtis was like. What did he dress like? What kind of drugs did he do? What were his political views? What kind of music did he listen to?

He dressed scruffy. Pullovers. Jeans. Unremarkable.
He drank beer. Smoked a cigarette now and then.
He didn’t have any political views. Couldn’t have cared less.
We both loved Frank Sinatra. 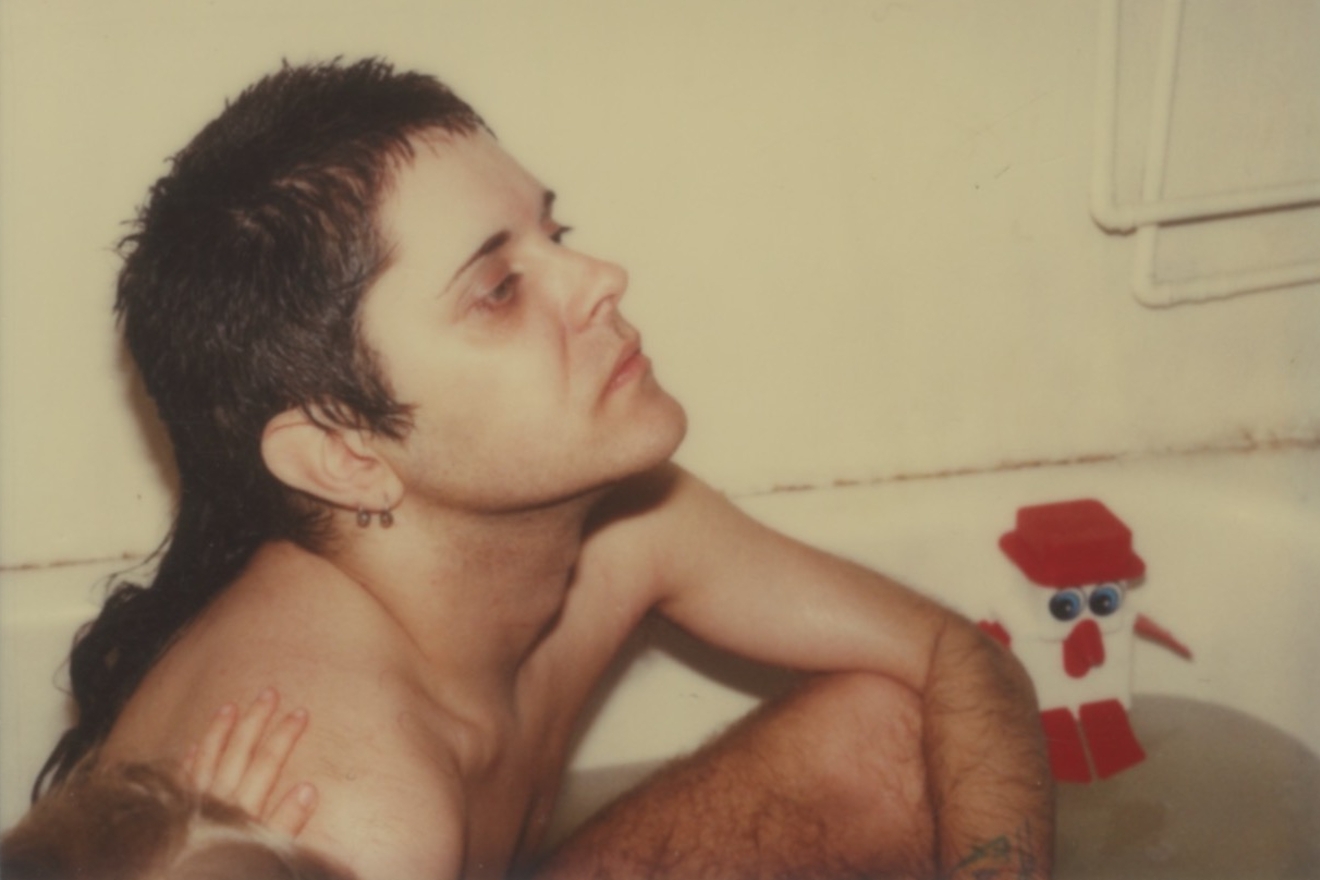 Listen to 'Closer' sometime, really closely, and you can hear the Sinatra influence. The careful phrasing. Sinatra’s phrasing blew Ian away. One time I can distinctly remember the two of us sitting in my squat in Hackney, listening to “Laura” sung by Sinatra. It must have been the middle of the day, because I remember turning up the stereo to drown out the sound of traffic outside. Ian was staring at the jacket of the LP as if it were some holy document.

He liked Jim Morrison, too. And the Velvet Underground’s nihilism. But he liked Sinatra more. Some afternoons we’d kill time in a Nazi memorabilia shop called Call to Arms, run by Chris Farlowe in an Islington antiques mall. Chris had a hit single covering 'Under My Thumb' by the Rolling Stones, using the resulting windfall to indulge his Nazi passion. I had bought one of Hitler’s table knives from the Berlin bunker silverware there for just ten quid.

Ian would paw around some of the uniforms, try a jacket on. A Hitler Youth belt. He thought the Third Reich had the best uniforms, that Speer had a really sophisticated sense of style. Most of the time, we walked right back out, empty-handed.

The rest of his band was always into getting drunk in some pub somewhere. They didn’t get him. Never would. They’d tell him to have another beer and shut up.

Do you think he’d ever dare tell them he’d been listening to Frank Sinatra? There were only two people he really confided in by late 1979 and early 1980. One of them was Annik, this beautiful Belgian woman who worked for the record label Factory Benelux; he’d met her on tour, with her perfect pouty lips shaped by speaking French in that super-seductive way. He was so in love with her. He was still married to Debs, and they had a baby daughter, Natalie, too, but there was no going back.

I was the other person he confided in that fatal year. I was his father confessor, in a way. I was ten years older. It was never a matter of having some deep conversation, some tearful heart-to-heart. He wasn’t like that. In fact, I remember the silences more. Long silences. So much guilt-filled those brooding silences. His eyes lighting up when he suddenly had come to some firm conclusion deep in his mind.

Once he reached for his pack of cigarettes, then remembered I didn’t allow him to smoke in my apartment. I hated the smell. We’d been talking about the upcoming Joy Division tour of America. The conversation had dropped off earlier. But now he’d circled back. 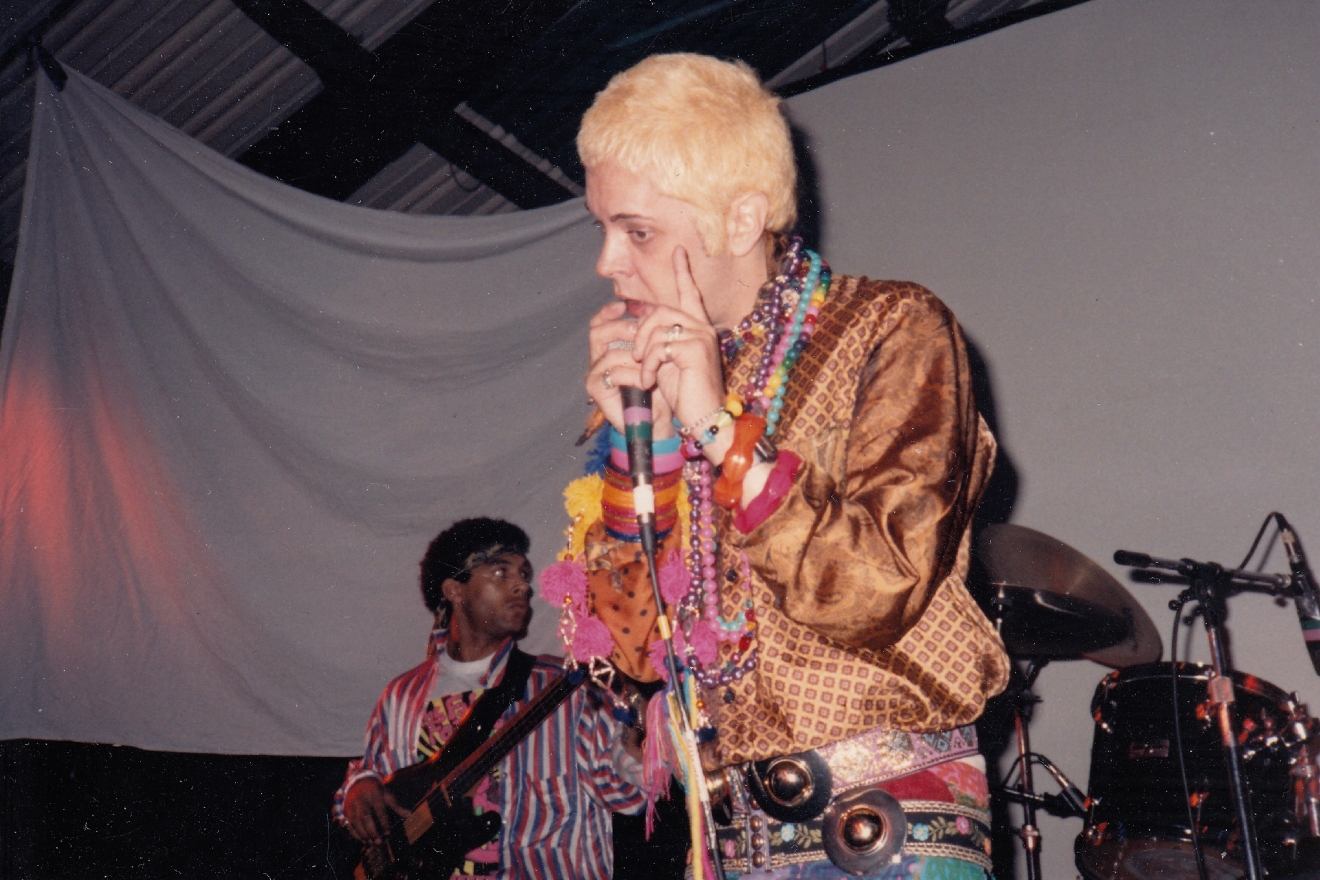 “They keep telling me I’m going to be on tour,” he said. “But I’m not going to do it.” It seemed as if a weight had been lifted. Decision made. He had a sense of invisible, relentless steamrollering behind the scenes, and this was compounded by feeling he had ended up exactly where he didn’t want to be. Feeling obliged to take part in a truly dreaded American tour. He spoke of a sense of betrayal, of being used, of claustrophobic relationships, his fear of flying, letting Deborah and Natalie down, disappointing Annik, who he truly loved, of being eaten alive by everyone and destroyed. He felt weak and trapped. Sucked dry. It was a toxic combination.

He believed that his own lack of courage had created this situation. Commercial blackmail and misplaced loyalties had destroyed the integrity of Joy Division. Matters had somehow been shabbily manipulated in such a way that, despite his cries for help, he was scheduled to fly to the U.S. on May 19, 1980.

“Shall we listen to ‘Laura’? ” I said, reaching for the Sinatra LP. He nodded his head, in a mildly better mood suddenly. “Cheer you up?”, “Laura is the face in the misty light...” Ian sang, smiling at me as I set the needle down. A few seconds of static and then that perfect, gem-like phrasing.

A few weeks went by before I heard from Ian again. It was one of those late-night phone calls. We were talking about Throbbing Gristle again, and he told me he wanted to be as irreverent, innovative, and provocative. He’d seen a small pressing of our single 'We Hate You (Little Girls)' backed with 'Five Knuckle Shuffle', which had been packaged and designed by Jean-Pierre Turmel of Sordide Sentimental. Ian loved all the artwork and the concept of a limited-edition seven-inch single. 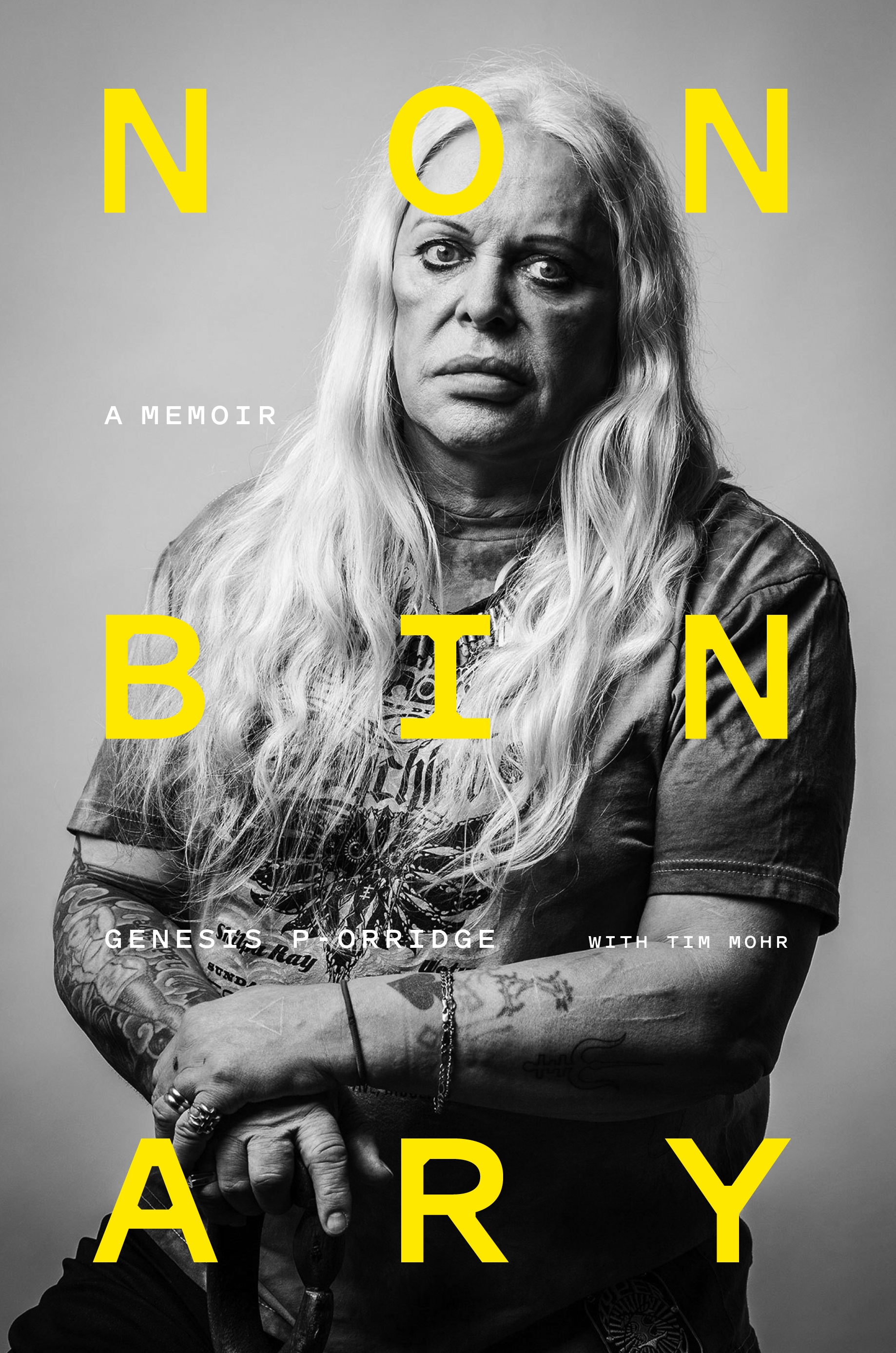 I’d met Jean-Pierre through the mail because he’d ordered a copy of Second Annual Report and went head over heels for it. He felt it was the next step in culture, the next move. He sent me a copy of what was then a fanzine, Sordide Sentimental, and in a subsequent issue, he wrote a deeply philosophical six-page review of the LP. He sent me that, along with a translation, and I was pleased someone took us seriously: unlike most of the English music press, that, if they initially liked the record, liked it just for being “weird.”

Anyway, Jean-Pierre and I became pen-pals, and he wanted to transform his zine into a label - a label that wasn’t just releasing records, but was releasing packages that were sort of cultural anarchy, strategies to change the way people perceived things. Of course, he wanted to do the first, because we’d inspired the shift in his perceptions and his aesthetics. Then he invited LouLou Picasso to do the cover art, because he wanted to have different artists do the covers of the things he released so that he was also engendering support of the art world and showing that that, too, was in flux.

“Do you think Jean-Pierre would be interested in doing a Joy Division single, Gen?” he asked, seemingly unsure.

“I know he would, Ian. He is already a great admirer of your band.” He seemed surprisingly unsure that their music would be interesting enough. I told him I’d connect him with Jean-Pierre in Rouen. And that’s how 'Atmosphere' happened, released as a limited single by Sordide Sentimental: Joy Division’s most valuable musical artifect and, in my opinion, still their most perfect song.

Genesis P-Orridge's autobiography, Nonbinary, is on sale in the UK on October 22 via Abrams Publishing. Grab your copy here.