Uploaded discreetly to SoundCloud in the summer of 2013, 'Wanna Party' set the internet ablaze and quickly became an anthem among Night Slugs and Fade To Mind devotees. An incisive peak-time rap track featuring the nimble lyricism of Tink, it announced the beginning of Future Brown, a collaborative project between Fatima Al Qadiri, J-Cush and Nguzunguzu.

For two years, the group remained tight-lipped about their debut self-titled album and its lengthy list of guest vocalists. Their output was constrained too, limited to a link-up with Ruff Sqwad's Prince Rapid, Dirty Danger and Roachee and a 'Wanna Party' remix, which brought New Orleans-born rapper 3D Na'Tee onto the track. Fans were left hungry for any morsel, any beat, to be served from the FB studio. Though they've been active playing clubs and festivals since forming, we were still left wondering just what they were cooking.

'Future Brown' has just been released on Warp, and while it's aesthetically coherent (there's definitely an FB 'sound'), it brings together rhythmic styles and lyrical personalities from several different backgrounds. A total of 18 MCs feature on tracks that are heavily influenced by rap, grime, r'n'b, dancehall and reggaeton. And now the record's landed, Future Brown can finally speak. 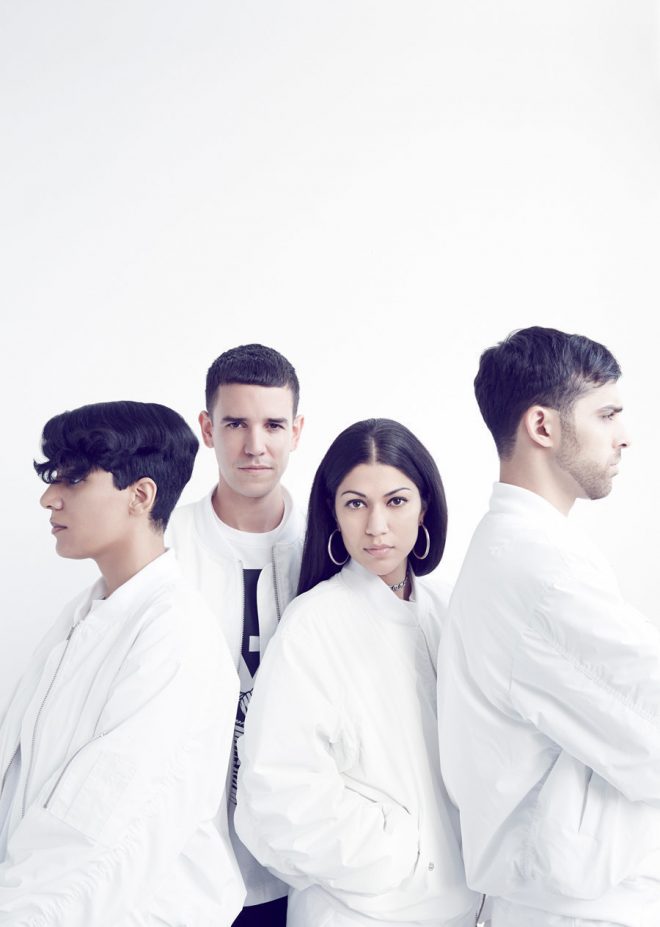 "This is a dream project for all of us. Trying to do something like this is so ambitious," says Fatima Al Qadiri over lunch at Villandry in central London. "But by the grace of good fortune in the universe we made it happen. And you can hear it." She puts the emphasis on 'you' – meaning the fans, the journalists, the curious onlookers who will listen to the album – presumably because she wants the music to dispel any negative preconceptions that might surround the project, with its ties to the worlds of modern art (their first public performance was at MoMA in New York) and fashion (they've provided music to super-hip clothing brand Telfar, and wear Hood By Air in their press shots). "The only agenda was to make an album with vocalists," she says. "It was a very pure thing."

Future Brown have hooked up with a raft of Chicago rap talent including Timbaland protégé Tink, inimitable young duo Sicko Mobb and seasoned Def Jam associate Shawnna, among others. Then there's the aforementioned Ruff Sqwad members as well as Roll Deep's Riko Dan, who've all served grime for time and represent London town.

From New York come Ian Isiah and Maluca, Kingston dancehall MC Timberlee also features, as does LA-based Fade To Mind star, Kelela. Like Fatima says, the concept is simple: the group hit up their favourite vocalists in order to work with them, approaching the album like fans daring to dream big. "Our music is mostly instrumental," she says – before J-Cush jumps in: "But we love vocals. Rappers, MCs, singers" – "So we knew if we pooled our strengths we could create something really compelling," Fatima finishes.

And they've managed to achieve their mission. Each beat is finely sculpted and the lyrical performances are on-point, with the album's irrepressible energy coming from its diversity. Female voices are prominent on 'Future Brown', and women turn in some of the hottest verses. Tink leaves scorch marks on 'Room 302', Shawnna puts 'Talkin Bandz' in a headlock and 3D Na'Tee slinks dangerously through 'MVP'. You might not normally find a gay singer alongside a dancehall MC either, but Ian Isiah and Timberlee kill it on their respective tracks. Then there's the counter-point between delivery styles (Riko Dan's jagged patois next to Sicko Mobb's melodious, autotune flow), rhythms and atmospheres, which flow seamlessly between hot and cold, fierce and sensual, threatening and celebratory.

"We come from different places and it was really about the melting pot of it all," says Asma Maroof, one half of Nguzunguzu, before adding, "That's the brilliance of the internet as far as working on music; that's what made it possible. You can connect with people." 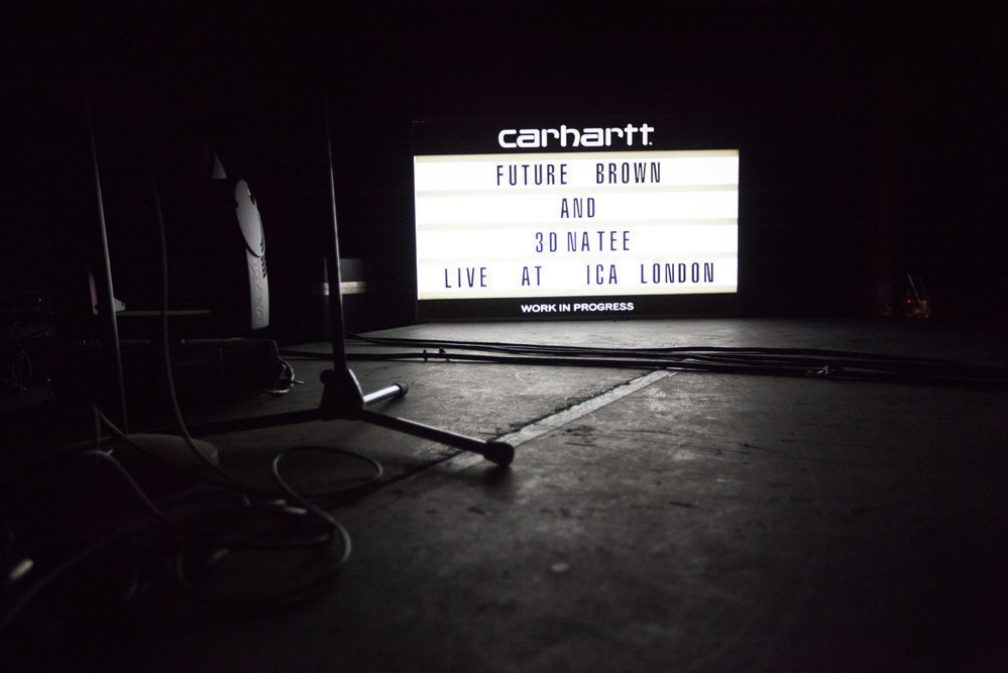 With the help of Charles Damga, the UNO NYC label boss who helped manage the project and acted as a patron to Future Brown, the group chased down collaborators via social media and email – something which proved, in some cases, to be a long process. But they got there in the end, and they spent as much time in the studio with the vocalists as possible. "When we finally got 3D Na'Tee, she called me and asked, 'You guys have an idea?' She was wondering about [lyrical] themes," Asma says. "I was like, 'No, just do what you want. Really, we just want you to double-time the beat.' And she was like, 'Alright, I'm gonna kill it.' In her verse, she even says, 'Told Future Brown imma kill this track!'" The group chat excitedly about working with Tink, the 19-year-old rapper who's blown up since she laid down two tracks in four hours with them in 2013. "I've never worked with anyone that gifted before," says Fatima, while J-Cush enthuses about the way Tink wrote her lyrics from scratch and performed them in one take. "To watch how people's brains tick is fucking cool," he says. "You're coming at if from the perspective of a producer, but you also have that innocent love of the music of a fan. It's a weird duality that I never thought about."

The love is visible at the ICA in London on a wet February night. It's the first of a round of album launch parties that Future Brown are playing, and an expectant crowd file into the black box performance space wondering just what Future Brown will present (a recent show in Miami featured a flyboarding performance, and the 'Vernáculo' video beamed on to the side of a art museum). But despite the avant-garde setting, we might as well be watching the group play tracks to each other in one of their bedrooms. There are no frills, no gimmicks: just music. They take turns to DJ, swapping quickly, ignoring a few off-beat transitions and going wild for each tune that rolls out. When not DJing, Fatima and Asma spend most of the time wiling out with their hands reaching high above their heads (despite Fatima's broken knee), and the set only turns into a 'show' when the Ruff Sqwad boys and Riko Dan take the stage. Like Fatima says, at the core of all this is something very pure.

'Future Brown' is out now via Warp