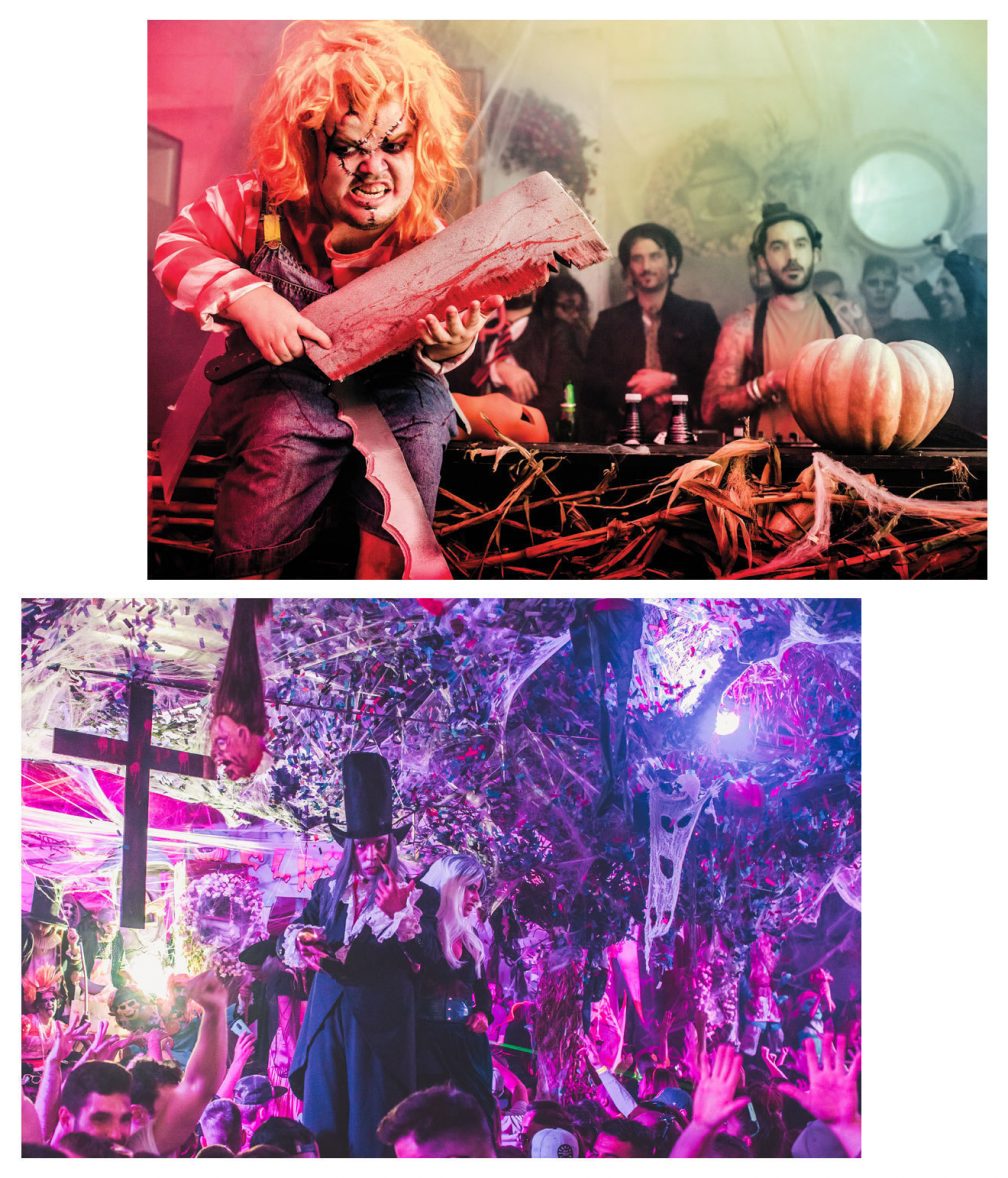 Indulging the senses in a club is nothing new, but Elrow’s recipe combines to form an experience that is unlike any other in the sphere of dance music. There are 300 people working onsite at the Halloween event, including 100 actors. “Often our audience loses all connection with time,” says Head of Performers Niccolo Grazioso, describing the role his department plays in transporting the dancefloor to a realm beyond reality.


At times it becomes hard to differentiate between crowd members and actors, with everyone in sight throwing themselves head first into the chaos. But while the spectacular production and a focus on experience is one part of Elrow’s appeal, the music and programming is the second element, and the reason why Elrow hits that sweet spot every time. A well thought-out booking policy that focuses like a laser on those DJs who fit as ‘Elrow DJs’, who share the same spirit of abandon, means a stable of regulars that include Eats Everything, Seth Troxler, Joris Voorn and Patrick Topping.

As the confetti cannons fire their final payload over the crowd and midnight draws in, hands raise fervently to the heavens in the engulfing flurry of paper. Dancers lose themselves in a scene that Santé, one of the artists on the bill (note: not headliner, that’s a title reserved for the crowd), describes as “like being in a colourful cave”. It remains completely packed inside right up until the final beat, and whistles of appreciation ring out for a long time before the crowd slowly and unwillingly accept the return of reality and head to the exits, still tangibly thrilled from the day’s dancing-cum-adventure.

“Promoters need to be more creative in order to survive in the industry now. I think the market is going to kick out people who don’t really love the business, or love helping people have fun or be happy,” Juan Jr told us earlier that afternoon. Seeing the CEO immersed in the thick of the action, sporting a nasty-looking faux wound on his forehead, just reinforces Elrow’s real secret: they don’t just throw parties. They live them.