Cast your mind back to 2003. Beyonce released 'Crazy In Love', the Concorde took its final flight but most importantly, something was born that would change the face of popular dance music as we know it. That's high praise indeed for an independent label that set up shop in Paris but Ed Banger's contribution to electronic music can't be understated, nor undersold.

From the genius mind of Pedro Winter, the man they call Busy P and also the man who helped carve Daft Punk into the world conquering machine they are today, came a record label that effortlessly brought the rowdy, rebellious aesthetic of rock and intertwined it with sparkling synths, killer kicks and bouncing basslines.

Ed Banger didn't just release dance music, it introduced a generation to it. 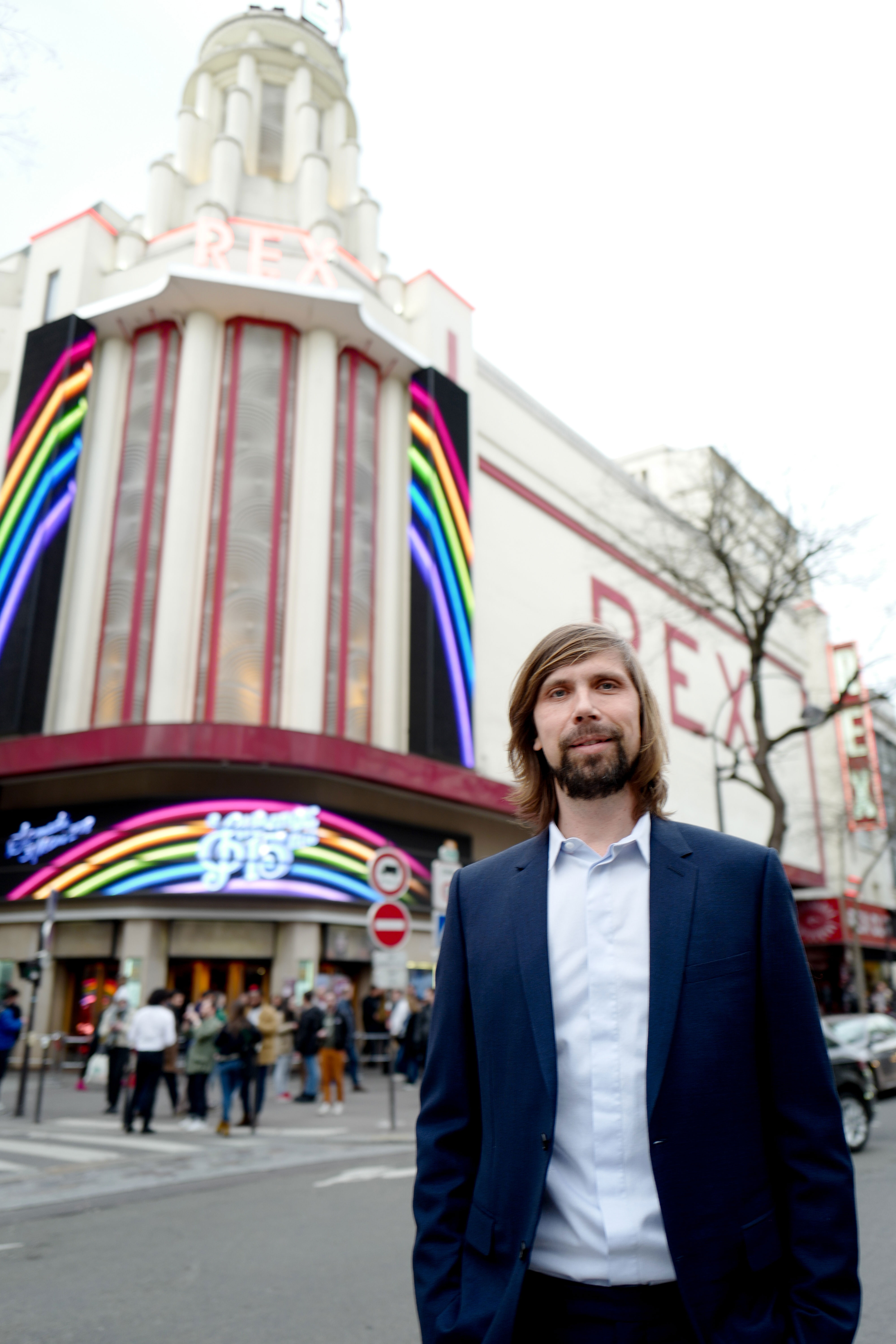 On March 31, the label turned 15 years-old and if any of the other outrageous birthday parties were anything to go by (see the 10th birthday party where they turned La Grande Halle de la Villette into Ed Bangerland) this would be a night to remember. Unsurprisingly, it was.

With a party held in its hometown comes a certain kind of hype, a special buzz and one that you could feel coursing through your veins as you walked up to La Grande Rex. It made perfect sense for a slice of dance music history to be held at Paris' oldest venues and with queues steaming round the blocks, filled with a who's who of French DJ talent, it was evident that everyone wanted to come along for the ride.

"Ed Banger is a family thing, there is no point of doing all this alone. I’m happy and proud to be surrounded by those talented people." says Pedro and the two-part extravaganza made sure there was a seat for everyone who contributed to the label's legacy. 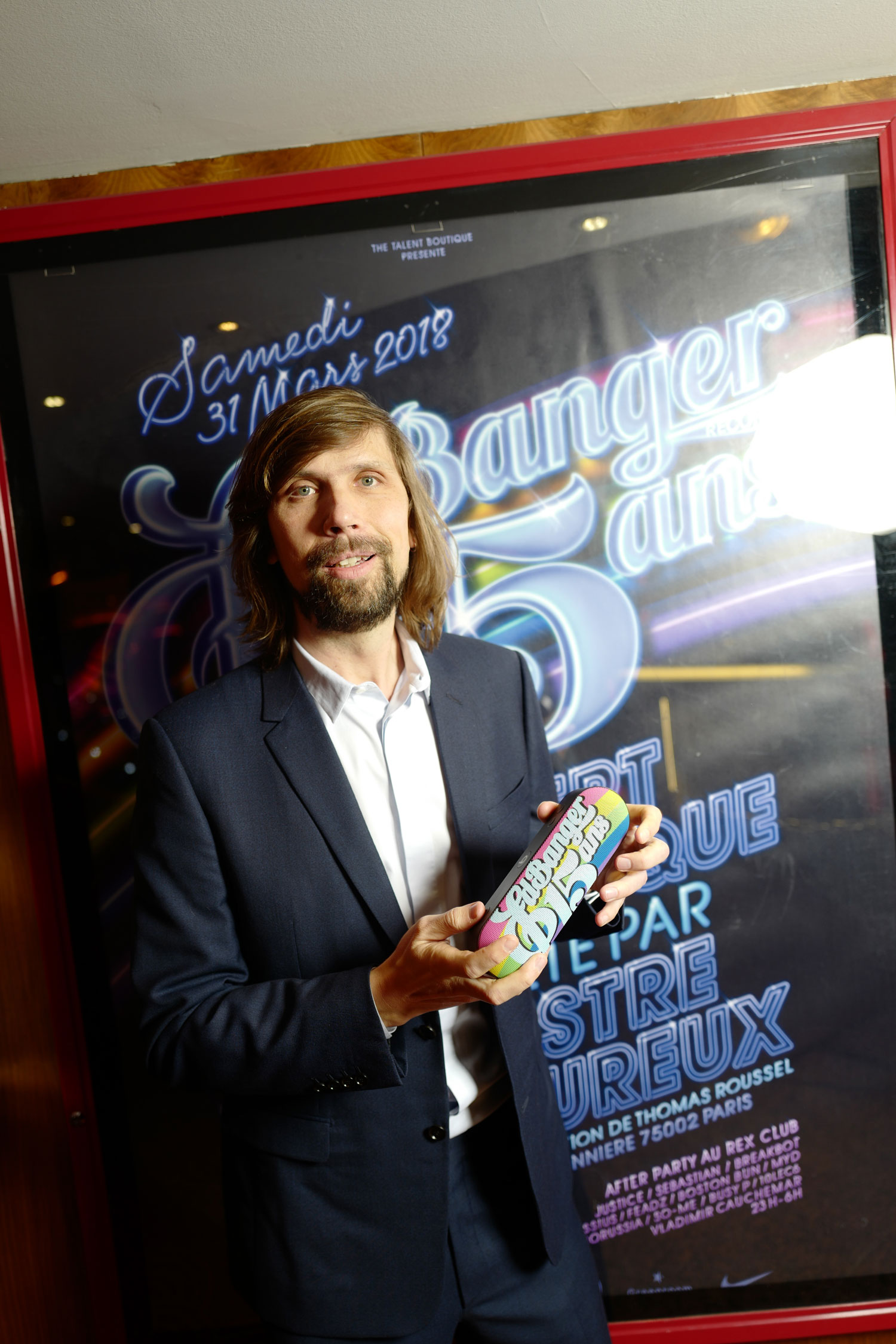 As you entered Le Grand Rex, it was like being a kid in an Ed Banger sweetshop. There was light up candy-floss, photo backdrops with Ed Banger balloons and listening stations provided by Beats By Dre that had specially curated playlists by the artists for you to wile out before the main event. Beats went all-out for the occasion and as official collaborators, they even created a special Ed Banger 15 year Pill for the artists.

About, the collaboration, Pedro said: "When I approached them to tell them about my project I felt they were into it. We’re bringing people together, that’s why it was so easy to work together."

The rise of dance music orchestras in today's scene is something that's been heavily documented and discussed, with some proclaiming their love for the classical renditions while others have expressed a distain for turning bangers into ballads but as has always been the case with Ed Banger, nothing is done half-heartedly.

The first part of the evening saw the Lamoureux Orchestra, a 70-piece ensemble led by the unbelievably-talented Thomas Roussel perform Ed Banger's most beloved hits over the years in a grandiose way that was befitting of the occasion. To put it simply, it was an emotion-laced tribute to the music behind the magic. 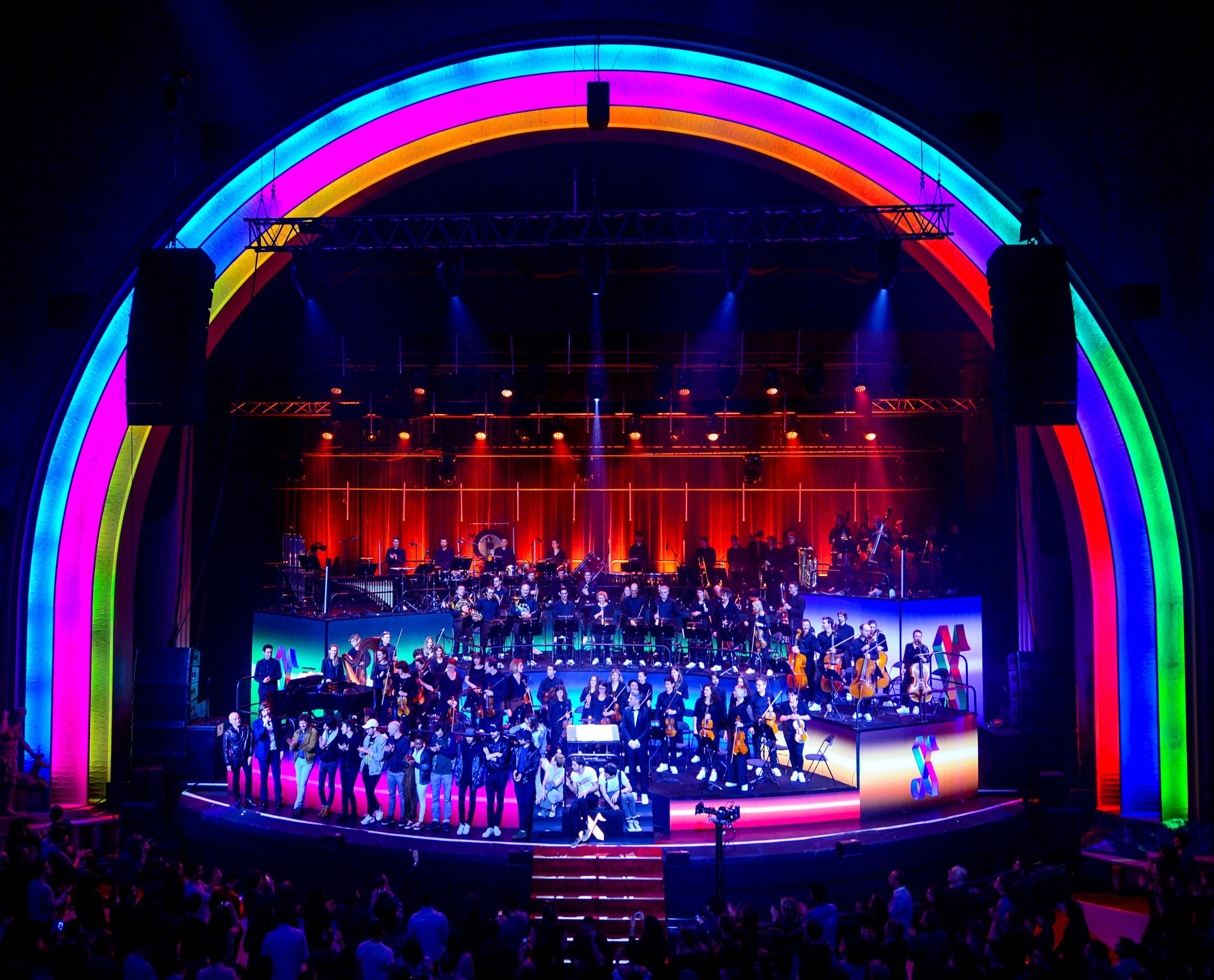 Tracks from the likes of Breakbot, Cassius and SebastiAn were re-imagined in birthday style and every big moment over the years was transformed into a poignant ballad, none more so than the music of the late DJ Mehdi.

A staple of Ed Banger history and an artist who's legacy will remain forever, hearing Mehdi's biggest tracks like 'Pocket Piano and 'Signatune' played by the orchestra sent shivers down the spine and provided lumps in the throat.

Of course, an orchestral rendition of Ed Banger's biggest hits wouldn't be complete without some Justice would it? The French duo received the largest amount of reworks and classics like 'Stress', 'Genesis' and 'Waters of Nazereth' floated around the joy-filled room.

As far as birthday bashes go, this one was off to a flying start. How could it be topped you ask? Well a trip downstairs to the Rex Club would ramp up the nostalgia and energy levels even more. Strings were promptly swapped for synths as an all-star cast of Ed Banger's finest headed to the historic dancefloor to remind everyone of the tunes that defined 15 years. 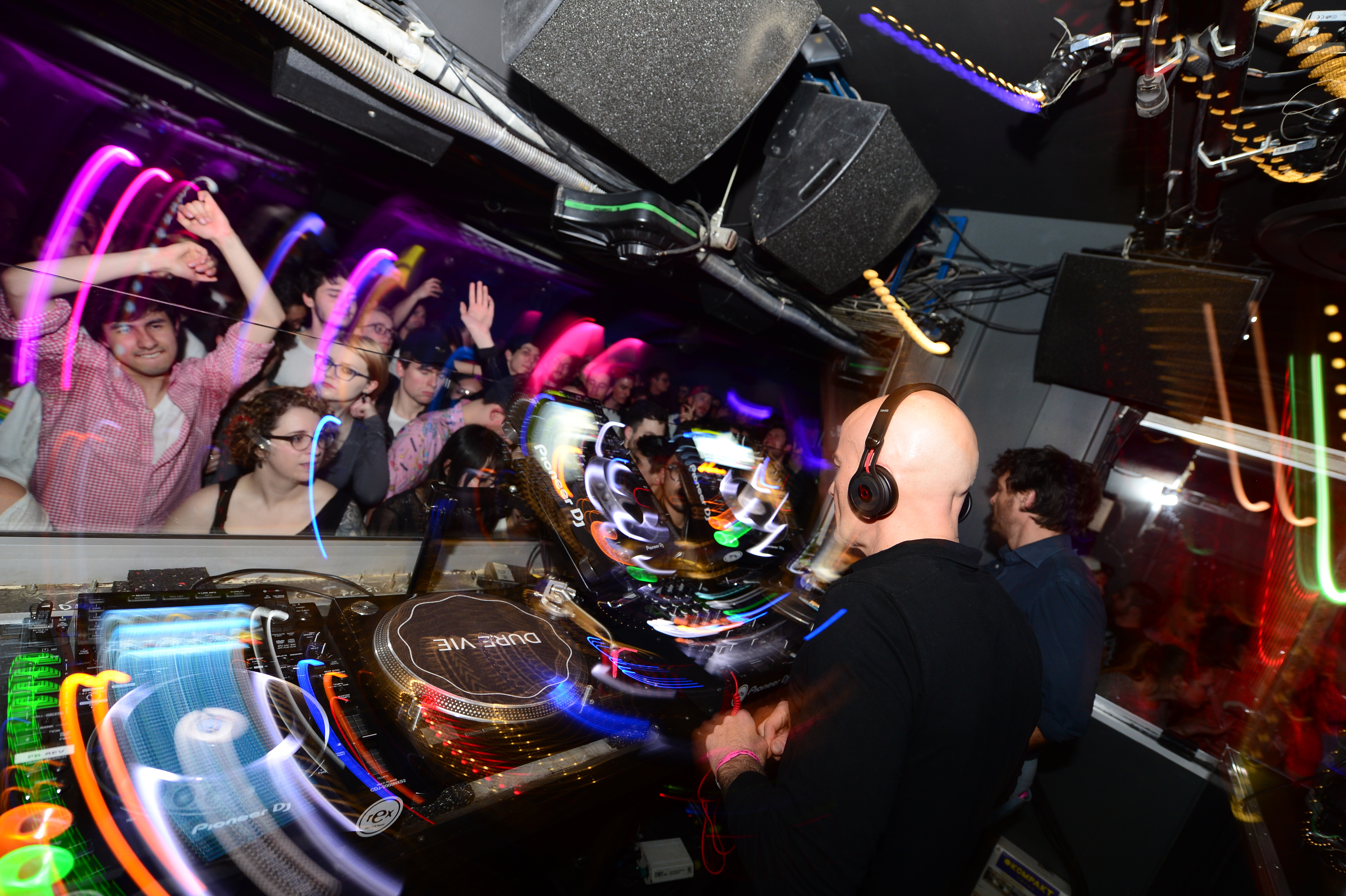 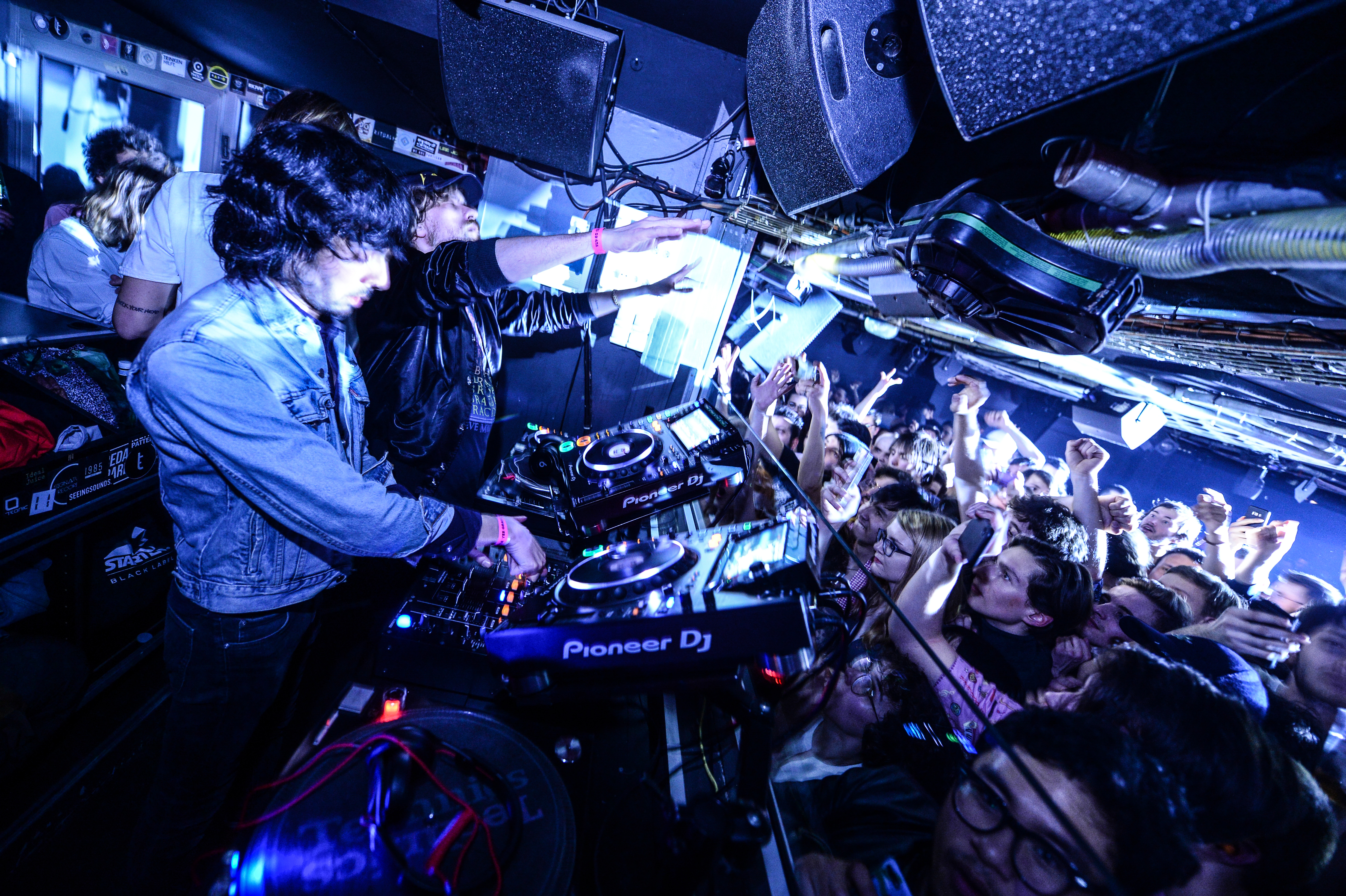 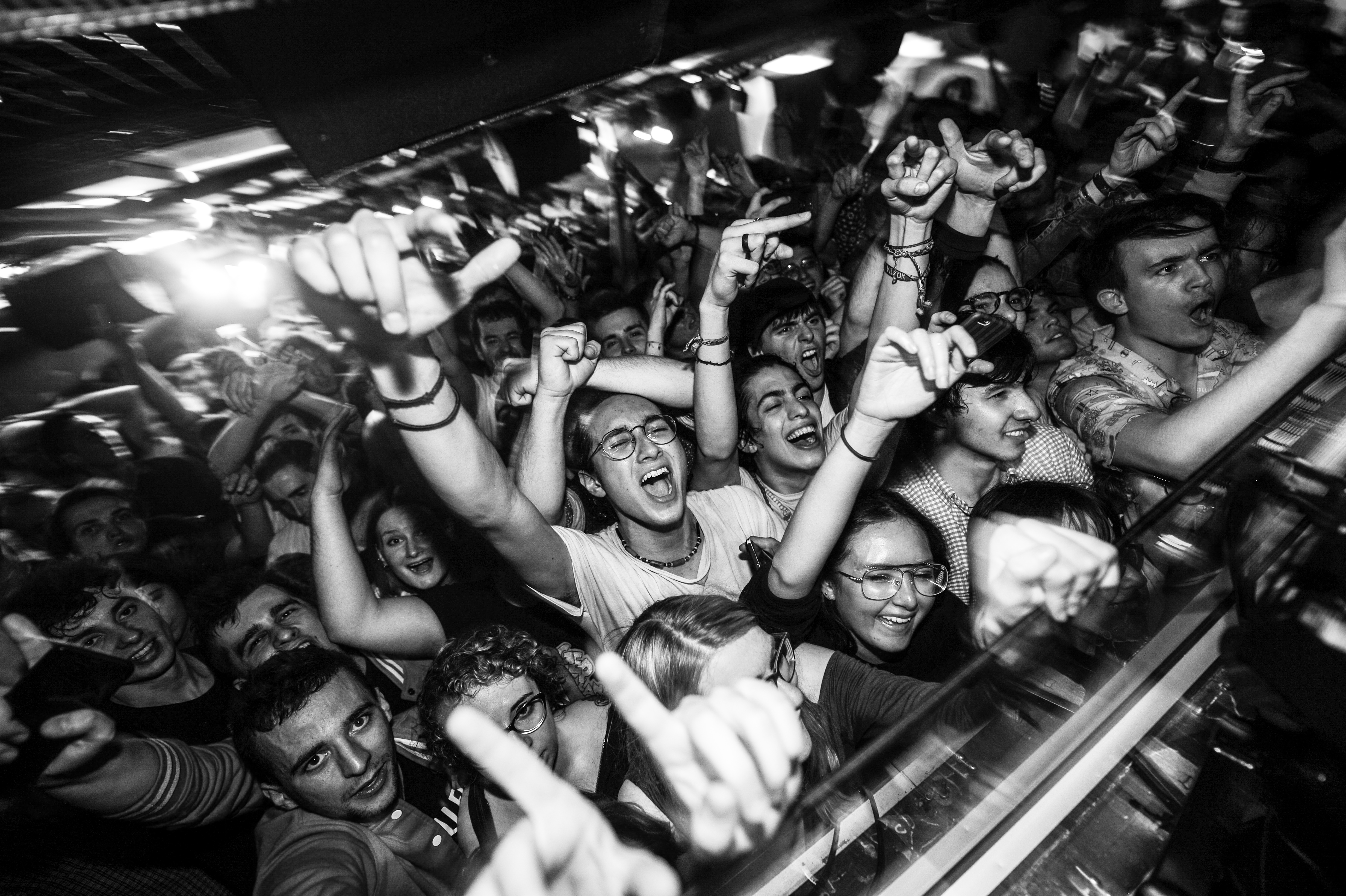 Stalwarts like Cassius, Boston Bun, SebastiAn and Busy P all rolled out the classics in what has to be one of the rowdiest nights at the Rex in a long while. The tunes were a raucous re-telling of the last decade and to hear the wealth of Ed Banger classics on that beefed-up system was a special thing. Everyone knew why they were there, tickets were completely sold-out and you felt as much a part of the label's rich journey as the artists playing the tunes that have encompassed it.

Breakbot's set was a particular highlight and he wins the award for turning the crowd into a loved-up melting pot of French patriotism. To hear 'One More Time' by Daft Punk, in full, at the Rex Club and at Ed Banger's 15th birthday literally ticks every box in the book. A joyous sing-a-long, smiles on every face and not a single arm left un-raised, it's a clubbing moment for the ages. People lost it.

Of course Justice turned up for an hour of power and anyone who grew up around the music they made in 2006/7 turned into their 17 year-old selves once again. People were quite literally hanging from the roof, swinging from the camo-netting and pushing each-other around in some sort of rabid frenzy. It's rare you see a mosh-pit in the crowd for the entirety of a DJ set but if anyone was going to cause a riot like that, it was Gaspard and Xavier.

Quick, razor-sharp mixing through the flailing electro that made their name was on display from the off and as they finished, the tempo had to have been around 140bpm.

Birthday parties don't come more fist-pumping and one mega hangover later, one sentiment reigned true: God knows what the 20th birthday's going to be like.

We'll be there front and centre, Pedro.

Funster is Mixmag's Digital Editor and he had his right arm in a cast for a week after the party because he thrashed around too hard at the Rex, follow him on Twitter

Check out the latest range of Beats By Dre headphones here