Spencer Parker is a guaranteed party.

The London-born, Berlin-based DJ and producer knows a thing or two about knocking it out of the park and fans of springloaded underground house and techno will know all about his sweat-soaked performances at the likes of Panorama Bar and Concrete.

Although dancefloors are just out of reach at the moment, Spencer is very much qualified to guide us through lockdown thanks to his background as a record store clerk and consummate crate digger. For his Downtime mix he's turned in a two-part selection that is nothing short of a journey.

The mix is an ideal accompaniment to latest album 'Dance Music' and his 'Different Shapes And Sizes' EP series, as well as his newest release on Patrick Topping's Trick. Enjoy. 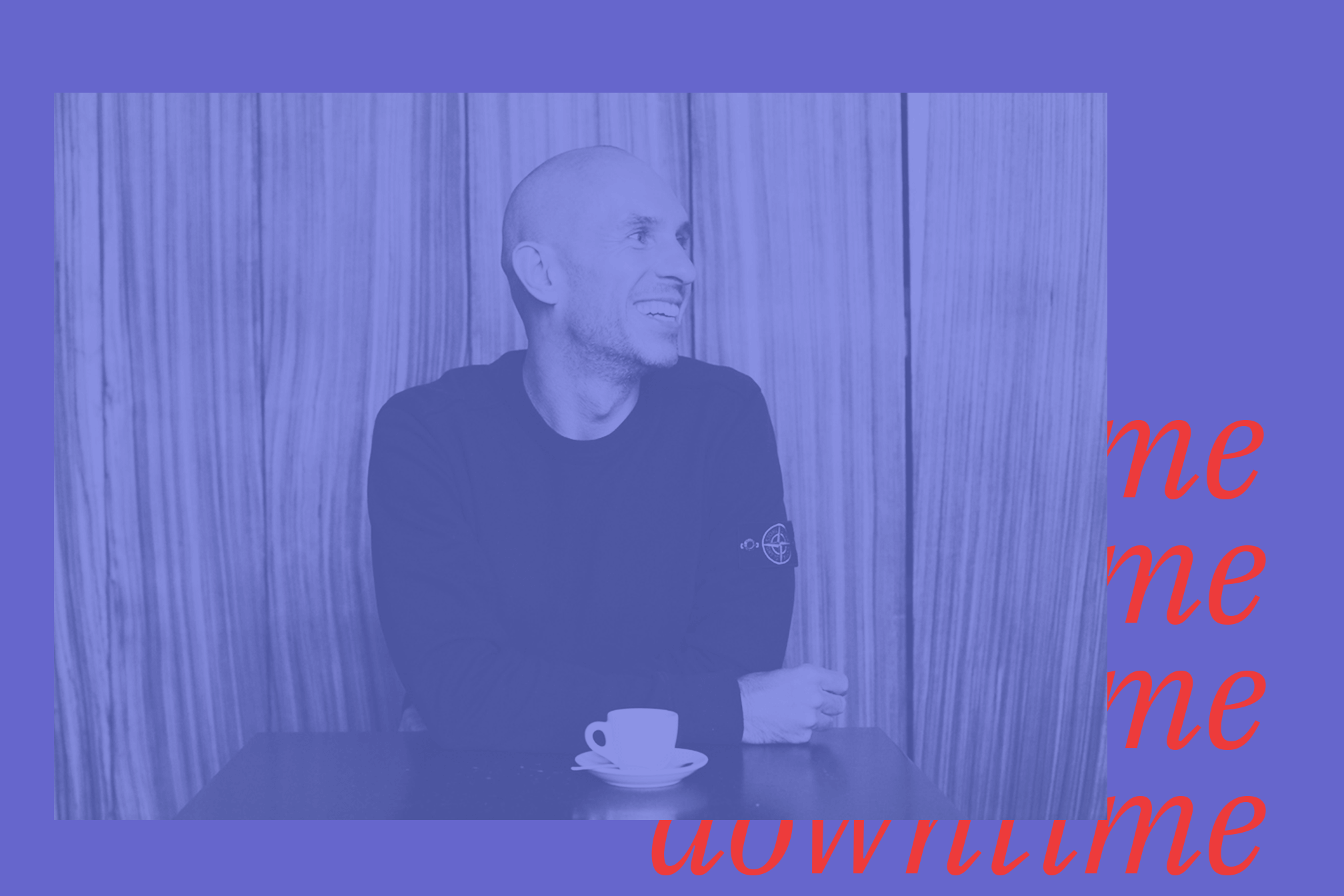 Hey Spencer, first of all, whereabouts are you right now and how are you?

I’m in my living room (here in Kreuzberg, Berlin, Germany), but thinking about getting all dressed up and popping to my kitchen for a big night out (that's where all the booze is). I’m doing good, missing my girlfriend, who lives in Prague, as the Czech borders closed one day before I could travel to her from where I was (UK) and the German borders closed just 8 hrs before she was planning to come to Berlin. I’m incredibly lucky to travel like I do but, sure complicates things sometimes…. So to everyone quarantined with their other half… I’m sure it's not all fun and games, but I can assure you, its better than the alternative. Shout out to all the lovers around the wuuuuuuurld and kisses to Cheva!

What has Berlin been like over the last few weeks?

Pretty strange, to be honest. I was away traveling and came back just as bars and restaurants were beginning to shut. Me and Ian Pooley were even selfless enough to help our local pub drain their specially made tank of Pilsner Urquell before they had to close for good, heroes of the community that we are. Berlin’s always been known for it’s vibrant / crazy scene and to see it so quiet is kind of eerie to be honest.

What sort of things have you been keeping yourself busy with? You post a lot of memes and your Instagram stories are very tongue-in-cheek and often self-deprecating. They’re very fun to watch.

Haha, well, I've been talking shit on Instagram as per usual so the more things change, the more they say the same, huh?! Honestly, i think social media can be a lot of fun if used and approached in the right way – me and my friends were always sending some madness to each other privately before way before it and I’m sure we will be after it or on whatever comes next. So, having some jokes with friends and fans alike is always nice I think and I try to keep it positive on the whole, while also letting people know what may be coming up for me regarding gigs and releases so yeah, same old, same old there. Other than that I’ve been working out every day while continuing to lose no weight at all and gain no muscle whatsoever, it’s a lot of work and commitment but I’m keeping at it so, again, same old same old there too, but i continue nonetheless.

Are there any TV shows or movies you’ve been binging?

Well, I’m a huge TV and film fan so been watching endless films and shows. Just finished Curb Your Enthusiasm season 10 which I loved and made me wonder if we’ll soon see the first “spite dj"? Also been rewatching some of my favourite films like When Harry Met Sally, 25th Hour, The Secret In Their Eyes, Beats, Rhymes and Life, Sex And Lucia and Best In Show. Gaining comfort from the familiar films I love as well as peeping some new ones. I just watched Bo Burnham's Eighth Grade which was not an easy watch but extremely well done.

Any books you can recommend?

I just finished the new Haruki Murakami book Men Without Women which wasn’t in fact a study of my late teens/early twenties, but instead a bomb collection of short stories, really loved that. Currently reading the autobiography of Bruce Springsteen which is amazing, so, enjoying that a lot too. Next up is Mixed Feelings by Naomi Shimada and Sarah Raphael which is about modern life and our connection to the internet and how it affects us. I’ve dipped into it very briefly and it is incredibly well written and utterly fascinating so looking forward to getting into that next. 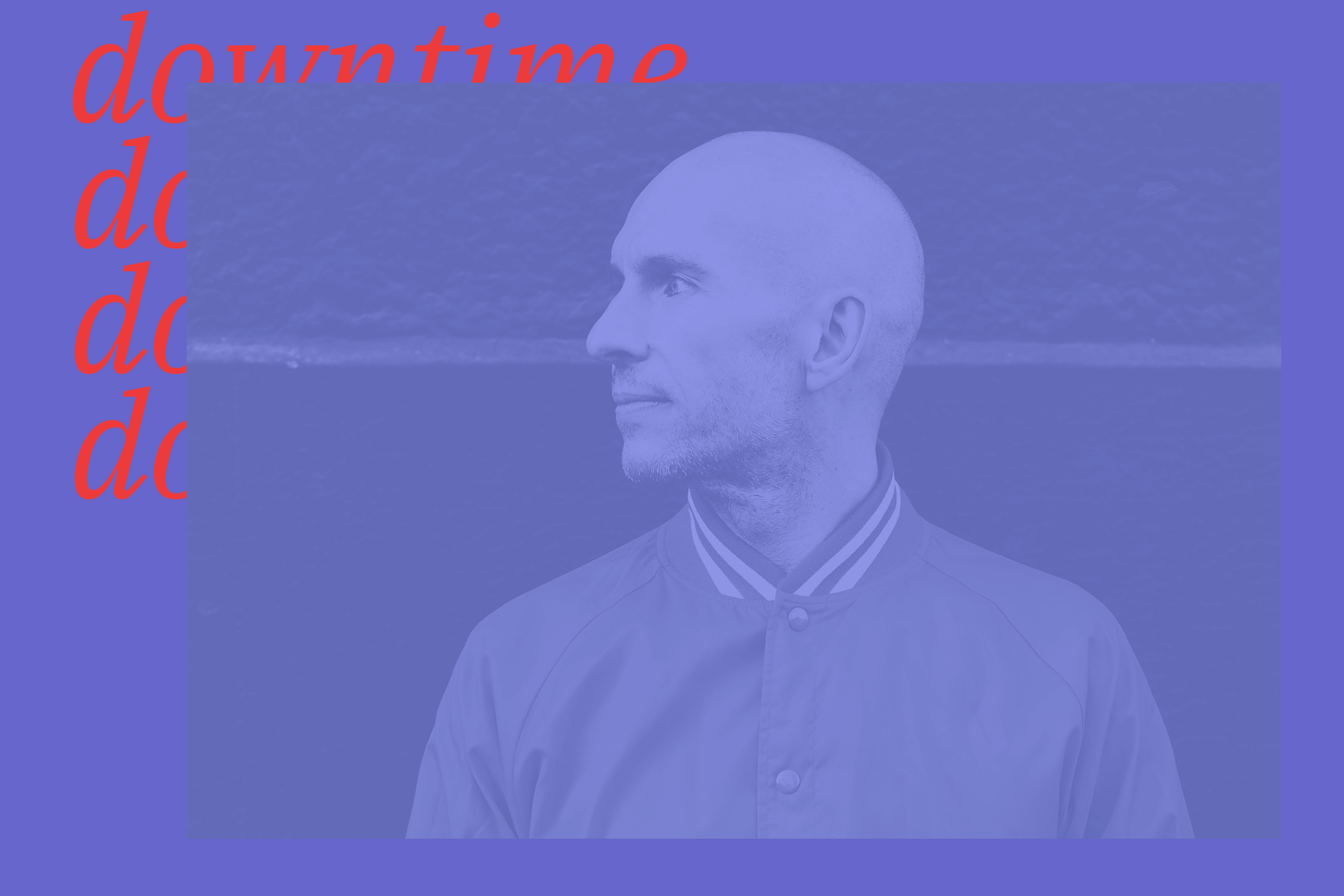 What’s your ultimate stay-at-home recipe? Something gourmet or is it beans on toast?

I’ve been known to knock up a pretty decent spaghetti carbonara. I’ve cooked it quite a few times for many, many friends, including my friend Sal, who records under the name P Leone. Now, Sal is of Italian-American heritage, so you would expect his cooking of a spaghetti carbonara to be better than mine, right? Wrong! Every single person that has ever tasted my carbonara has said, on record, hand to god, that mine is far, far superior to his. Not my words, the words of countless independent judges from around the world. Strange? Yes. True? Undoubtedly! So, to answer your question: spaghetti carbonara (please insert the emoji of the nails being applied with nail varnish to really strike this point home, thank you in advance).

What music have you been listening to recently? Any artists you've just discovered that you love at the moment?

As well as keeping up with the latest and greatest in dance music so that I’m always battle ready for when this madness is over, I've actually been retreating to the familiar again. In this case I’ve been listening to a lot of 90s hip hop / r'n'b and 90s drum 'n' bass, as well as working my way through a site I found called ravetapepacks.com, which has digitised a huge archive of old umm, tape pack, from, err, well….… raves!

Describe your Downtime mix? What can listeners expect?

The title of the mix is Spencer Parker Plays Nice Records For You so it’s kind of an extension of my weekly Playing Records show that I do on SoundCloud and iTunes. On a normal Playing Records show I play a mix of house/techno/disco (they’re all archived if you ever want to punish your ears some more), basically what I play in a club. But for this mix I wanted to just play some nice records for everyone, so, it’s all danceable, but there’s no tough house jams or face-melting techno, just some nice records to listen to and, most importantly, make you happy. There’s surely a few things on there that you don’t know, but there is definitely also a lot on there that you do. It’s a collection of music sent from me, to everyone, with love, during these strange times.

Do you have any words of wisdom to accompany your mix?