We're in full acid house mania mode at Mixmag HQ this month in celebration of the 30 year anniversary of the Second Summer of Love. The movement and its associated sounds changed the course of dance music history. To this day we can't get enough, so we hit up some of our favourite DJs to talk about their favourite cuts linked to acid house or the late-80s rave scene. 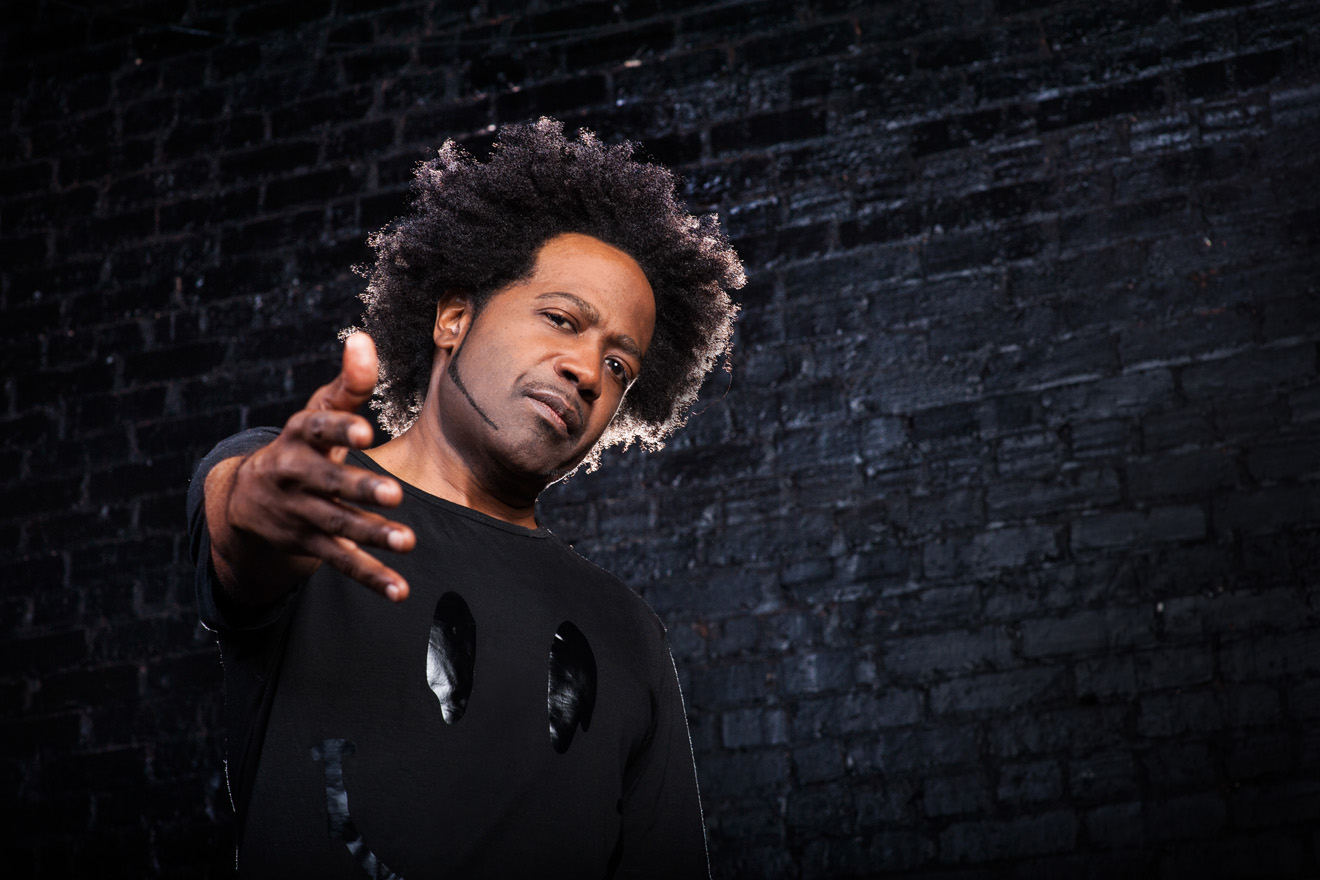 ''I’m always asked this question and it’s nearly impossible to pick only one, and when I do pick only one the answer seems to change between Armando '151', Tyree Cooper 'Acid Over', and Fast Eddie 'Yo-Yo Get Funky”' Funny thing is that I can never consider any of my own productions for this (rightly so) because in general I’ve always had a greater appreciation for other artists and producers' music. I’m always so fascinated with how they came up with their ideas and how inventive they are as opposed to how I create or invent. So with that said, this year I’m flowing with the supa producer Tyree Cooper 'Acid Over' featuring the late, great keyboard genius Peter Black on the keys adding the dopest jazz piano imaginable at a time when no one would have even dared or imagined a piano on an acid track let alone the jazz flavor that he laid down. I gotta give Tyree the credit for creating and always bringing the 'funk' to the 'Acid', no one does it better.'' 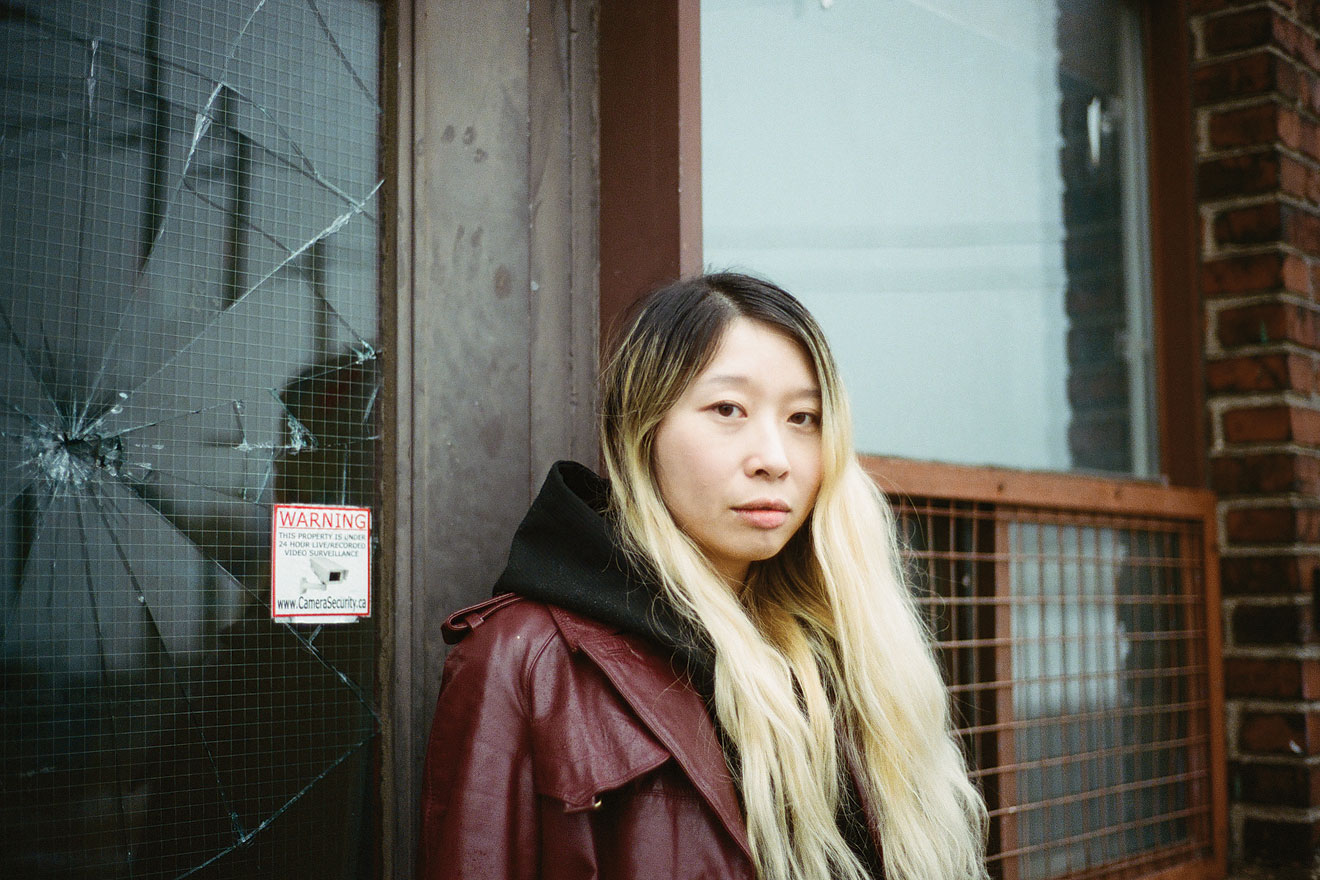 “In keeping with the UK roots of the Second Summer of Love, and to highlight Brits' massive contributions to acid house, I picked a UK record that never leaves my bag: 'A Place Called Acid' by Thursday Club, aka Mr. Potato Head, a.k.a. Rennie Pilgrem. It's interesting how much of modern acid has found its place in the more serious, ominous side of dance music, when honestly I've always preferred acid that's a bit sillier, cheekier, and a little mad. According to YouTube comments, this record was big in the Florida and SoCal breaks scenes of the 90s, likely on account of the lovely electro bass breakbeat. Most acid tracks are in minor key, so I like that this one is in major key, as it gives the track a jauntiness missing from so many other acid tunes out there. Played at the right time, this track has been known to make folks break out into big smiles.” 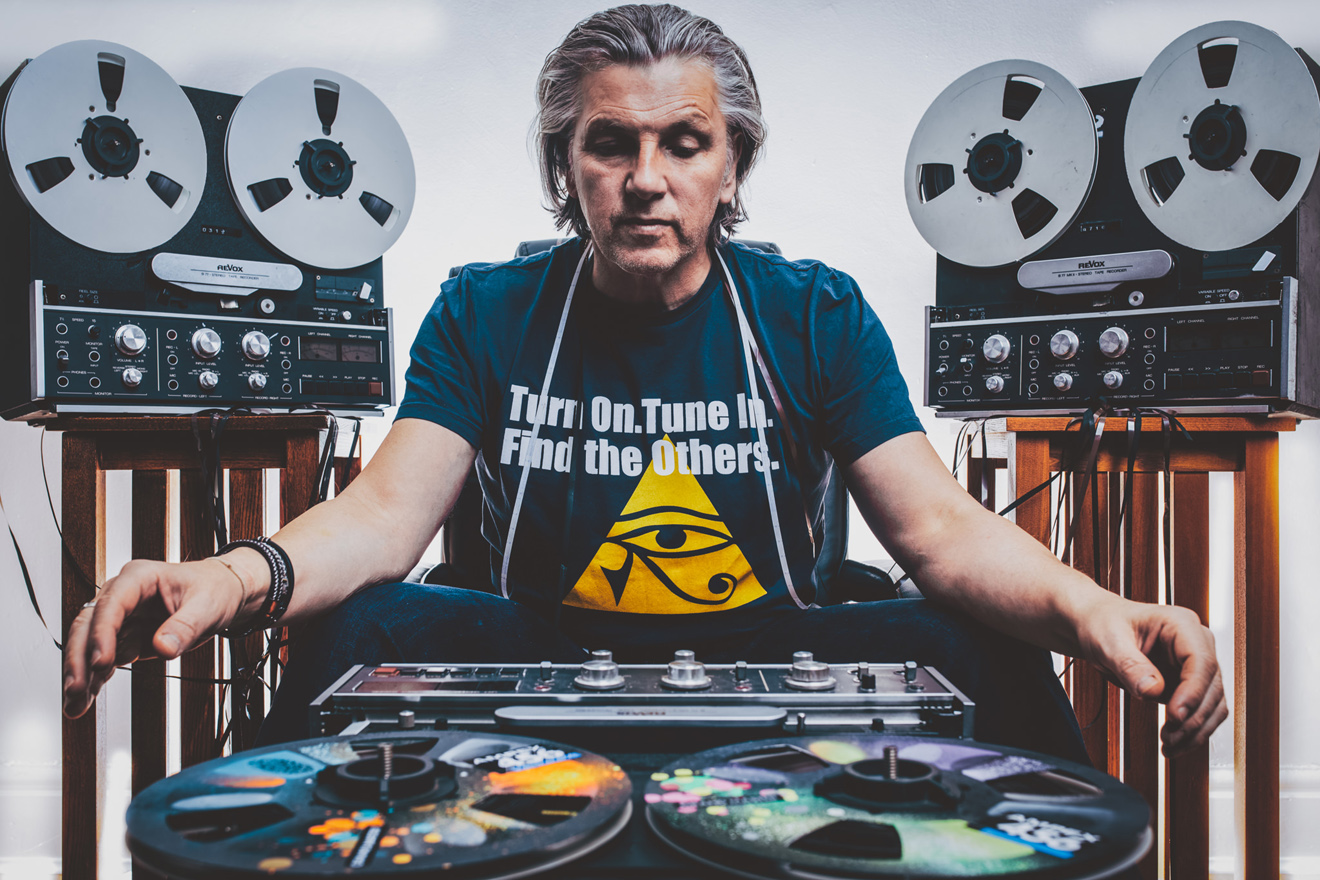 “I knew Gerald via my Manchester connections - a teenage Gerald Simpson had attended my nights at Legend and, in 1988, I’d tipped off EMI about ‘Voodoo Ray’, but they weren’t interested. By complete coincidence it was originally released on Rham! Records, based in my Merseyside hometown of New Brighton. Twenty years on from its 1989 UK chart run, this seminal UK track featured on my second 'Credit To The Edit' compilation.

"Piccadilly Radio DJ Stu Allan inadvertently gave Gerald his artist name when, on playing a cassette he’d been handed, announced it as "by a guy called Gerald from Hulme’. The title also came about by accident: the limited sampling time available to Gerald cut off the g at the end of ‘voodoo rage’ (lifted from Derek & Clive), so it came out as ‘Voodoo Ray’.” 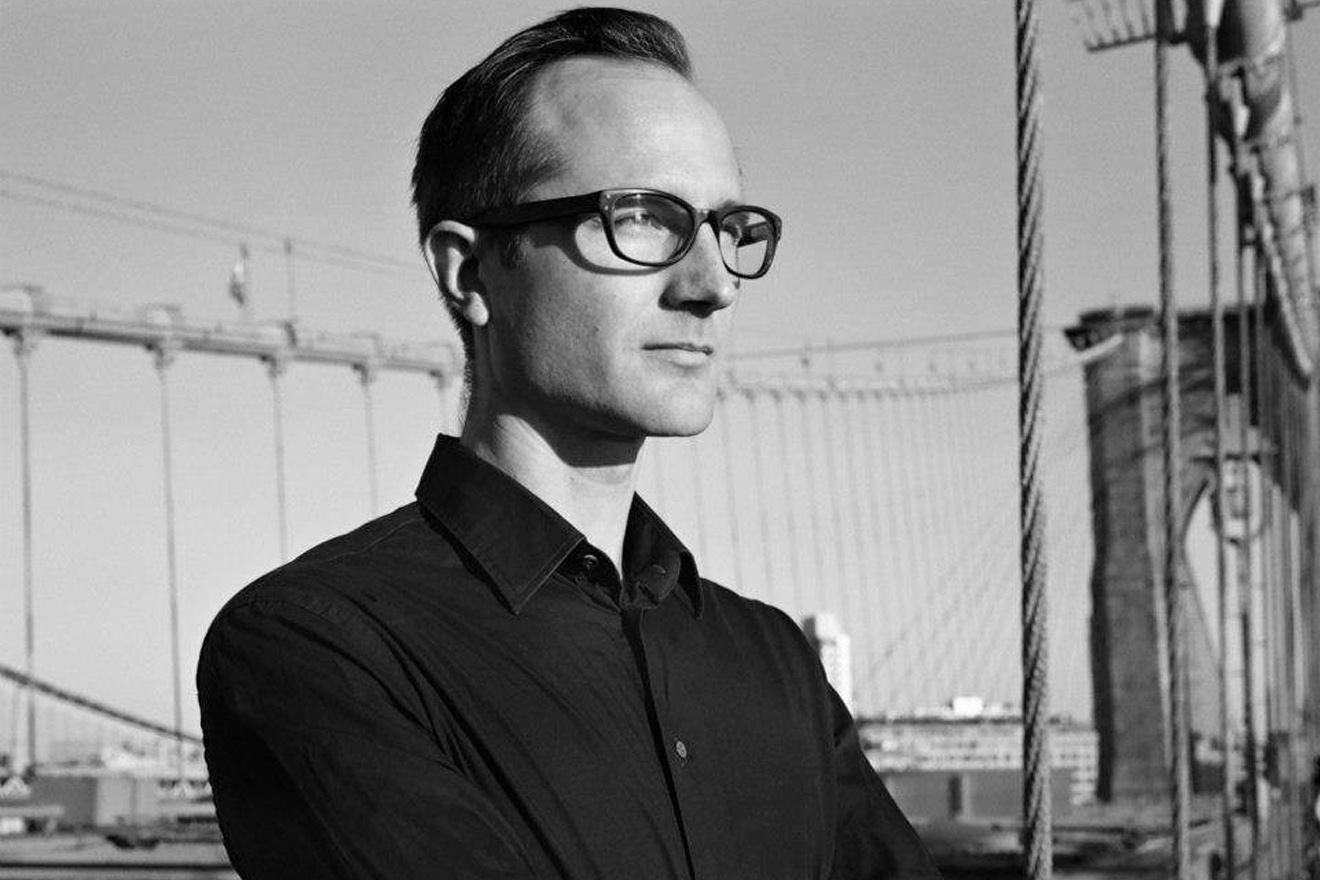 “Uwe Schmid produced one of the very few acid albums in existence. He made up a bunch of fake artist names and imitated the styles of the many eras of acid. (Acid keeps coming back in waves with new ideas.) I loved this concept, because acid is so often inspired by its originators and innovators." 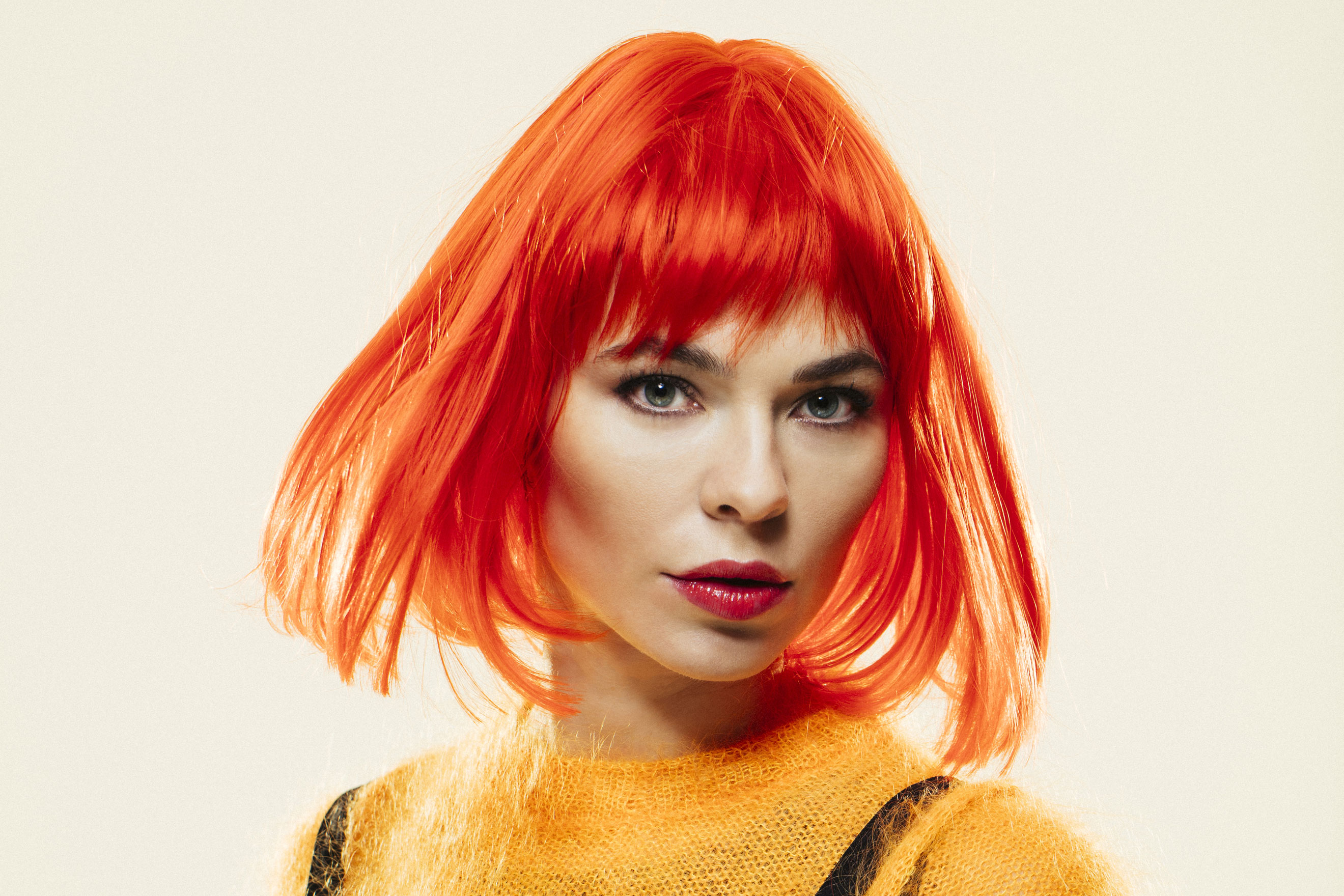 “Acid is an ever evolving key element in electronic music for me since day one. After many years of record digging I keep discovering acid that I have never heard before. It is such a large term that goes far beyond the typical sonic side of it. It’s quite useless and unfair to give preference to just one track so I picked the first one that popped up in my head. And it’s quite a special one.” 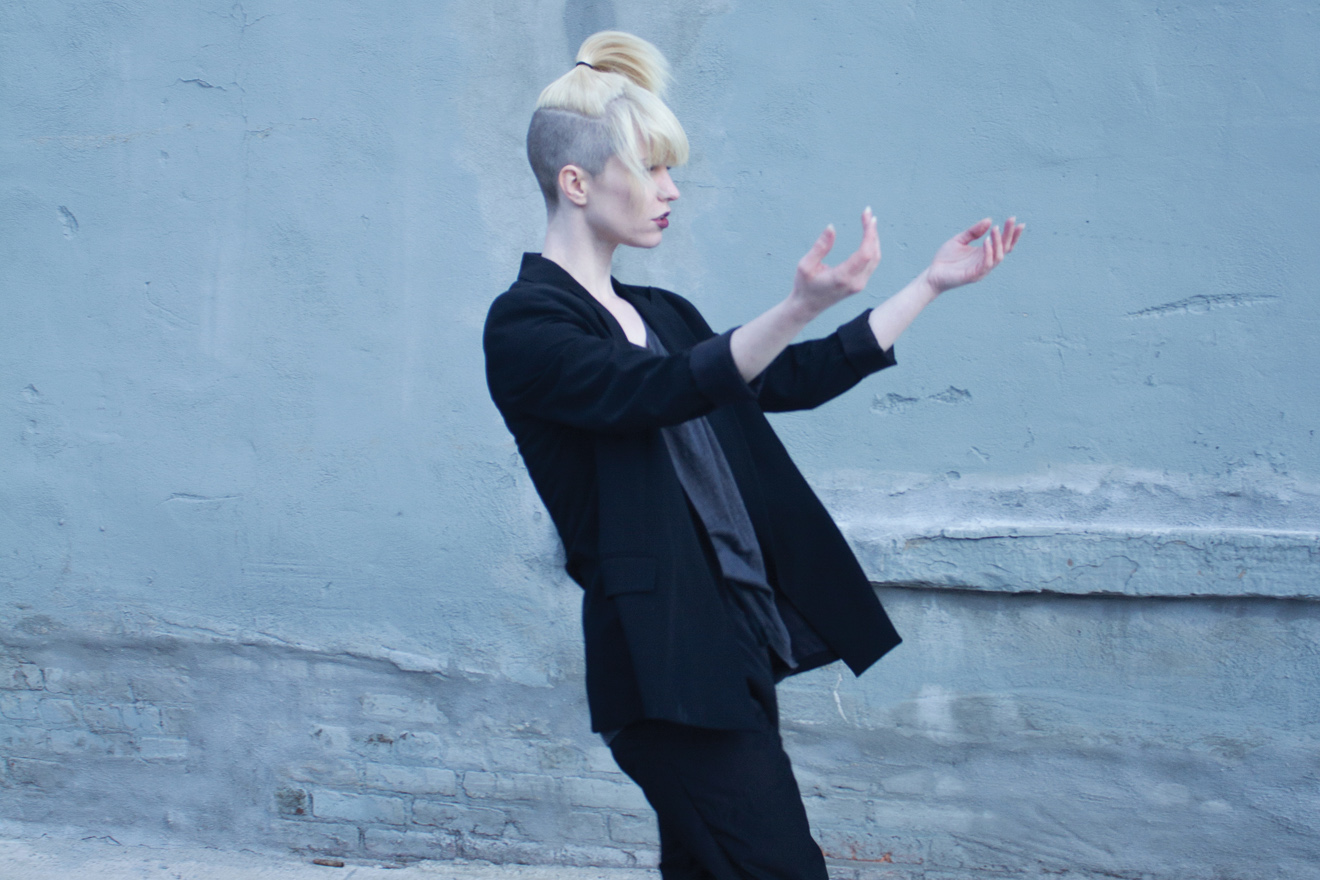 “I love odd, twisted acid lines and this is one of the greatest for sure! The elements are so simple but the track is instantly recognizable and just irresistibly danceable.” 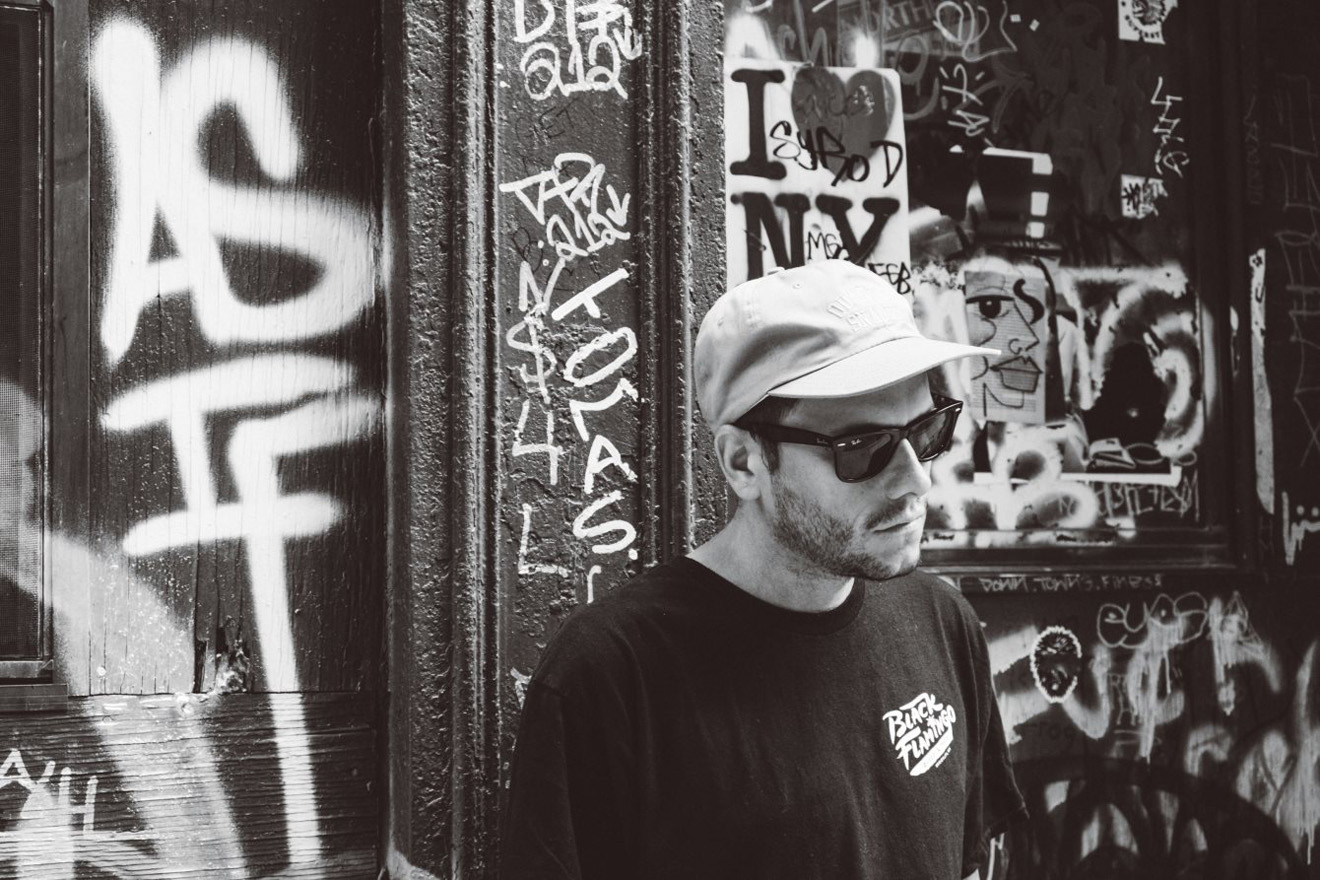 “This track by Gene Hunt goes so hard. I think it's a remake of his acid classic 'Living In A Land' which I have played many nights at 3:45am. The groove just has the most funky feel to it. Most of the new acid stuff coming out can't compare. I use this as a tool mostly. Play it over a sparse vocal track or put an acapella over it and the dancefloor really goes off!” 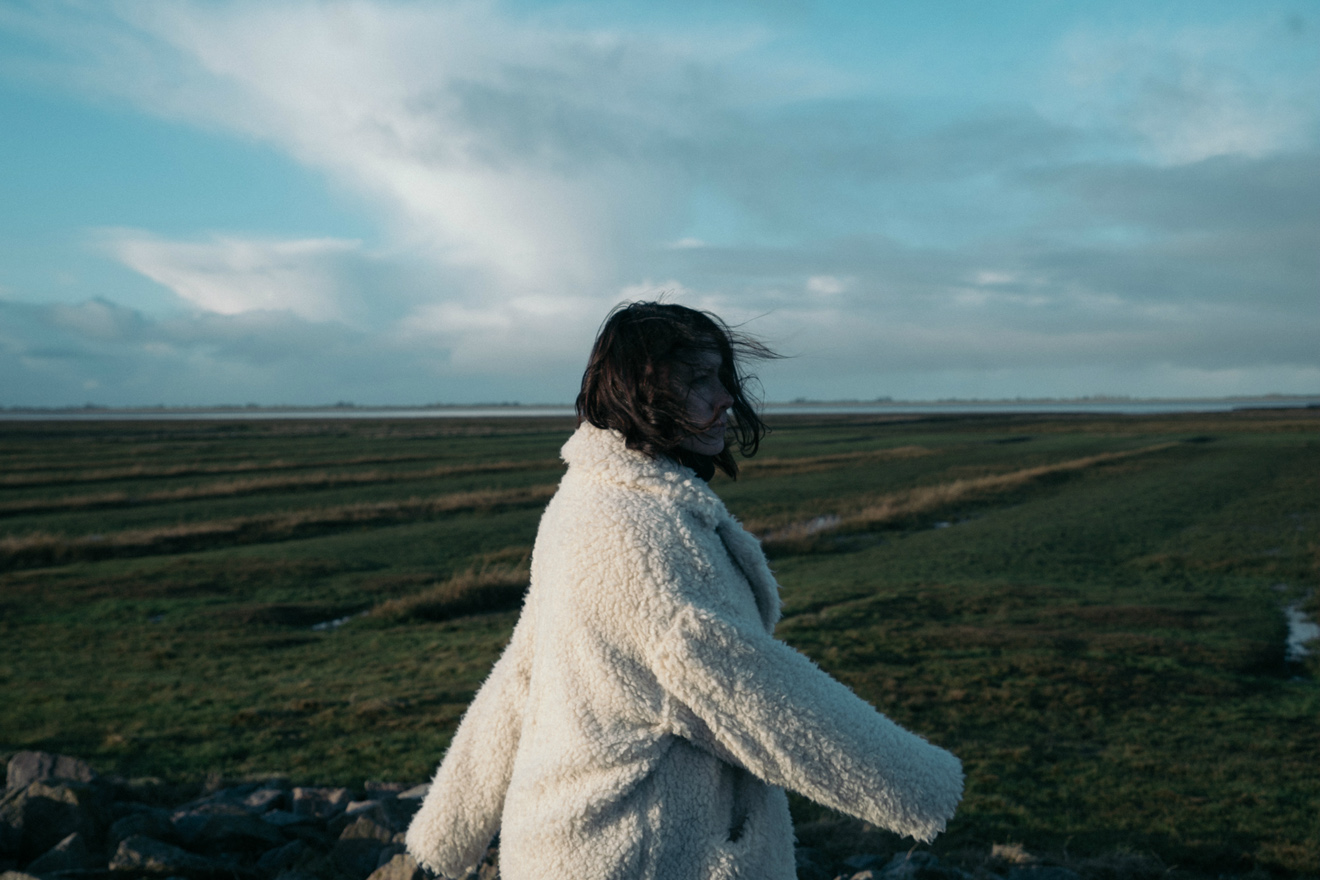 “I love a little nostalgia in my sets. This timeless track was written in the late 80s and has three of my favourite basic elements: the 303, a ride cymbal and claps. It might seem simple but it’s the perfect combo to peak out the club and get the crowd jumping, not to mention it gets my blood moving. For me playing an acid track is like drinking a cup of coffee. The recording of the 16th note acid line here is super deep and sets things up for a nice trip, and when mixed properly in a techno set it can be a game changer.” 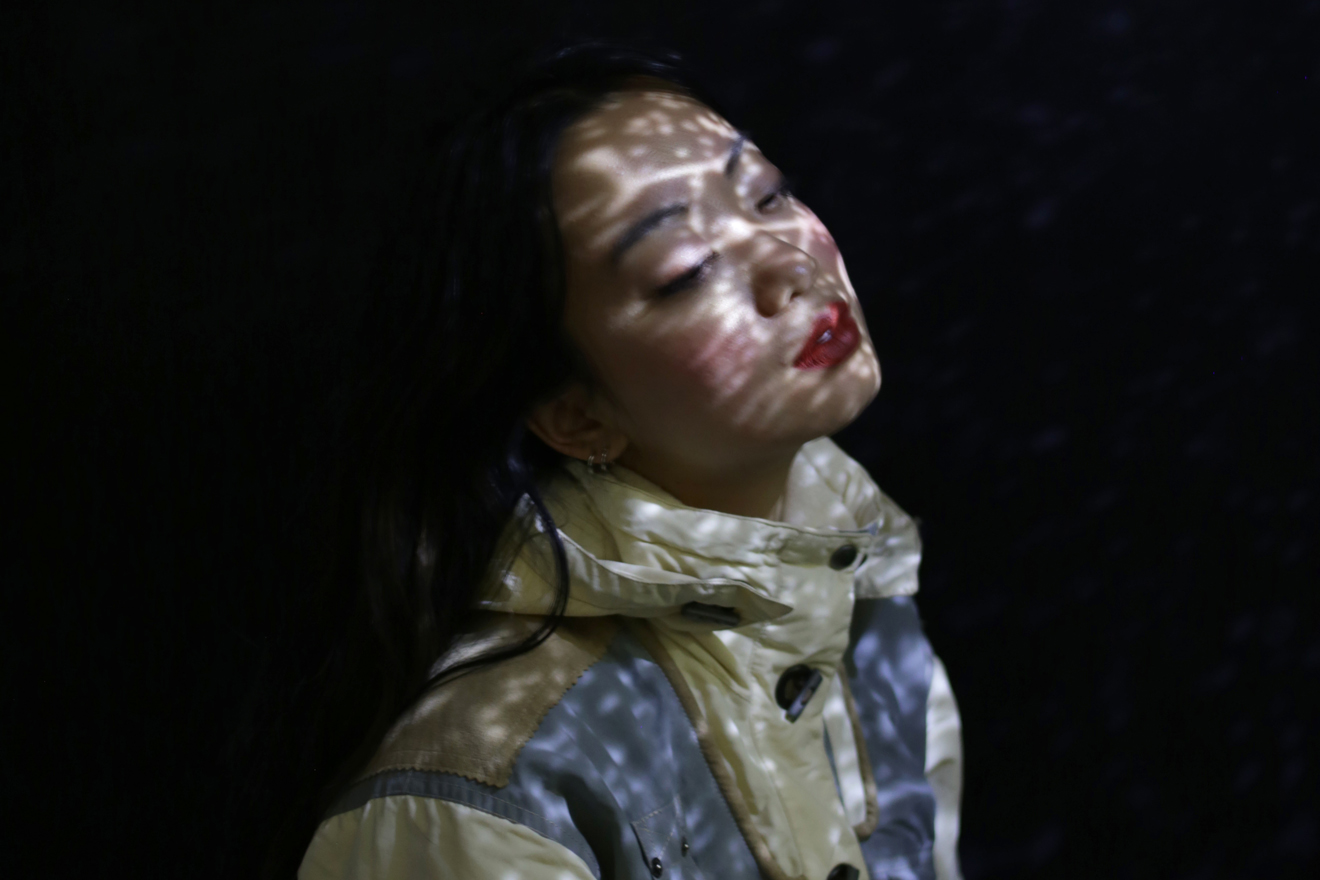 “The way this track develops feels cinematic. It's got a brooding harmony starting off, then when the kick bursts through its so cathartic, I get emotional. Minimal Violence are so good at amplifying emotion and energy together, not compromising either. I love the acid that begins halfway through the track, you have to wait for it—it's just sitting on its 303 throne like ‘yes, my time to shine!’.” 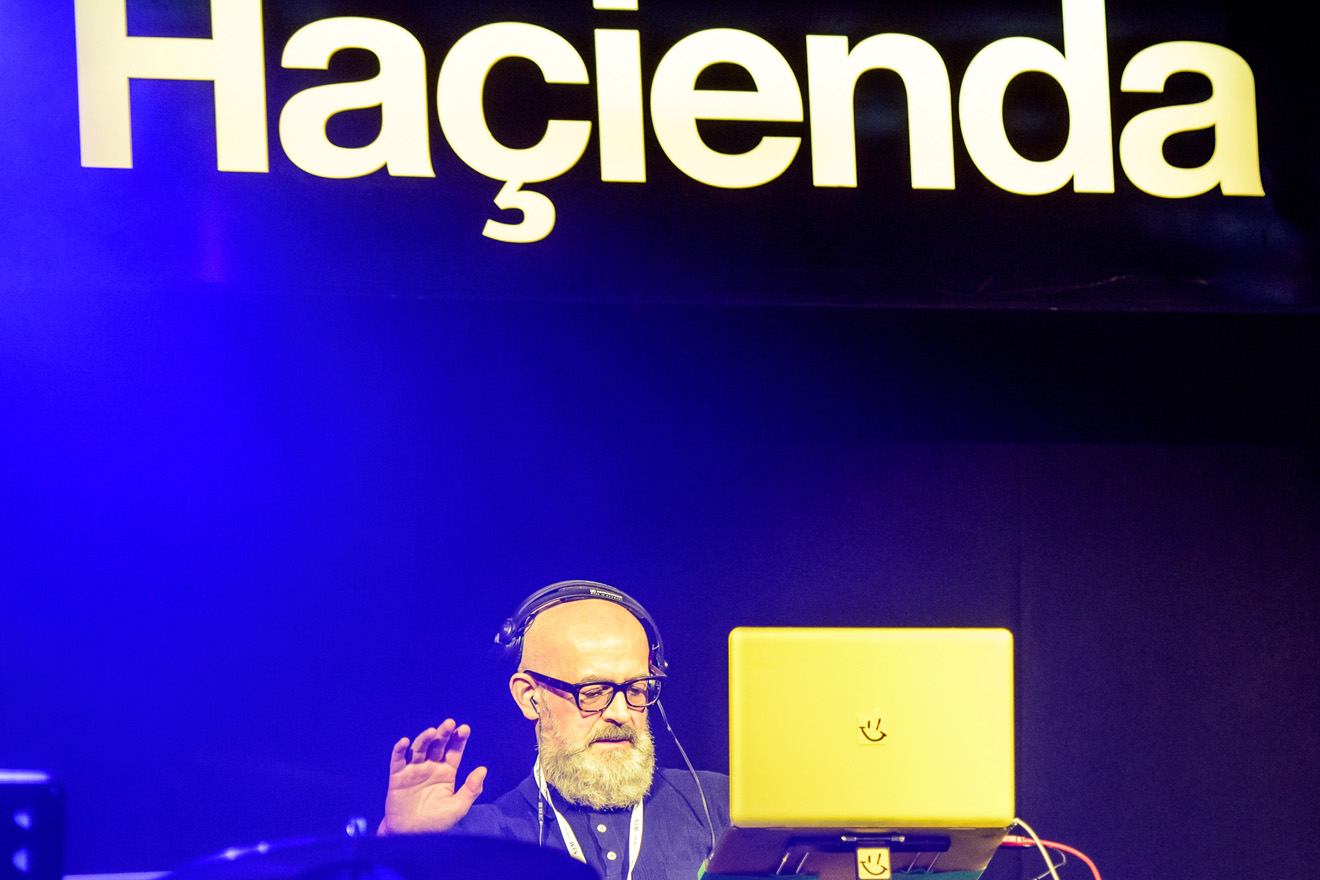 “This is one of my absolute favourite original acid house tracks which appeared on the 'No Vocals Necessary' mini album and featured the legend "Warning! Farley's Album Contains Deep House & Acid House Music". That sentence sums up the track beautifully as this raw groove is quite possibly the deepest piece of acid ever. It's easily the funkiest too, and it builds and builds with its distorted drums and glorious, squelching rhythms. Of course Technotronic lifted part of the intro and turned it into their worldwide smash 'Pump Up The Jam', but don't let that put you off what is ultimately a monster of a tune that hits you hard and takes you deep, deep into the acid life.” 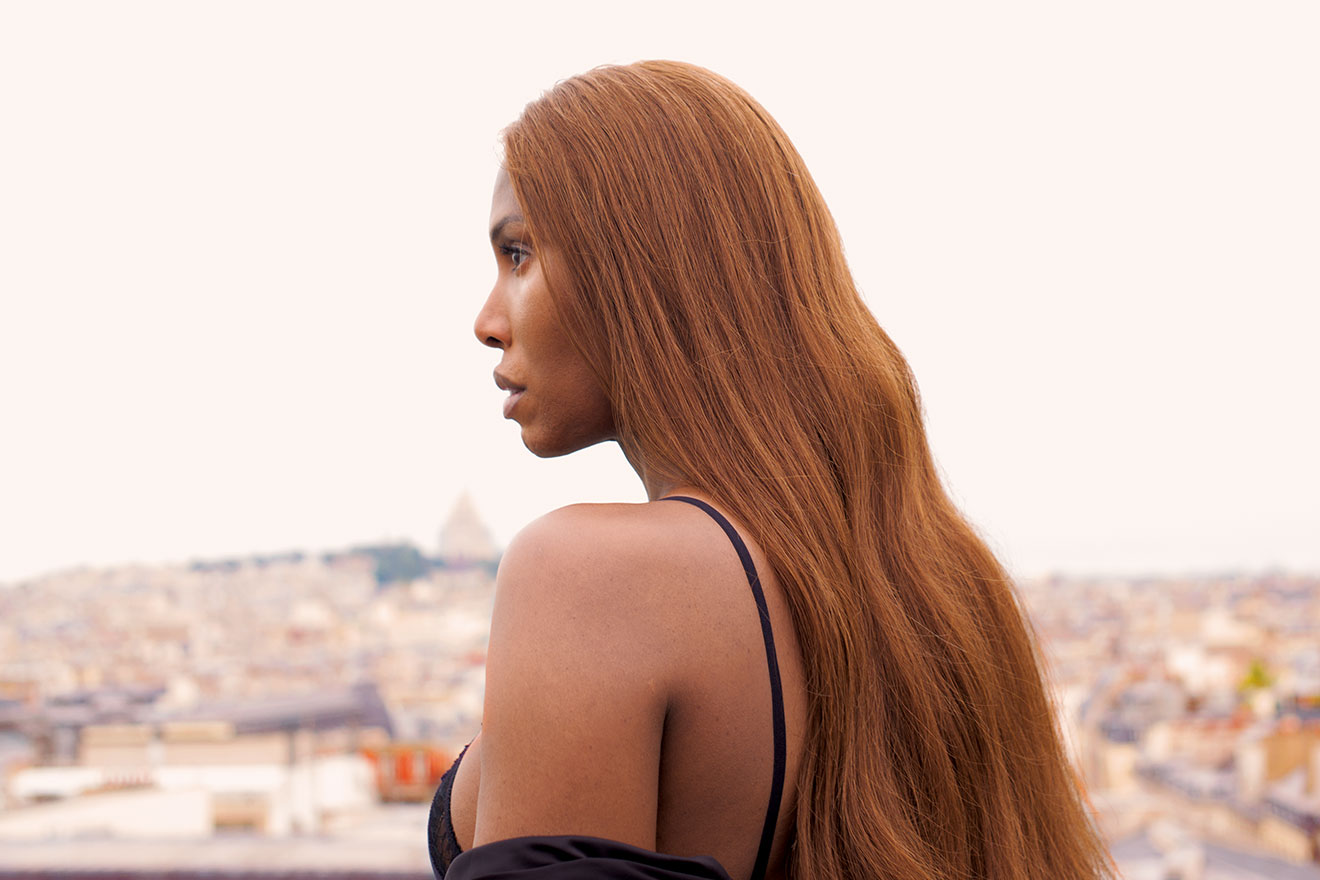 “It's dirty, and raw as fuck. What more do you need? Ron Hardy always used to play it at the Muzic Box.” 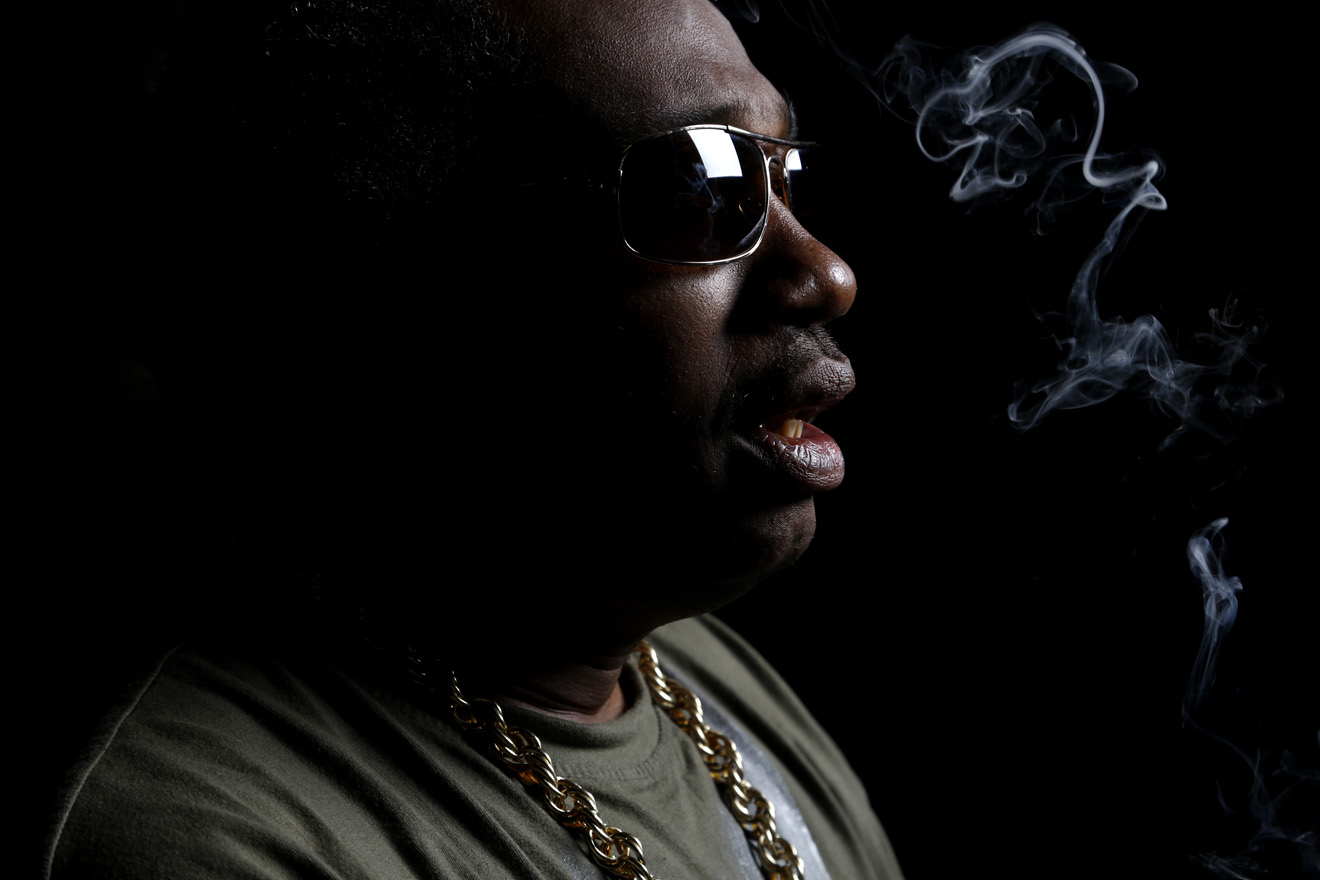 “The reason why I love this record so much is because at the time 'acid house' was emerging on the scene in Chicago and overseas, I personally wasn't into it so much in the beginning, I just wanted to make an acid track like no one had done before.” 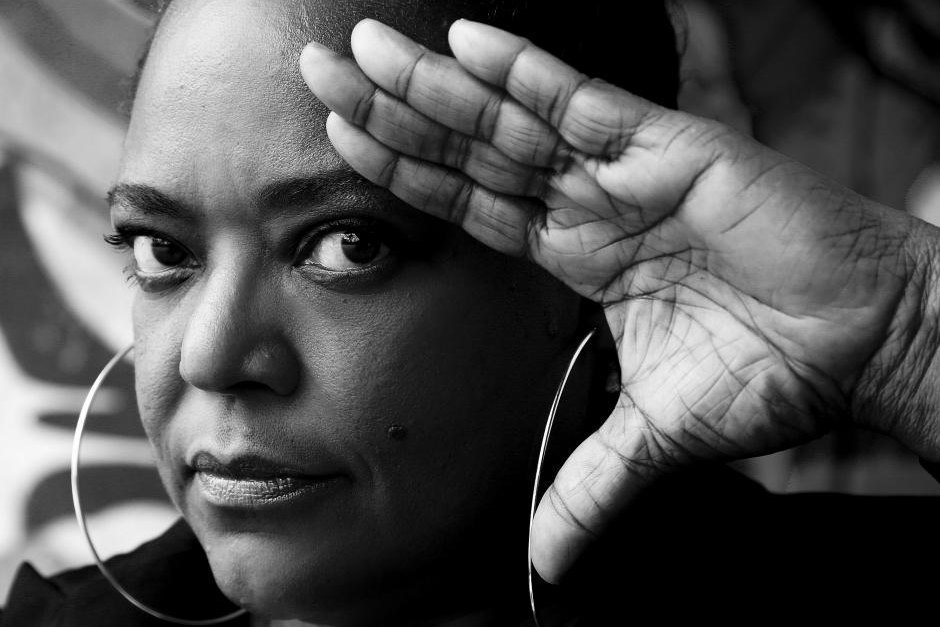 “The truest and most raw 303 fills in the history of acid. With the original Roland TR-707 and Roland TB-303 acid bass machine it's all just plain and simple, stomping and grooving that sets the tone. Hence this track's release in the late 80s, showcasing what real acid is supposed to sound like. Today it will still rock every dancefloor on the planet.” 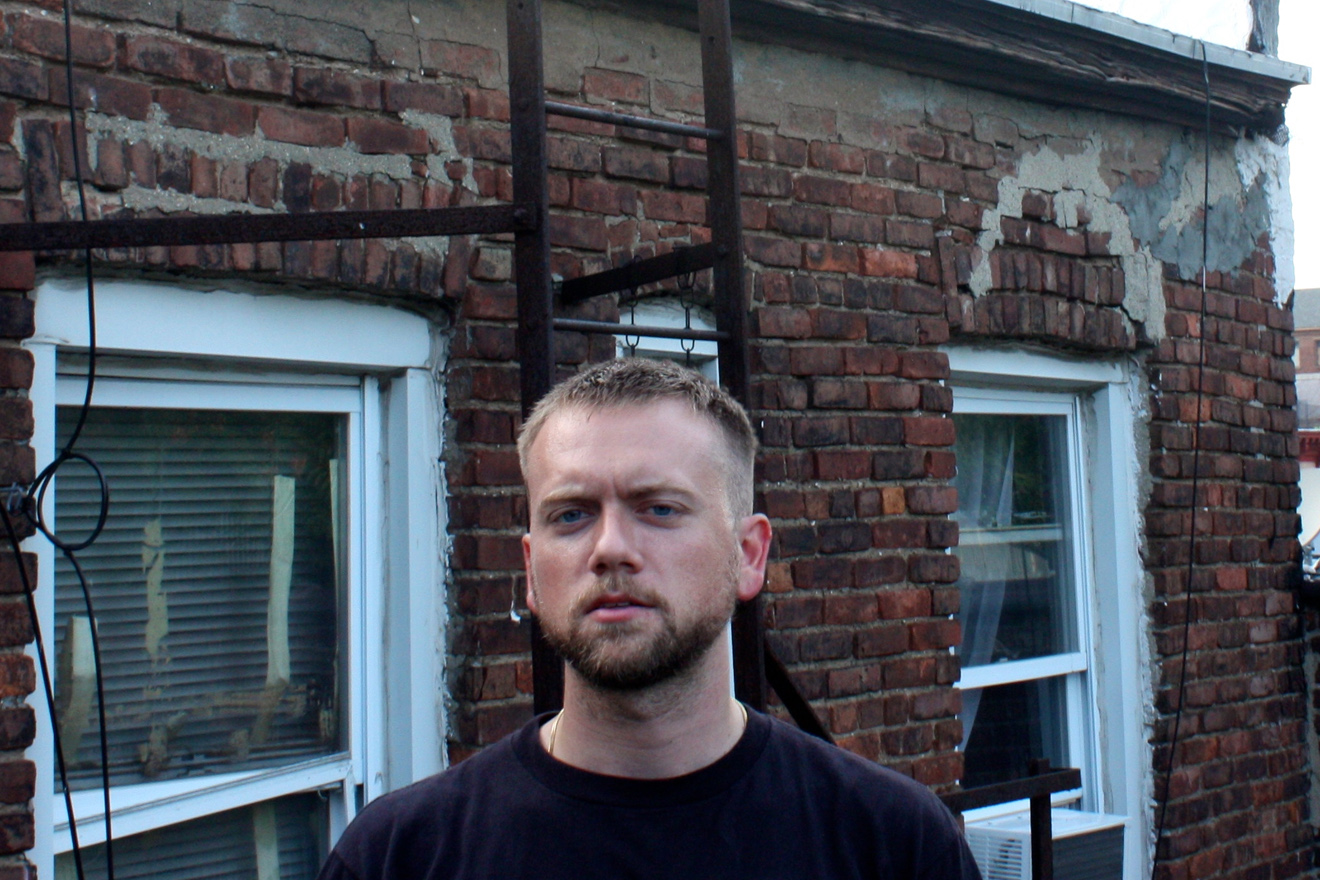 “This tune by Vibert was part of the Acid 88 comp put together by DJ Pierre a few years back (check out the whole thing!). I'm a sucker for a steady, funky bassline and the way the lead creeps its way in and then ties all the elements together... that's the magic. It is something I work really hard to achieve in my own productions and Luke does it effortlessly here.”