DJs of the Year: Tale of Us - Features - Mixmag
Home Latest News Menu

From up here, you can just about hear Kreuzberg kicking into life. On Oranienstraße the bars and restaurants are filling up, and another Berlin weekend prepares to get started early. It's only Thursday, but Tale Of Us don't spend too many weekends at home these days.

A going concern for half a decade, 2015 was the year the sound they play and represent evolved into something emotional and dramatic and unmissable, not just moving bodies on dancefloors but touching hearts and minds. From Miami to Secret Solstice in Iceland, Coachella in LA to The Warehouse Project in Manchester, and back home in Berlin, their DJ sets have hit the perfect balance between immersive warehouse techno party and evocative IDM experience. They took it to Ibiza's DC10 for a mini-residency and it was the hottest ticket of the season. They're busy remixers but not prolific producers, preferring perfectionism to cashing in. November's 'North Star'/'Silent Space' double was the only new solo material they released, a dense and coolly atmospheric pair of techno tracks which also marked their first recordings for R&S.

Of course, there was also the dancefloor-hammering techno groove of 'Astral', a collaboration with friends and labelmates Mind Against, and remixes for Caribou, Plastikman, Kiasmos and Barnt. Their label Life And Death has been fundamental, from its legendary branded parties to releases from new signees including Recondite, Stephan Bodzin and Steve Rachmad, as well as Mind Against.

Five floors up one of those nondescript but elegant Berlin stairwells is Carmine 'Carmine' Conte's penthouse apartment, a modest but stylish pad with attic windows which he smokes out of, a home gym in the corner and a laptop open on the coffee table, on which we find him road-testing the pair's Mixmag cover mix when we arrive.

Matteo Milleri arrives moments later from his own apartment nearby, and looks around as if he's never been here before. "I like what you've done with the place, man," he nods approvingly at Carmine. "That mirror has to go, though. It's too much." He jerks his thumb at the fancy gold leaf thing in the corner. It's no joke to say they've got that whole 'odd couple' thing going on. At first, settling into the leather sofa together, they could be brothers: both rugged and dressed in black, both sporting arm tattoos, both intense in their own way and casually handsome (they're Italian, after all). Get talking, though, and they seem like polar opposites who fit together against all the odds. 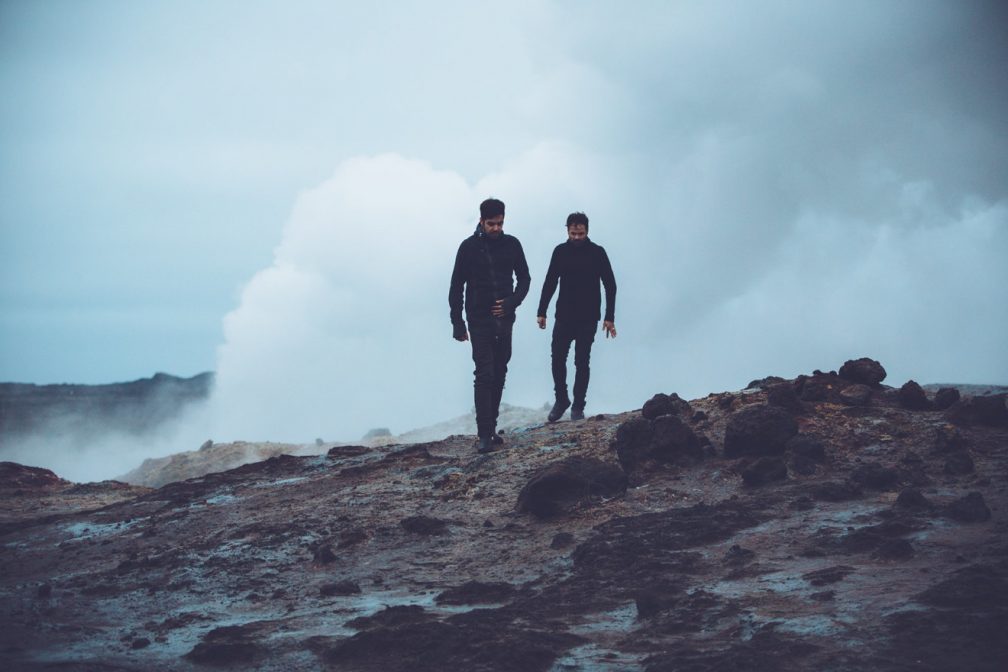 Carmine was born 33 years ago in Toronto, Canada, when his parents were working there, but he was raised in the Italian city of Pescara. "One of my grandparents was a clarinet player and one was a saxophone player, so it's in my blood," he says. "I fell in love with the piano when I saw a solo concert when I was very young, like nine or ten." After years of lessons he decided not to study at the local music conservatory, instead following his parents hope that he'd be a lawyer. "I did most of the exams. Not that I gave up, but I realised it wasn't my place."