They were all influences on the original house sound...

Yeah. And being in Chicago at that time, mixing was very important – so even in that genre, everything was heavily beat-matched. At Medusa’s they had a Teen Dance and it was 6.30pm to 10.45pm on a Friday. This is where we got our clubbing legs. It was a really amazing place and definitely ahead of its time. We became regulars. They were very advanced so they would change the theme every month so you’d go in one month and you’d be inside and it would be like a New York gangway with clothes hanging from fire escapes, with stars on the ceiling to replicate the outside. You’d go in another time and there’d be a Sphinx and a big pyramid. One room filled with smoke, they’d just fog up so you couldn’t even see your hands and then play weird animal noises like AAAAIIEEERGHAAW!

I started out not being super into the house stuff, I came at it from the industrial side. Then I got into ‘Acid Tracks’ but one of the first of the crossover songs that became popular on that scene was Model 500’s ‘No UFOs’. I heard that and it blew my mind and I had to find out what it was. Pre-Shazam, it took a bit of searching.

When did you discover house music?

My first true house experience was Lil Louis, who started to do a Sunday night there, and it was like Whoah! Completely different! Me and my best friend Chris Nazuka, who was Japanese, were the only non-black people in this club, but we loved it. Louis would play a James Brown megamix and everybody danced together with their arms joined, almost in a circle and we were like: ‘What is this?’ It was like a different energy we’d never seen before. And Louis had these big guys either side of him with their arms crossed – I don’t know if they were his bouncers – but the whole image of it was crazy. As a 16-year-old I’d heard about house parties, the Power Plant and all this stuff, but being a suburban white kid I didn’t have access or the knowledge for any of that, so all of it was new. 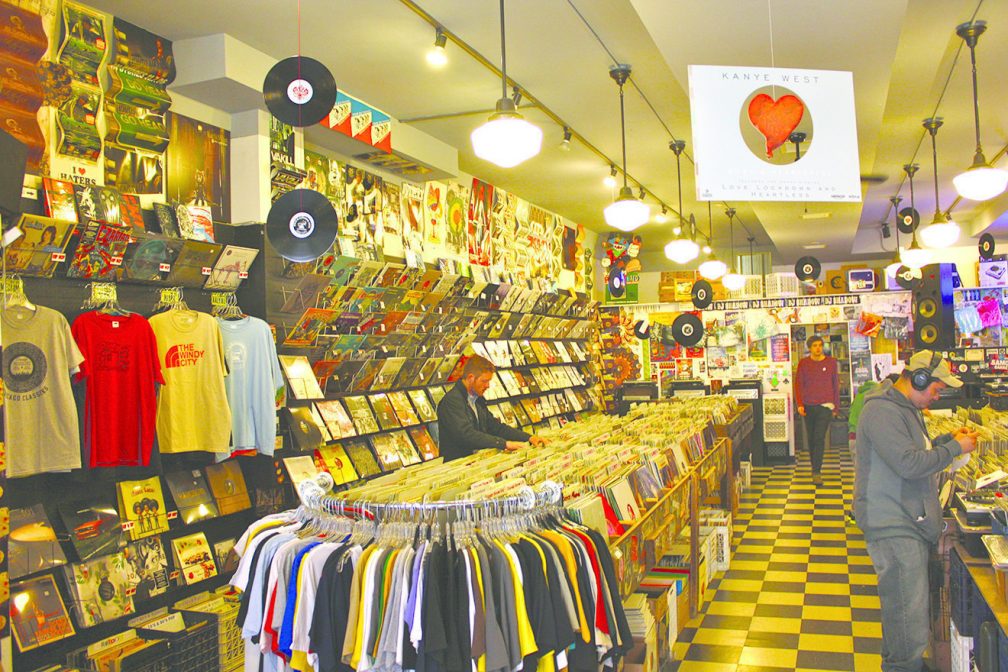 What was the one instance or event that made you want to DJ?


I wanna say the first time I saw Technics 1200s. We were recording mixes but we hadn’t really seen mixing in action. There was a period where we knew mixes were happening but we hadn’t really seen how it happened. There was a club called McGreevy’s and unlike some of the clubs, there they had the DJ booth in the open. So we were like, ‘Oh, what is that slider on the turntable? Oh, it’s the pitch.’ We’d been using our finger to pretend mix. At Medusas one night I started chatting to Terry Martin, the resident DJ. I got let in the booth and started hanging out there. That ended my dancing career.

Did it make you want to work at Gramaphone?

I started DJing first, but I realised the way to get records was to work at a record store.

You went to college in Tucson, didn’t you?

I started DJing in Chicago but I went to school in Tucson in 1988 and I got a try-out at a club called Fineline. It doesn’t exist now, but certain clubs would have their own record collection in the club, so it was like their own library, and they had everything I had. I played from 8pm or 9pm until three in the morning. You get a lot of practice quickly if you’re playing two or three nights a week like that. I was getting $14 an hour back then and thought, ‘Oh shit, $14 for playing records?! This is amazing.’