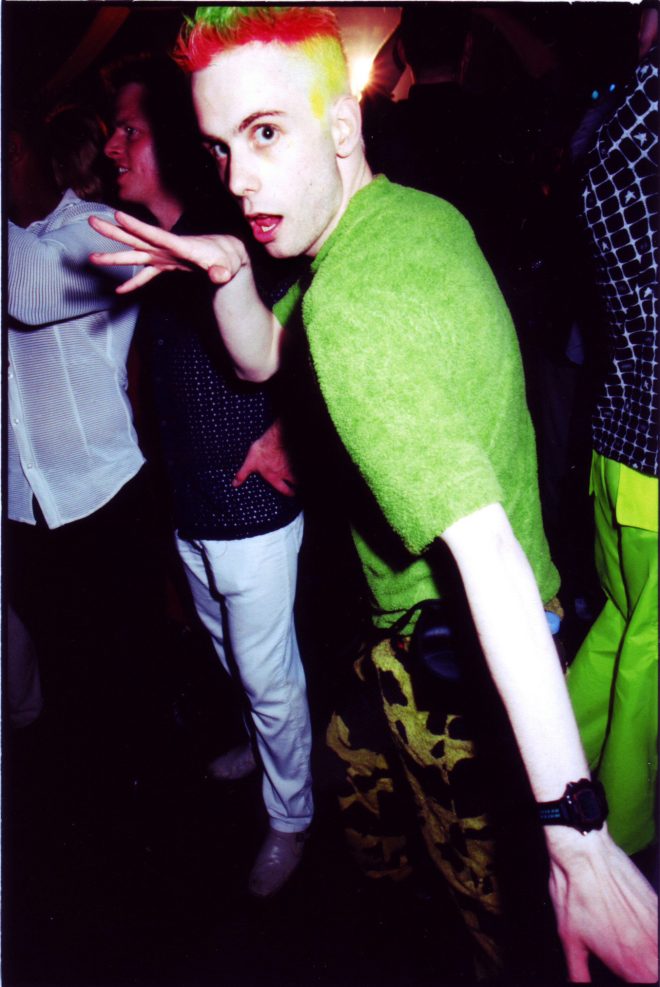 Little Jon is a 31-year-old electronics engineer. He lives in LA. Before he accepted the job that took him away from Sheffield, Jon was one of the Gatecrasher faithful. He first encountered the club at a one-off event at The Leadmill in Sheffield and from there, went to the monthlies at The Arches. But it wasn't until April 1997, when Gatecrasher moved to weekly nights at The Adelphi, a converted theatre, that Jon and his friends became devoted to the club.


"We really got into spiking our hair and spraying it bright colours", he remembers. "I began wearing more rings than I had fingers and lots of fluorescent bracelets. Planning the night's outfit and putting it together added to the excitement of going out. It's great to be part of that oneness you get when clubbing, but deep down many of us don't like to disappear into the crowd – we like to be noticed".

Karen Hartburn, from Chesterfield, who's 20, started going to Gatecrasher regularly when it arrived at The Adelphi. She hooked up with Jon and his friends. "The thing that stood out most at that time was that everyone was doing their own thing.

My friend Laura wore fridge magnets on her top; another, Rachael, made all her own clothes. Jon made his own flashing T-shirt. Another guy used to wear a furry skirt. We all knew Gatecrasher was special. I made so many close friends there. Dressing up was only half of it".

In March 1998, Mixmag took Little Jon and his gang to Cream, while Cream clubbers visited Gatecrasher. Jon had made his own T-shirt, with the Gatecrasher lion and the slogan 'Registered Addict'. "As far as I was concerned we were there to fly the Gatecrasher flag", laughs Jon. Like it or not, he was the first 'Crasher Kid.