This season he's been back on the island that helped break him, after a year away. Joining international club brand HYTE as one of the residents at their weekly Wednesday night party, it's the perfect build-up to the release of 'Underground Sound Suicide', his second album. Packed with guests, from fellow HYTE resident Chris Liebing and ex-Rip Rig + Panic singer Neneh Cherry to Jay-Z producer Just Blaze and UK Grime MC Giggs, it arrives seven years after his status-cementing debut '7 Dunham Place', giving numerologists something extra to get excited about. 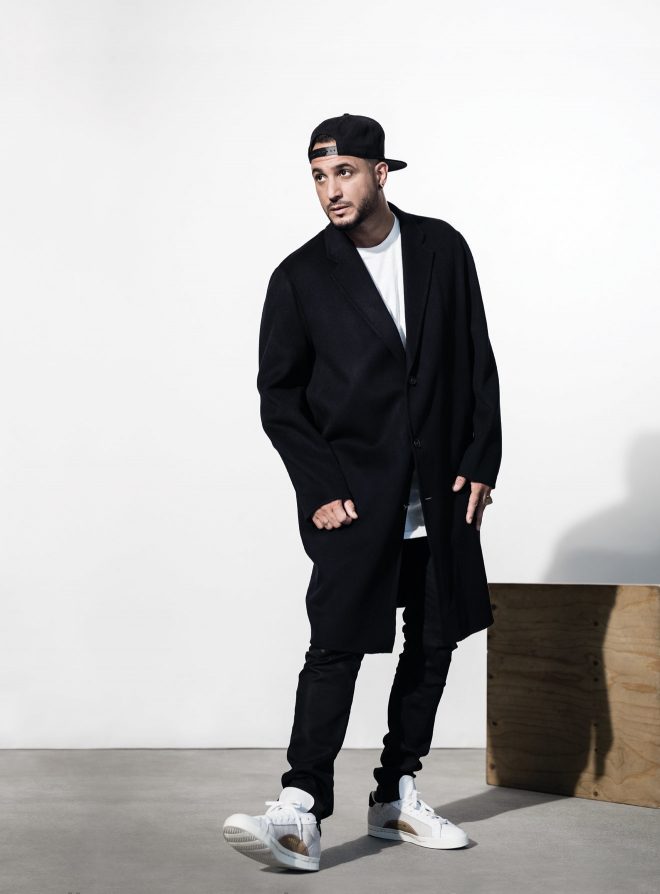 Working the room like a pro, greeting each guest in turn, Dice's six-foot-something basketballer's frame is accentuated by an outfit that could be straight from the streets of 90s New York. Only his patterned trousers add a European touch to the oversized, baggy black tee, hi-top Jordan trainers and a backwards cap bearing the Murk logo. In the counterintuitive way that sometime happens with denizens of the night, he looks far younger than his years, something he puts down to his North African heritage.

When we finally sit down at around 1am by the pool of the plush Gran Hotel, following a five-course meal and a surprise, sparkler-covered birthday cake, an offhand remark about his cap reminds us how long he's been hustling.

"Oscar [Gaetan] is my old-time friend, bro," he says of the Murk veteran, his vernacular peppered with Americanisms picked up from a lifetime listening to hip hop. He may have been less visible, but Dice was already on his way up before minimal, playing New York's Centro-Fly party after his debut single, 2002's 'Phat Dope Shit'. Here he met promoter Rob Fernandez (who sadly died this year), and hung out with the likes of Danny Tenaglia and George Morel. "I know most of these cats from when I wasn't even a big DJ," he says.