Yes, the clubs were closed for 16 months, but the plus side? Independent radio is thriving. Clyde Built Radio, which launched just a month before the pandemic hit the UK last year, was one such station to boot off, via the means of home set-ups and online broadcasting.

Taking its name from the compilation series by Huntleys + Palmers, the station was started by label head Andrew Thomson alongside Claudia Iona Vasiliu. They wanted to create a hub that held the Glasgow music and arts scene together under one roof; a space for interaction and growth. Frustrated with the short-sighted portrayal of the city in music circles, which concentrated on big names and major venues, the pair were determined to show what the creative scene was like on the ground.

The station is all about pushing and amplifying the voices in the city that have always been doing cool stuff there, rather than just established DJs. As such, the team hope to organise workshops and open decks sessions for those who lack the experience or equipment.

Read this next: Listen to an exclusive mix by Glasgow mainstay Wheelman

In line with its community focus, the studio sits in an old stall at Barras Market— the home of local traders which has just reached its 100th year. Built last year but left empty due to the pandemic, hosts can once again broadcast live from the East End space now that restrictions have eased. Amongst the cries of pedlars and the commotion of shoppers, the sounds of Clyde Built’s residents can be heard: a mix of listeners, collectors and independent promoters based in the city, as well as visitors and passers-by.

As it heads into its second year of programming, the radio station has already established itself in the city and further afield. You’re never far from a Clyde Built tote or tee now that parties have restarted, and the team can be spotted on line-ups all across the UK.

Below is a list of shows to introduce you to Clyde Built, from Pigeon Steve’s smooth selections to TAAHLIAH’s hyperpop excursions.

Alongside making hits and performing around the world, TAAHLIAH is a regular on the Clyde Built airwaves. To speak out about Black Lives Matter, the Glasgow artist curated a weekend of programming last June, featuring discussions, speeches and music-led shows. For her slot, she welded a sparkling mix of hyperpop, darker club cuts and some of her own productions. Buckle up!

Last October, Clyde Built worked with resident TAAHLIAH to programme BLK, a stream to raise awareness of the EndSars movement. Plantainchipps participated with an hour of sweet sounds from Nigeria and the diaspora, interlaced with facts and story-telling.

Glasgow label Phase Group specialises in excellent downtempo and disjointed sounds. Their Clyde Built show is no different, offering an hour of music that is equal parts weird and warming, spanning from folk to new wave.

Read this next: Raveheart: How house music exploded in Scotland

Broadcasting in the depths of winter, this show was a much-needed slice of warmth to ease us through a shit season. The Loose Joints head kicks off with some uplifting, synth-laden pop before diving deep through a string of hypnotic downtempo moments, featuring the likes of Fantastic Man, Die Orangen and Clyde Built’s very own Pigeon Steve. 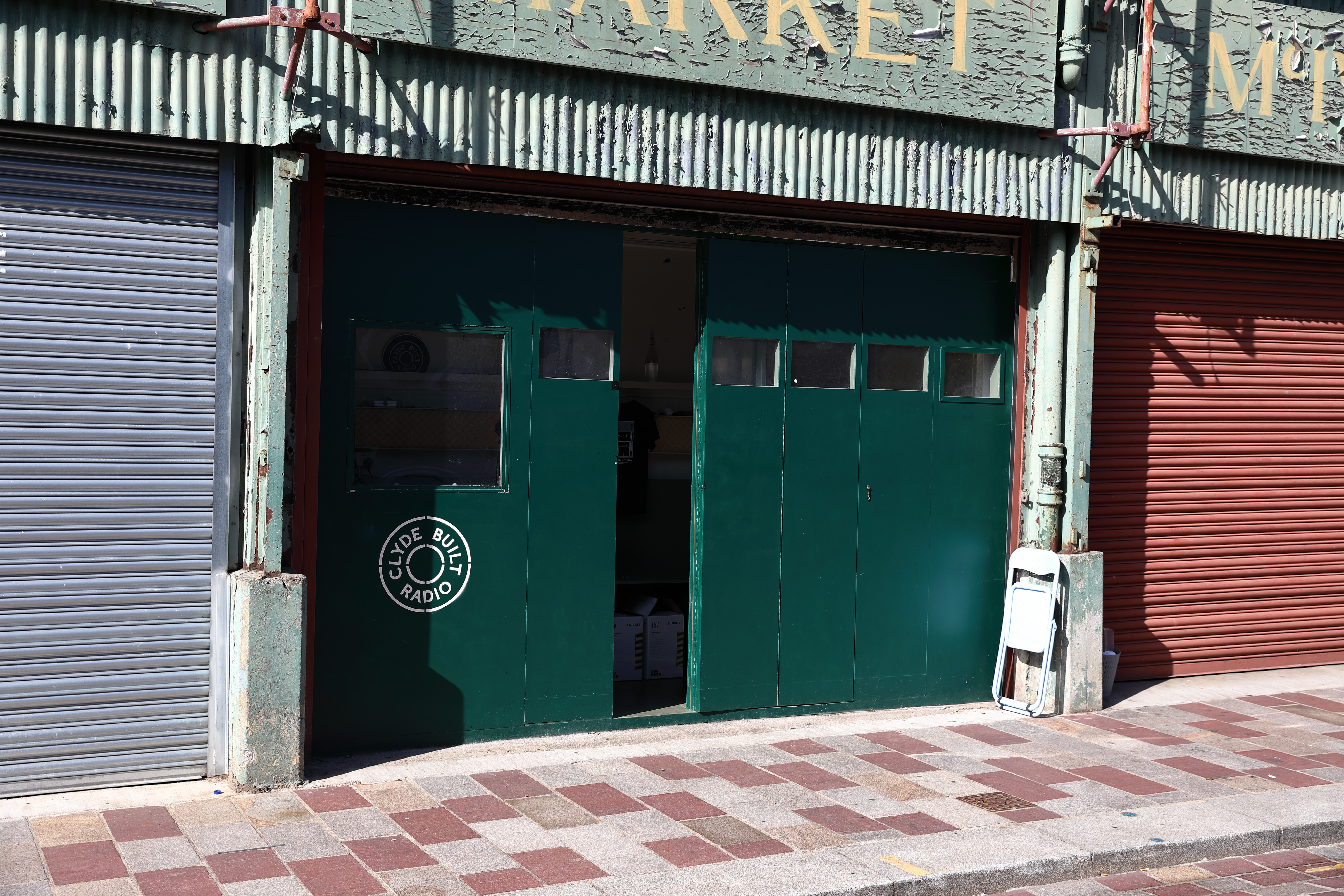 For his second show of the new year, Pigeon Steve continues to bring the magic. Starting with a dubbed out version of Sade’s ‘Your Love is King’, he slinks through some delightful soul, new wave and left-field pop before eventually reaching some attitude-filled house. There are as many hits as there are rarities here, making for one big, pleasant ride.

Read this next: Exploring the outer reaches of Scotland's music scene

Taking on Sunday morning duties, Venetian Blinds promises to get your day started right. As always, this March show offers an hour of minimalist sounds that are suitably warm, hazy and riddled with bird songs.

The Sobhan Show is devoted to sharing the stories of East End locals based in and around Barras Market. This broadcast celebrates the first day of trading for the year with George, the studio’s next-door neighbour who has been selling his own art in Glasgow for 45 years. Get locked in for classic tunes and casual chit-chat across not one, but “two fuckin’ hours.”

Each month, dj peanut serves a real platter of treats to Clyde Built listeners. Here, she cooks up a slow and steady storm loaded with lounge-ready synth action and lush percussion.

Read this next: Why a tabloid storm won't crush Glasgow's famous 'afters' scene

For this show, Cinary layers jazz, dub and psych from across the UK, Brazil and Turkey. It’s a laid-back affair for afternoon listening that grows in intensity as the hour progresses.