In the Grand Hotel on Brighton seafront, Carl Cox sits back on a mock-Edwardian chaise longue. He sips tea and takes a small bite of a crustless sandwich. He wears a stylish grey dinner-suit jacket over a similarly toned, mosaic-patterned open-necked shirt. His face, led by his brown eyes, is jovial, though capable of suddenly hardening if he’s wary. He is reminiscing about Brighton.

“When I moved here in ’85 nobody knew who I was,” he says. “I’d play little jazz bars. If the place filled up they’d pay me. Lots of shebeens and run-down warehouses where I’d put in a generator and sound system. A pound to get in and a can of Red Stripe. We’d kick the shit out of it until the early hours of the morning. I remember playing the Zap Club, finishing at 3AM, going to bed. A friend came banging on my door at four. "We’re bored, let’s get your sound system and play Black Rock [on Brighton’s undercliff].” He sighs. “I grouched for a moment – I’d just woken up – then I was like, ‘OK, fire it up, let’s go.’ I played to the sunrise. Amazing!”

His face lights up at the memory. It’s a long time since he played free parties on Brighton seafront but his belief in the power of dance music to send people crazy with euphoria has not waned. This is a man who was there at the very birth of acid house, playing the opening of Danny Rampling’s epochal Shoom.
He played the M25 orbital raves. He played at era-defining events such as Fantazia, Dreamscape and Rage at Heaven. He had a run of hits through the 90s, starting with ‘I Want You (Forever)’ in 1991. His 1999 mix CD, ‘F.A.C.T.’, sold hundreds of thousands, pushing him to another level. The 21st Century
saw him consolidate his techno rep. His Intec label became globally regarded (as it remains since resurrecting as Intec Digital in 2006). He’s renowned for his personally curated stages at multiple major festivals, notably Tomorrowland, Ultra, and Electric Daisy Carnival, and for his Global radio show, listened to by tens of millions. And then, of course, there’s Space where, for 15 years, Carl Cox has been an essential element of the Ibiza season. He takes up the story from its earliest days. 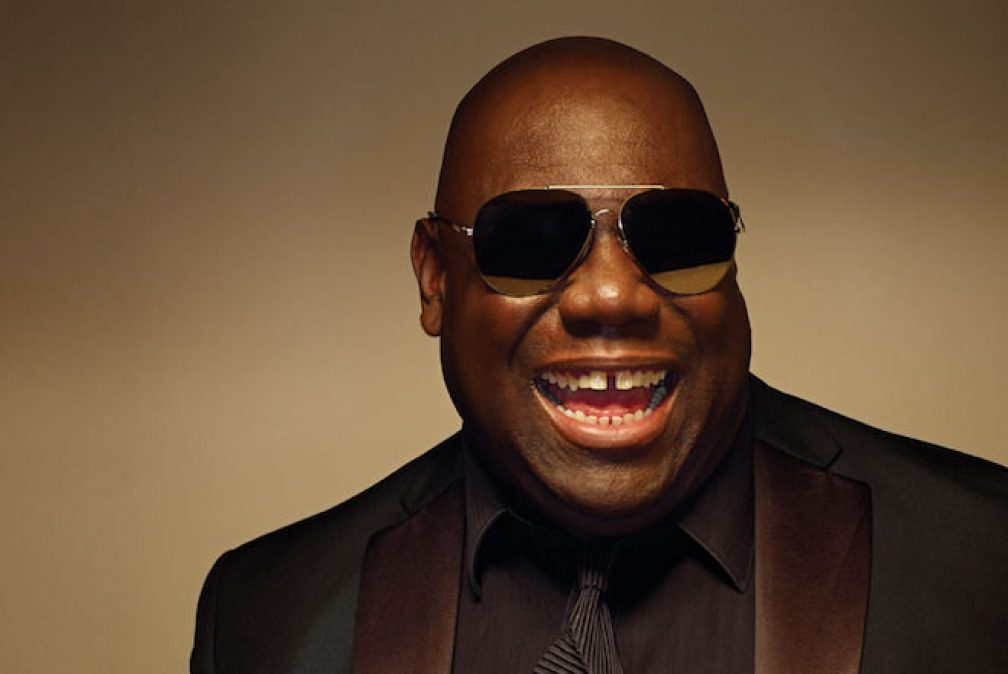 “I was playing Sundays at We Love… Space on the Terrace,” he recalls, “It started out as six hours but then they began booking Steve Lawler, Pete Tong. They started to whittle down my hours – three, then two, then an hour-and-a-half. Pepe [Roselló], Space’s owner, asked me to do the club on a Thursday. I’d always enjoyed the inside, but nobody did anything with it. It was an overspill for the Terrace, pitch black, people freezing their nuts off because the air-con was crankin’.”

So he leapt at the opportunity?

“No, I said, ‘I’ll think about it – but there are conditions: first, I want to change the DJ booth because it’s in the wrong place. Second, the toilets smell so you need to sort that out. Third, the soundsystem sucks, so you need to change it.’ The next season when I walked in – boom! – they’d done it all. I thought, ‘I’d better do this then!’.”

And so he did, moving from Thursday to Tuesday to avoid going head-to-head with Cream. For fifteen years, Cox built his Music Is Revolution sessions
into an Ibiza institution, but this summer, on September 20, it will close its doors for the last time. “Pepe has been running Space since it started,” Cox explains. “Twenty-seven years ago [Ibizan real estate giant] Abel Matutes leased him a bit of land in a car park. The agreement was that once he was 80, Pepe would give it back – and he’s 80 this year. I cannot envision Pepe not being there. It’s not going to work. Ushuaïa, just over the road from Space, is also run by the Matutes family. The guy who manages it is very good at what he does, so they’ll say, ‘Here’s the keys to Space, do what you like.’ I’ve had fifteen years of amazing nights, booked the DJs, had the club how I wanted it. Pepe gave me the opportunity to be the person I am in that club, so if he’s decided to retire, so will I.”

Which, of course, leads to speculation that Cox may be thinking of hanging up his headphones entirely. “People think if I’m not doing Space, I’m not doing anything,” he says, a hint of exasperation in his voice. “Steady on! Take a breath! I’m going to slow down, no doubt about it. The travelling aspect is hard on my body, hard on my brain. I want to wake up in the morning and feel normal. I can’t sleep on demand in all these different time zones. I don’t want sleeping tablets, but I haven’t had a natural eight-hour sleep for years. I’m the consummate night owl but I can’t get back into a daytime rhythm. If I carry on I’m going to burn out. But I’m not over yet – far from it. I’ll just be doing less.”