Our taxi driver is lost. To be fair, all we’ve given him are some fairly vague map coordinates, but he’s been driving around in circles for a while now. It’s the second night of Amsterdam Dance Event 2018, and we’re trying to find an illegal rave.

Mixmag has hitched a ride to the outskirts of the city with Carista, one of Amsterdam’s fastest-rising DJs. She’s warming up the party for Seth Troxler and has a cheery entourage of friends and support crew in tow. We exit the cab somewhere close-ish to the party and stumble through the dark for about 10 minutes, guided by one lonely torch and the faint sound of beats growing reassuringly louder with every step.

Like all good adventures, it’s exciting and a little scary, but the rave is pretty quiet when we finally arrive to find a humble assortment of speakers and smoke machines, with red lights that glow on the surrounding trees.

As soon as Carista starts playing, though, the floor starts to fill, and she sails through a set that includes housey cuts from the likes of Huxley and Anil Aras with some banging techno to finish, bringing the party to a boil just in time for Troxler’s takeover.

“I was just full of energy, like, ‘Let’s go for it!’” Carista tells us a few days later, over tea in an Amsterdam dive bar. After playing another four gigs in the intervening days, her voice is, unsurprisingly, shot. “And come on, it’s a rave, you don’t want to hear folk music.”

She’s right; you don’t. But Carista, more than most, seems to know just the right tune to play at the right time. After her busiest ADE yet off the back of her discerning residencies on Amsterdam’s Red Light Radio and London’s NTS her future stardom seems all but certain.

Carista Eendragt was born in Utrecht, 50 km south of Amsterdam, to parents from Suriname, on the north-eastern coast of South America. Her mother would play records while cleaning the house on Sunday mornings, mainly soul and jazz and Caribbean or Surinamese music.

As a teenager, Carista sought out similarly sophisticated sounds, often trekking from Utrecht to Rotterdam and Amsterdam to find records. In 2006, at 18, she bought a pair of turntables from a friend and taught herself to mix with YouTube tutorials.

Eventually, in 2012, she entered a competition hosted by Rotterdam club BIRD. “I sent out a thirty-minute mixtape, won and then was very stressed as I had to play the club that night!” she laughs. “I was telling my friends, ‘I’m prepared, no worries’ – but I didn’t think I was going to win. I had to find a car, my friends didn’t have a car, the whole hustle.” 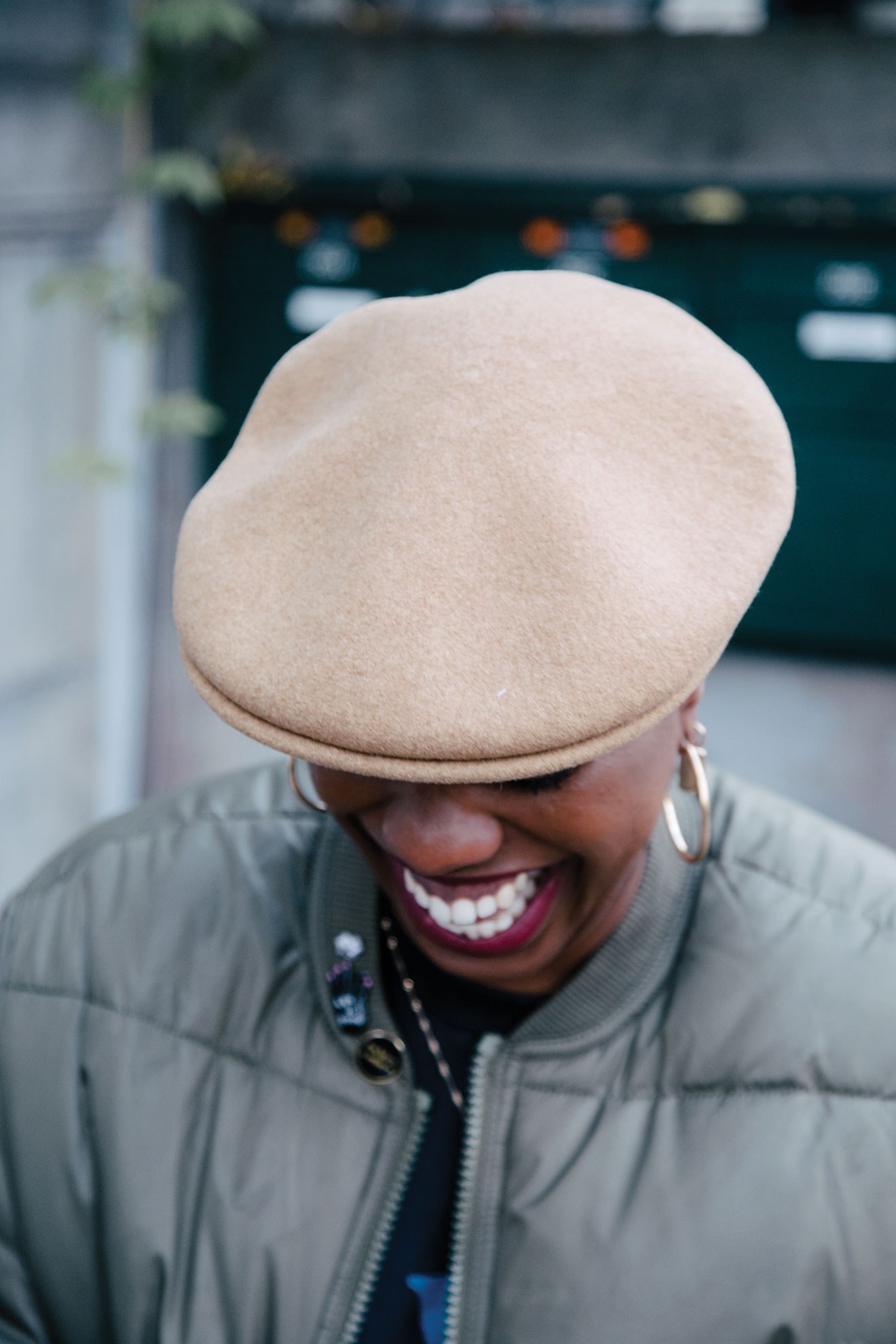 In BIRD programmer Guido van Dieren, Carista found a kindred musical spirit. Van Dieren started to book Carista at BIRD and other Rotterdam venues, and over the next three years she gradually picked up gigs in Amsterdam and Utrecht, too.

On her 27th birthday, fortified by Dutch courage, Carista confessed to her friend that she wanted to make a radio show. Her friend encouraged her to email Red Light Radio. “It took me a whole week, it was an essay, I made a list of the people who inspired me and stuff like that and I got a response in a day and they were like, do you want to do a show this Friday?”

Her first show led to the monthly residency she’s had there since 2015, and when she did a guest show on NTS in 2017 they made her a monthly resident, too. Her eclectic mixes of soul, funk, breakbeats and creamy house have been a hit with listeners and tastemakers including Gilles Peterson, Benji B and Giles Smith of Secretsundaze, who met up with Carista when they were both recording shows at NTS and went on to book her for the next Secretsundaze party, then for another three parties this year.

“Musically, the mix of Detroit house, UK broken-beat vibes and bass stuff she plays is totally fitting with Secretsundaze, so it just felt right,” says Smith. “I could see someone with authenticity who is completely natural behind the decks.”

Carista was a little nervous about her international club debut at Secretsundaze in April. “I was the first one playing; I was like, ‘I can play house, or I can play some boogie, disco, funk...” she recalls. “And so I did that, and I did it in a whole different way to how they usually start a gig [at Secretsundaze]. And they enjoyed it.”

Back in Holland, Carista was already on fire, racking up appearances on Boiler Room and at Dutch festivals Lowlands, Down The Rabbit Hole and Appelsap.

In October 2016, she released an intoxicating, party-ready mixtape called Modern Intimacy. The following month, De School booked Carista to support Fatima Yamaha, and she has played there regularly since.

During ADE this year she even opened De School’s notorious 62-hour party, playing in ‘The Club’ downstairs for the first time.

“I had lots of reactions where [it seemed like] people thought I was going to play my Boiler Room set downstairs, and they were like, ‘You played totally differently to what I’ve known you for’,” she says. “It’s kind of cool to have that surprise element; not every time – but if it’s possible, to make it happen.” 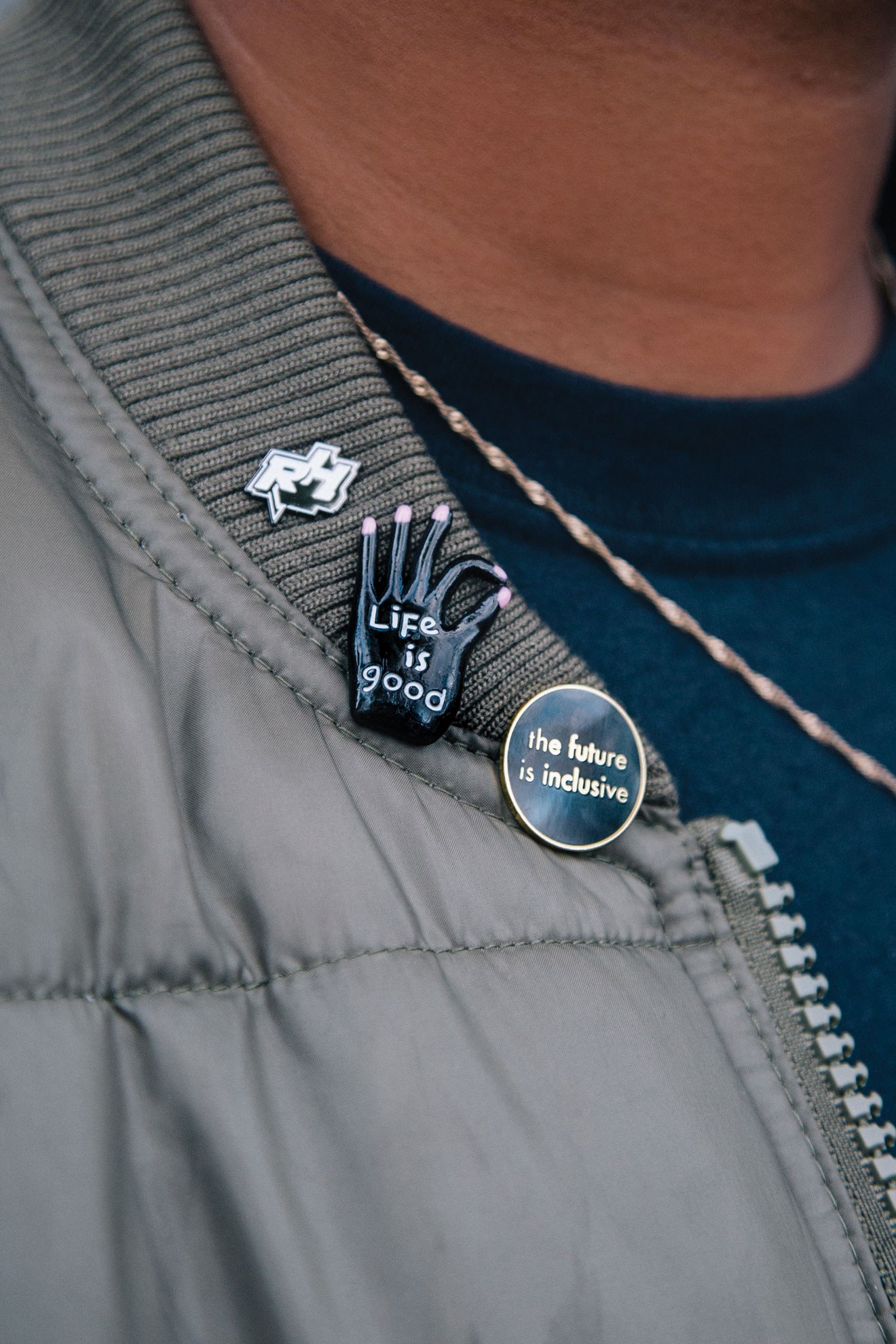 The first time Carista played with Seth Troxler was at WAS. club in Utrecht earlier this year. A few weeks later, he invited her to play with him at DC10. “I was like, sick, going to Ibiza for the first time in my life,” recalls Carista. She ended up having dinner with Seth and his family before heading out, and after a chance meeting with Todd Terry and the requisite group selfie, continued to DC10 where she ended up with the 3am to 5am prime-time slot.

“There’s a certain energy you feel in Carista’s presence,” says Troxler. “On the dancefloor there is a raw essence of self and sound; it’s pure expression defined. In her personal presence there is a humbleness and love that radiates from her. She’s a star in the making.”

Watching Carista’s Dekmantel set this year, it’s clear that as well as impeccable track selection and an infectious playfulness (watch out for her roof-raising backspin) there’s a soulfulness to her DJing that comes from deep within. “I’ve watched that set over fifty times to analyse everything that I’m doing, but I don’t know what I’m doing,” says Carista.

A friend tried to break it down for her. “She said the way I’m mixing the tracks, it doesn’t make any sense at all, but how I’m doing it is sick, and at the right time at the festival, too. And I played a garage tune and a lot of people who go to Dekmantel are from the UK, and [my friend] said, ‘You do it all unconsciously.’ I’m not really thinking about what kind of track, I’m just going with the feeling.”

That set was probably Carista’s biggest push onto the international stage, but she’s equally proud of the launch of her United Identities party last year, which promotes inclusivity and diversity in the club scene and highlights local Dutch artists. “The club night is really in its infancy, and starting next year I’d like to take it further,” she says. “I’d like to host a stage at a huge festival and program all the artists I love.” As a woman, and especially a black woman, she feels it’s important to provide a counterpoint to the mainly white, older men running the club scene. “It’s time to shake things up now, and it’s happening – slowly but surely, it’s happening.”

Carista still lives in Utrecht, a calm haven away from the at-times crazy Amsterdam scene, where she combats stress with jogging, kickboxing, and spending time in nature. Six months ago she quit her day job and has “no regrets”; she’s making her debut in a number of European countries over the winter, and has bigger things in her sights.

“I would love my profile to rise more as a curator,” she says. “In Belgium you have Lefto, in the UK you have Benji B or Gilles Peterson, in Holland you don’t really have that– so I’d love to be doing that for the Netherlands. And I think it’s going to happen.”

We’re not going to argue with her. Carista is already well on the way.