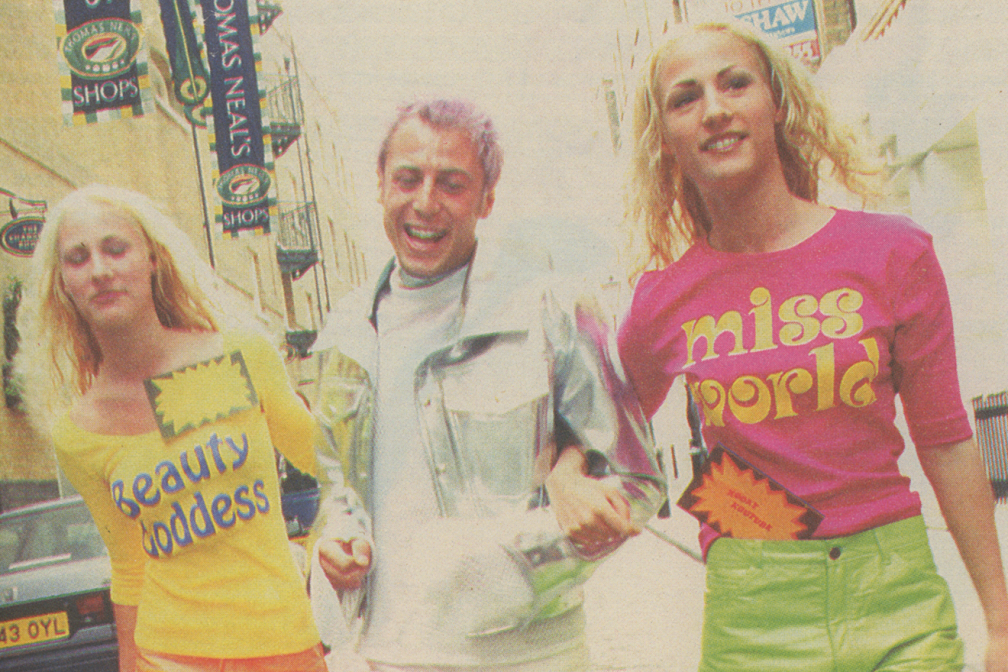 I became the picker at the now demolished Hanover Grand in the late 90s/early 00s. It was a place where fashion met music; there were no rules and everyone was beautiful. It had drag queens on the door dispensing unlimited glitter, the soundsystem was powerful and the DJs were burgeoning young upstarts like Lee Burridge and Craig Richards and the then superstar Seb Fontaine. The queues we had were large and bustling and people arrived early; there were no tickets in advance and you took your chances queuing in the cold. When you eventually got to the front of the queue you would meet me: a skinny bloke with blue hair dressed in a silver metallic jacket.

If you didn't fit the look of the people we wanted to come to our club then it would be an instant no – "Please step aside, you didn't cut it tonight," I'd say. People wouldn't, of course, so the doormen often had to step in. Those who were borderline, I would test to see if their attitude was good. We would ask them to sing their favourite Elvis song or other camp classics – it was a mixed gay club, after all. If they obliged then we'd let them in, but if they got funny or angry we'd filter them out. Jo Jo Kelly who used to run the door at Vague in Leeds used to get straight boys to snog their own mates – a little uncomfortable for many, but they did it and would get in.

The result: everyone who got in was totally up for a laugh, and the atmosphere inside was always electric. Of course, it made peopIe angry when they were turned away: there'd be physical threats every week, people who would promise to wait for me outside until I'd finished, or who said they were so rich they would buy the club and get me sacked; sometimes they'd say "Do you know who I am!?" – especially the famous footballers I kept out. Once, a guy whose mates we wouldn't let in tried to drop-kick me, jumping into the air and lunging but somehow failing to connect. He fell to the floor and didn't even spill his drink, so we applauded his skill.

And then, suddenly, door pickers seemed to vanish from the scene. Legal requirements mean that even pickers have to do their SIA bouncer exams these days, and with tickets sales pushed way in advance to counter the pressures of filling a venue, a good door policy is a lot more difficult to enforce. And that's a shame.

The very presence of a door picker shows that whoever is running the club is attempting to create a little universe for themselves, and excluding people actually brings everyone else closer. The clue is in the name: a 'club' is essentially a collection of like-minded people to which you want to belong. If you are lucky enough, you will get to know the door picker, the gatekeeper to this world, and they will become good friends and sometimes, an important ally. They will protect you from the beer monsters, the fighters, the gropers, the dreadfully un-trendy, the gangsters and the hoi polloi. They take the flack out the front while you party in style inside. It's not an easy job. There are down sides. Pickers have been known to just let their mates in when the venue gets very busy, and the system can be abused by people with prejudices about race, gender, or class. It's important to strike a balance so as to avoid cliques and keep fresh blood in the club, so you let people know that if they try hard enough they will eventually get in. "It's not always about the way you dress," says Jenny Rampling; "it's about mixing it up. When you are running a small capacity club, the door picker's job is harder if you want the night to be fabulous and have longevity".