For over a decade, Alex Ridha aka Boys Noize has been at the forefront of a constantly transforming scene. His distinctive and often abrasive style of music has not only influenced a wealth of producers today, but has typified the electro/techno sound that has swept the globe.

Cast your mind back to 2005/06. A brash and exciting electro sound was beginning to rear its head and raves were being taken over by kids who wanted to loose their shit to what artists like Busy P, Justice, Tiga and Alex Gopher were playing. Alongside them, Boys Noize was leading a charge that no-one could stop.

In 2005 he established Boysnoize Records and two years later he released his earth-shattering debut album 'Oi Oi Oi'. Tracks such as "Lava Lava' and '& Down' shot Ridha into the spotlight and he's not left it since.

As well as killer original work, his remix list is nothing short of outrageous. He may well be one of the most prolific remixers in the game and edits of Dave Clarke, Tiga, Royskopp, Michael Jackson, David Lynch, Depeche Mode and Housemeister have set the bar high. Who can forget his remix of 'My Moon, My Man' by Feist, a pre-2010 anthem and one that is still the perfect set-closer.

Two more albums have followed since 'Oi Oi Oi' and his most recent creation 'Out Of The Black', which dropped in 2013, was accompanied by a massive live show that saw Boys Noize bring forth the fire on top of a giant, ominous skull. He even had Snoop Dogg feature on one of the tracks.

It seems that no stone has been left unturned in Ridha's decade-long career and it's not just his solo projects that have had us dancing. He's worked with Erol Alkan on killer cuts like 'Lemonade' and 'Roland Rat, joined forces with Mr Oizo as Handbraekes, got his piano on with Chilly Gonzales as Octave Minds and conquered the main stages with Skrillex as Dog Blood.

These have all been massively popular projects but it's his work as label boss of Boysnoize Records that's perhaps most impressive. 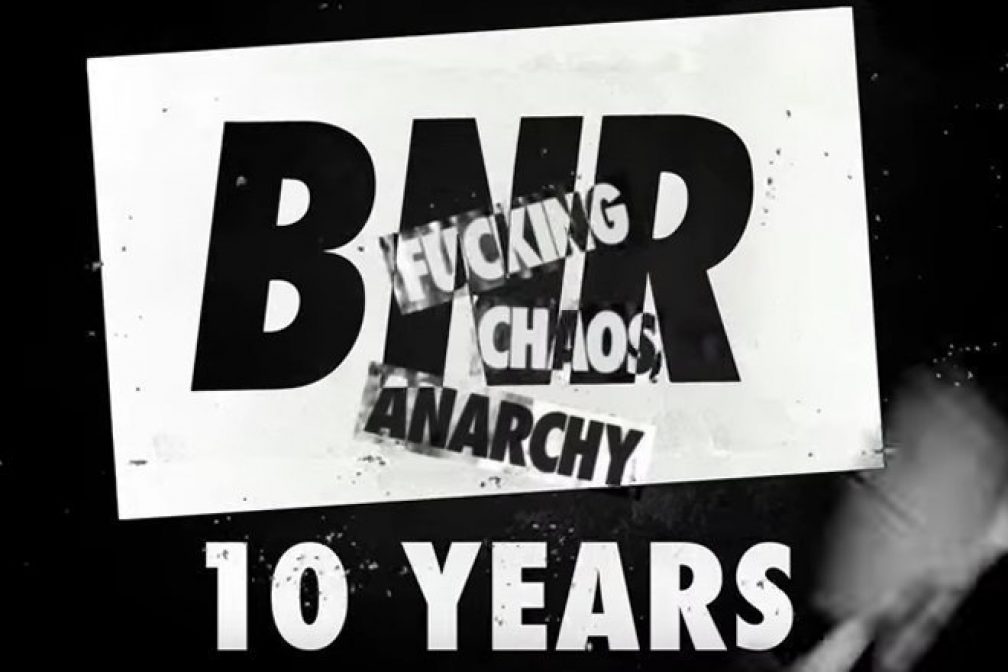 The label has nurtured artists from the start of their careers and watched them blossom into globe-trotting DJs and producers. The likes of Spank Rock, Strip Steve, Djedjotronic, Mixhell and more recently young prodigy SCNTST have all released via the imprint and continue to push the boundaries and sound signature of BNR.

The sister label BNR Trax also plays home to some seriously hot releases and Jensen Interceptor, Para One, Cardopusher and D.I.M have put out some of our favourite electro, techno and acidic bangers to date.

The label has had 10 long years of huge music, huge artists and huge club nights so now it's time to celebrate. As the team gear up to party hard in 2015, they've pulled out all the stops and their London gig on May 3 is pretty incredible. Joining the almost-full BNR roster will be Busy P, Tiga, Feadz and Xavier De Rosnay from Justice. Essentially it's a who's who of new electro and the perfect way to spend your Easter holidays.

We're thrilled that Boys Noize has gone In Session for us and recorded an hour of pure, un-adulterated Boysnoize Records gold. Every track has been released on the label and is a true showcase of what the imprint is all about. Tracks from Pilo, Jan Driver, Knox and the Noize himself are included in one of the fieriest and most slamming mixes we've had in ages. Check it out.

The BNR10 party at Heaven, London takes place on May 3 and you can grab tickets here