This weekend's official Hï Ibiza Opening Party doubled up as Black Coffee’s first Saturday night gig of the summer. After a truly triumphant debut season in 2017, when the South African icon established himself as a top tier talent in the booth and a bonafide superstar away from it, the Durban-born DJ phenomenon was back in Ibiza for a second year of headline residencies. And his much anticipated return to White Isle action literally drew thousands of people into Playa d'en Bossa from all over the island to see him perform.

We make it inside the venue at 1am and immediately set off to explore the numerous indoor and outdoor rooms. The three outdoor spaces are distinctly different from one another. There's the Secret Garden with its glamorous tepees, the much larger Magic Garden with its various themed bars bordering a low-lit patio, and finally the Dom Pérignom Bar, drenched in black and gold curtained booths. Despite the branded name, the Dom Pérignom Bar - which used to be known as the Premier Etage back in the day - peaks our interest.

This rooftop area was only accessible to VIPs last summer, but thankfully this year it's open to everyone. And herein lies one of the first overt themes of Ibiza 2018 - the slimming down of a number of superclub VIP areas. Pacha opened up their patio to standard ticket holders last month and now Hï have followed suit on their rooftop. All of which is great news for everyone, after all, exploring these labyrinthine Ibicenco venues is an essential rite of passage for ravers in Ibiza.

When you snip back the cordons, you definitely increase the fun.

Three alfresco zones is quite a lot for any nightclub, even in Ibiza, but each area is reasonably busy, even at this early hour. "A lot of Spanish people, especially the older ones, never even step foot on the dancefloor," Isabella, 25 from Ibiza explains as we sip our €18 gins. "They come with friends and spend all night in the garden or on the terrace, chatting and having fun. You see it on the Pacha rooftop all the time. That's why Hï have made so many outdoor areas; they know that's what we like!"

By 2am we're suitably giddy and ready to find our spot on the Theatre dancefloor. The Theatre is the biggest of Hï's three dancehalls and also home to the high arc of VIP booths that appear on many of the press photos dotted about the web. The huge laser shows that defined last season's Tuesday night residency, headlined by Eric Prydz, are nowhere to be seen. Instead, a few lonely search and destroy lasers wheel this way and that. Which is more than enough, after all, Black Coffee's mission here is to create long, meaningful journeys and it just wouldn’t do to divert peoples' attention away from the music and jerk them out of their stomping hypnosis.

When Black Coffee finally appears at 3.30am the crowd go nuts. Make no mistake, he's is a genuine star. The real deal. His Afro-house output designed to work its magic on your soul. Just listen to that percussion, those spirit rousing chant overlays - this shit is truly epic. In the first hour we're taken to a different continent, then we're whisked off to a different dimension. It's hard to think of another DJ in the world right now so proficient at merging the sound of real instrumentation with futuristic bass and lead lines - and all at a respectably low BPM. 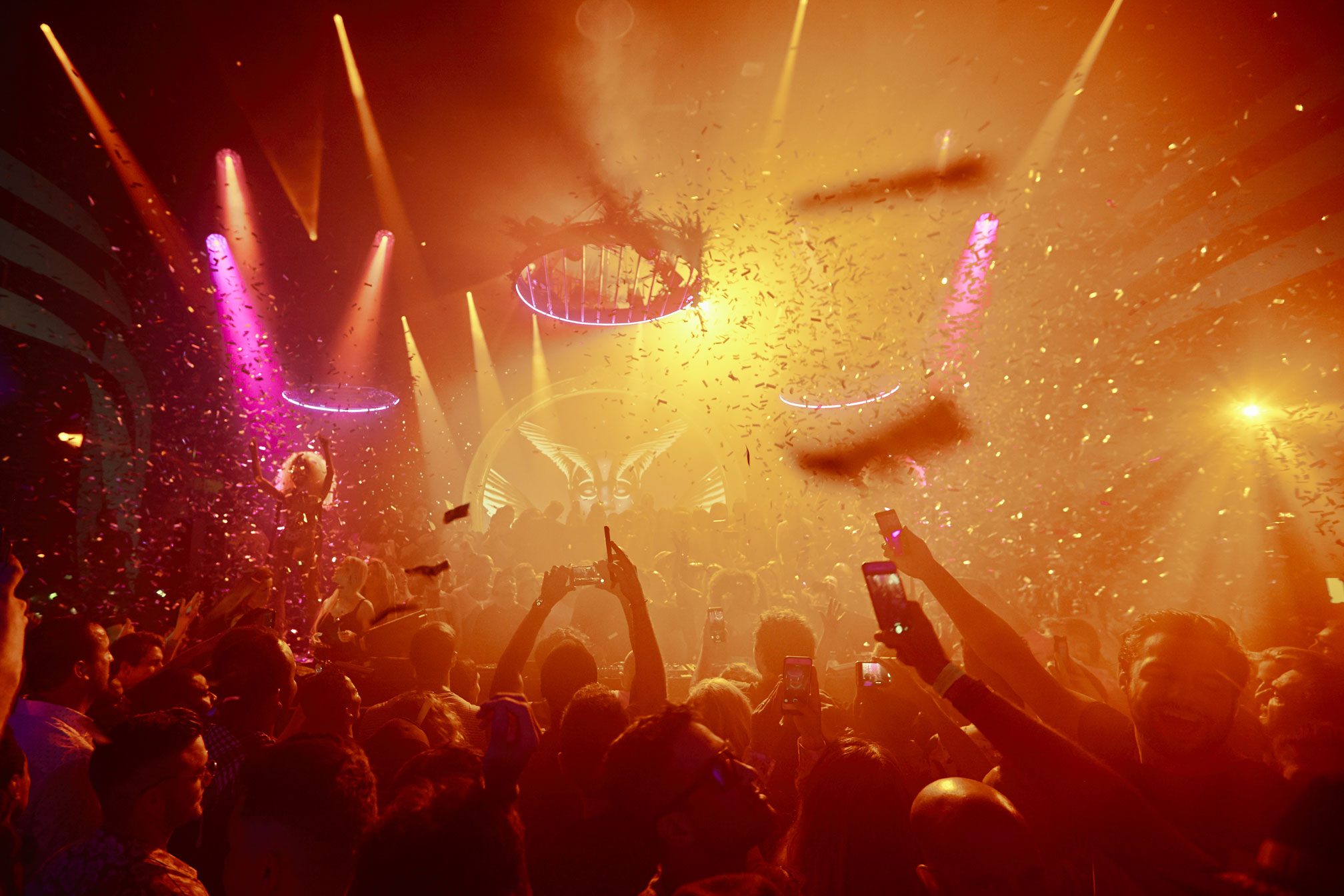 Later in the night we head for the Wild Corner. Now, for those of you who have been living under a rock for the past 12 months, Hï's Wild Corner is basically a small, dark, low-ceilinged room, with a compact DJ booth in the middle, surrounded by two opposing rows of toilet cubicles and plenty of vivid lighting. That's right - it's all very Ibiza and a real throwback to the mid-90s when Manumission first came up with the idea of placing DJs in the Privilege bathrooms.

The real trick in making a room like this one work - after you've installed the obligatory air conditioning, of course - is the musical programming. After all, few of us actually plan on spending the night dancing next to the toilet cubicles. But at some point we're going to need to drop in and purge all the gin we've been drinking. And that's when the Wild Corner grabs you!

Suddenly you're hit slap bang in the face with a total overabundance of groove and funk and rhythm. Tonight Ibiza DJ collective Melon Bomb are responsible for the output, delivering a barrage of upfront, uplifting house and disco at it's credible best. Their yield is, at times, quite random, but they’re not dropping anything cheesy, just carefree, seriously fun and soulful 4/4 beats designed for intimate island rooms like this one, where people wind up coming together over the course of the night and making tons of new friends on what is a very unique dancefloor.

So what about the theme in the in the Club room? Well, there isn’t one. But that's probably the general idea. After all, the Club room is the place you go when only no-nonsense deep house and techno will do. Although, to be fair, the DJ collectives on show - Audiofly, Mandar and Housekeeping - are managing to maintain a certain level of mysticism, injecting intermittent allusions to their own particular style of sonic esoterica. Housekeeping, for instance, have a wonderful appreciation for Arabian-style percussive grooves, while Audiofly are typically emotive in a cosmic, sci-fi sense. But ultimately the vibe here is less epic than the Theatre and more serious than the Wild Corner. The central premise? To create a standardised clubland experience without diverting too far from the native hypothesis of the event. And it works. We've been dipping in and out of the Club room all night and the vibe here is always easily accessible.

For the last three or four years now the whole story of South African house music has been building. The subject became a real point of interest with people two years ago when Black Coffee became the central figurehead for the movement. Then when he scored a weekly residency at Hï the hype train went into overdrive. But in this instance the hype is totally deserved and taking into account what we witnessed on Saturday night the excitement is only going to escalate over the course of the summer.

Why? Despite the buzz surrounding South African house music, Black Coffee and his team aren’t only focusing on one sound. Instead, we see a loose dovetailing between the tribal sophistication of the atmospheric Afro-house sound that Black Coffee promotes and the spiritual splendour of the nomad movement currently gaining traction on the island. When it comes to programming the night musically, this allows Black Coffee to sit beside acts like Housekeeping and BLOND:ISH on a line-up brimming with afro, ethic and esoteric appeal, a move which simultaneously broadens the appeal of the night without diluting Black Coffee's end product.

Factor in a fully built, fully functioning Hï and you'd have to think this award-winning party will rack up a few more gongs in its second full season on the island. And on a long enough timeline, if Black Coffee and Hï can continue working together and growing together into the next decade, you get the sense that both are well on course to realise their full potential.