After a busy off-season replete with new party announcements and massive club to club transfers, it's time to check out the hot talking points that lead us euphorically into the summertime imminence of Ibiza 2019. 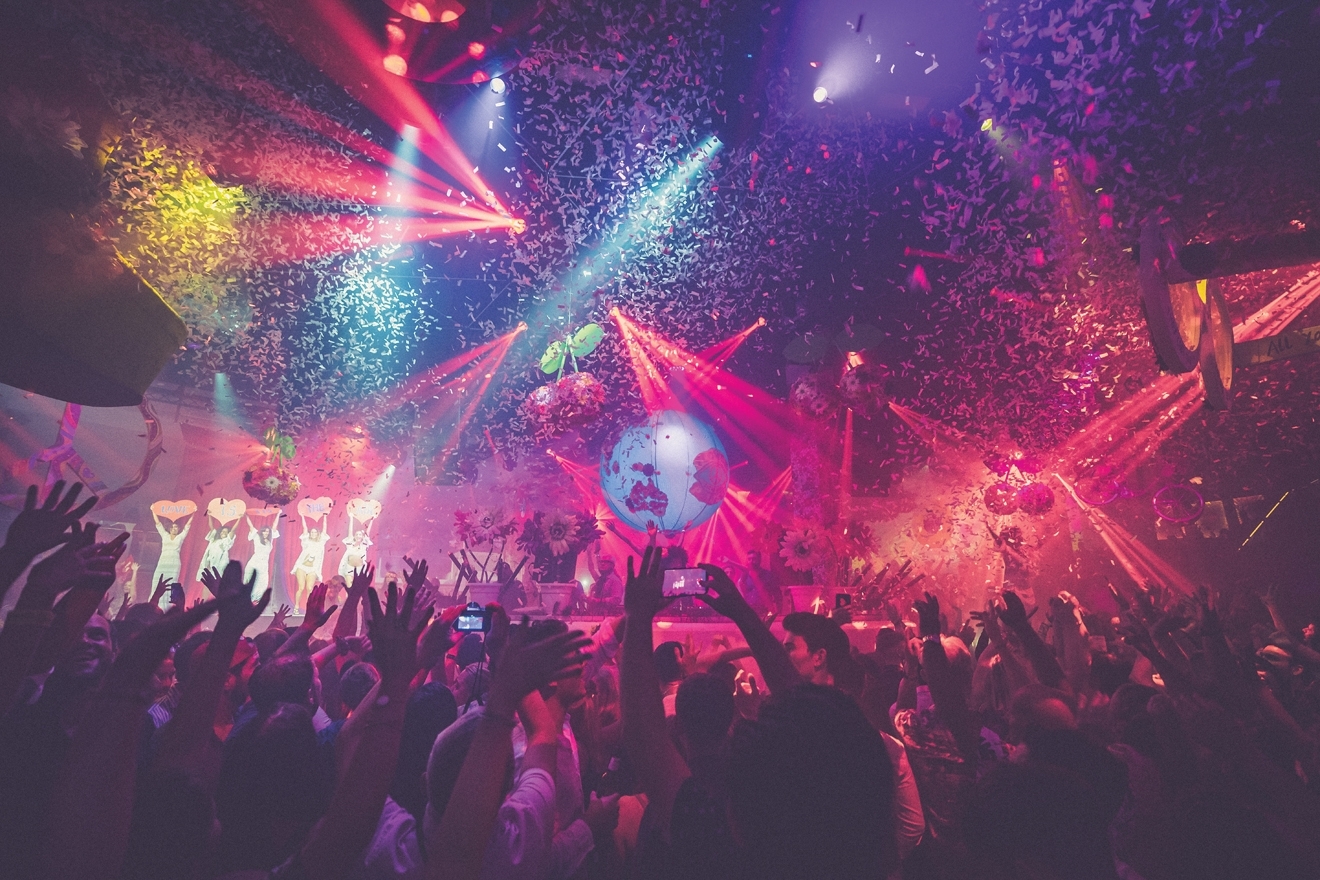 This winter, the clubbing world let out a collective gasp when Marco Carola announced he was leaving Amnesia, the superclub juggernaut where his Music On party was a flagship attraction. A second collective gasp registered on the Richter scale when Carola made it know that he was transferring to Pacha, where unadulterated techno music has never really caught on. But perhaps all the surprise was unwarranted. After all, according to the rumour mill this particular paradigm shift has been on the cards for at least 12 months, with Music On supposedly on the brink of leaving last summer, before a last minute change of heart saw Carola stick with Amnesia. Putting all the historical hearsay to one side, the big question now is whether Carola's rolling techno sound will woo the Pacha faithful. And will Music On's loyal fan base be willing to swap the raw superclub appeal of Amnesia for Pacha's more intimate corridors? It's for all these reasons that Music On at Pacha is this season's most intriguing new event.

Every Thursday from May 16 to October 3

New for 2019, tech-house dominators Fisher, CamelPhat and Solardo front a brand new post-midnight party in Playa d'en Bossa, called Bodyworks. There are multiple reasons why this one seems to tick all the boxes. It's always a good sign when your party is full of young island workers and last summer Fisher, the Australian selector who stole the show at Hï in support of Eric Prydz, was a firm favourite with Ibiza's influential workers core. Add CamelPhat and Solardo to the mix and you have arguably the three biggest tech-house hitters on the planet performing together every week at the same party. The upshot? No doubt words like roadblock, rammed and off-the-scale will be used in review of Bodyworks' first season in Ibiza. But beyond 2019, we still don’t know if tech-house is just a fad. Right now, it's the hot new sound and the big reason why newbie ravers are ditching EDM in their droves. But is the genre deep enough to keep the kids interested in the long-term? TR-808 powered, acid-infused monsters like Solardo's 'Crank' suggest this trend has plenty of scope for evolution.

Every Tuesday from June 25 to September 24 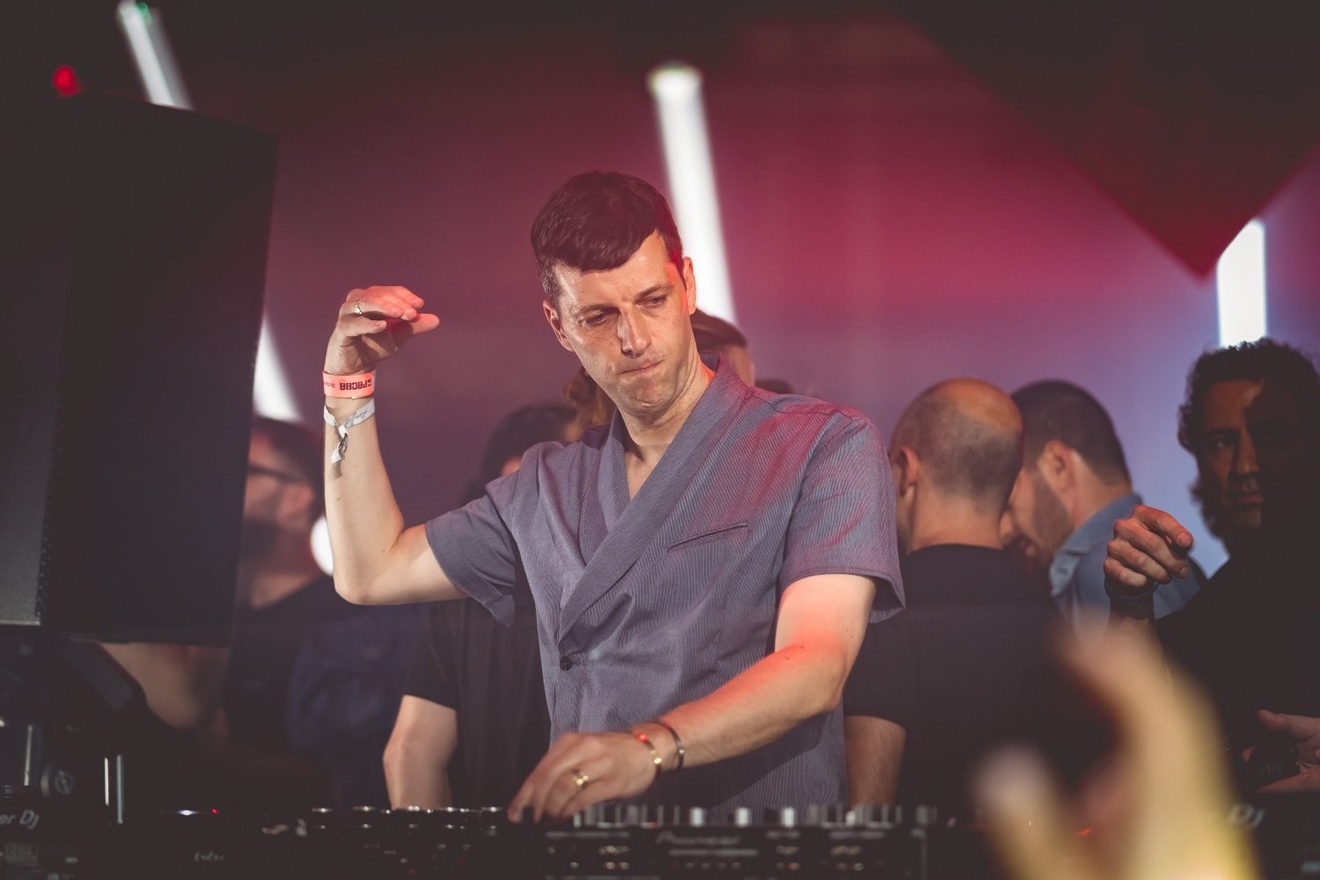 More big news coming out of Pacha this winter concerns the arrival of Steffen Berkhahn, better know as German deep tech maestro Dixon, who is set to host a brand new weekly shindig at Pacha on Fridays throughout the summer. Sonically, it doesn’t get much better than this. Dixon has a unique penchant for selecting sublime and profoundly esoteric tech tunes. But just because the Innervision's boss is accustomed to taking ravers on emotive dancefloor journeys doesn’t necessarily mean Transmoderna will be a success. In recent seasons, Guy Gerber and Maceo Plex have both failed to make their weekly residencies at Pacha count. But let's not get too pessimistic. After all, Solomun's Pacha residency is now the venue's showcase event. And across the road at Heart, Bedouin have quickly become the undisputed figureheads. All of which suggests the well-heeled tourists who like to hang in Ibiza Town are now ready to engage dance music's deeper side.

Every Friday from May 24 to October 4 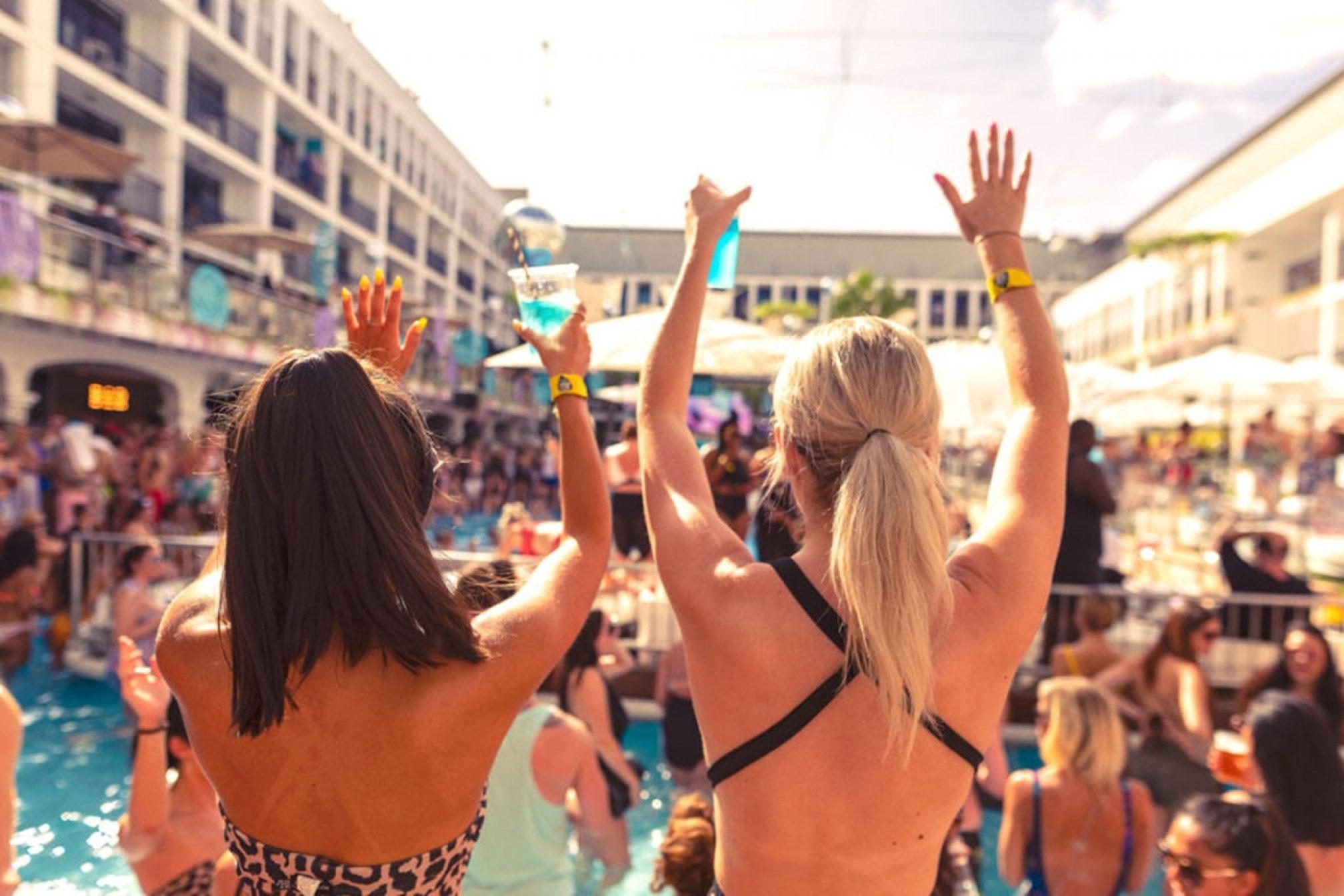 Inspired by the global health and wellness boom, this new pool party concept at Ibiza Rocks Hotel is more than just a regular daytime rave. Female role models Krystal Roxx, Anne-Marie and Stefflon Don will provide the tunes, but they'll be doing so against an educational backdrop curated specifically to restore and refuel all those in attendance. Charcoal shots, celery smoothies and vitamin drips will take preference over the Jägermeister. And there'll also be yoga classes, guided meditation and talks with top guest speakers down in the courtyard. It all sounds tremendously empowering. But have the 20-somethings who like to party Ibiza Rocks Hotel really had enough time to pickle their vital organs just yet? The truth, of course, is that dance music's next generation are being proactive rather than reactive when it comes to safeguarding their health. 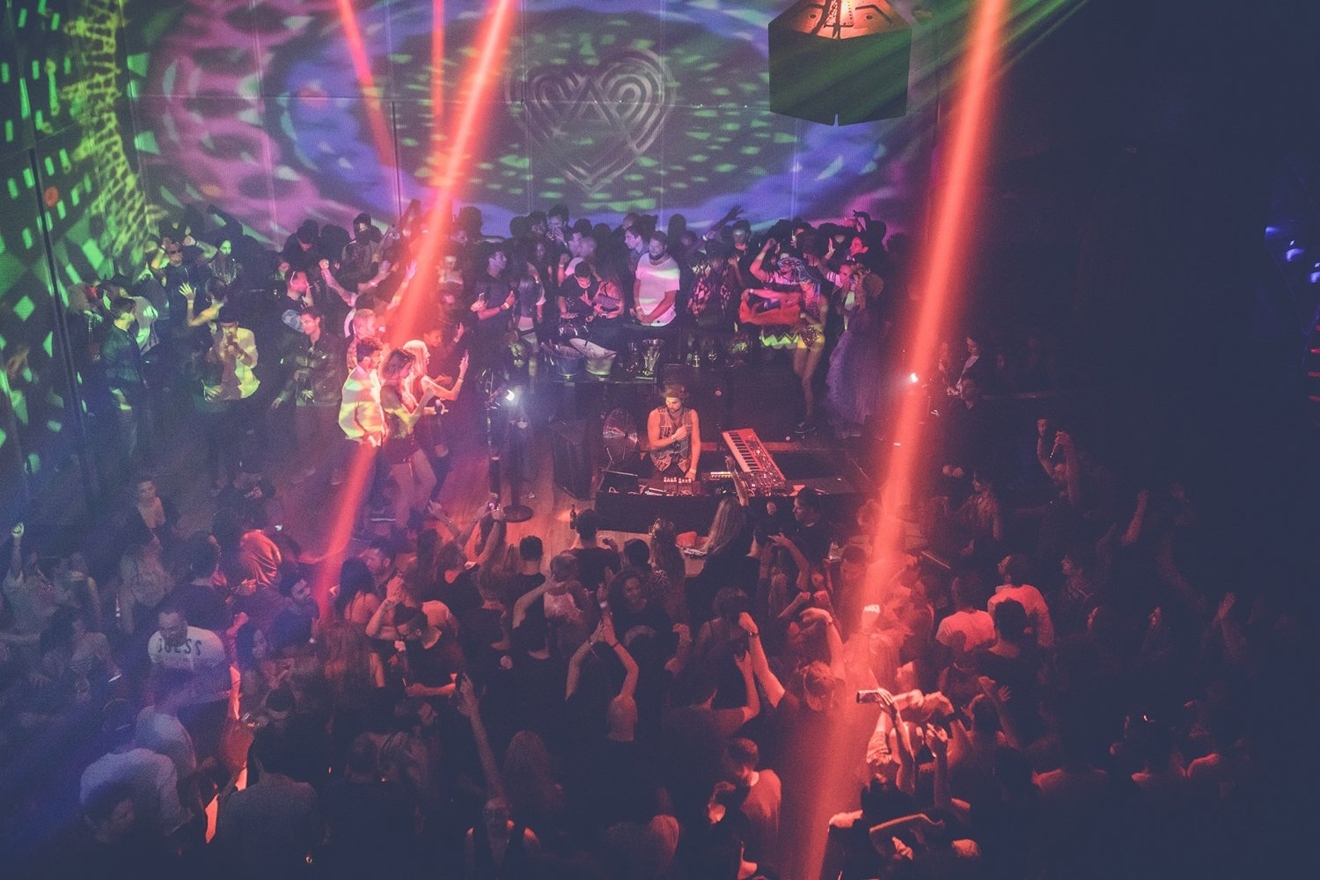 Geographically, you'll find Heart located on the edge of the Marina in Ibiza Town, slap bang in the middle of Lío and Pacha. In terms of atmosphere and aesthetics, the mood is part club, part cabaret and the clientele who hang here tend to be a little bit older than the clubbers who party in Playa d'en Bossa and San Antonio. Consequently, Heart's headline parties can be somewhat artsy. But musically the output is always underground in pitch. This summer, the venue has added an extra dose of shamanic tech to its weekly roster in the form of 36-year old Dutch composer Satori. Rather than spinning vinyl or dropping .wav files, Satori will be running two laptops, launching clips, triggering a drum computer and playing all manner of weird sci-fi woodwind instruments which he links up to his synthesiser. It's live, but it's still an electronic performance. And along with Bedouin's Sunday night party, Saga, Maktub offers ravers who haven’t visited Heart another excuse to peruse this slick, somewhat left of field nightclub.

Every Thursday from June 6 to September 26 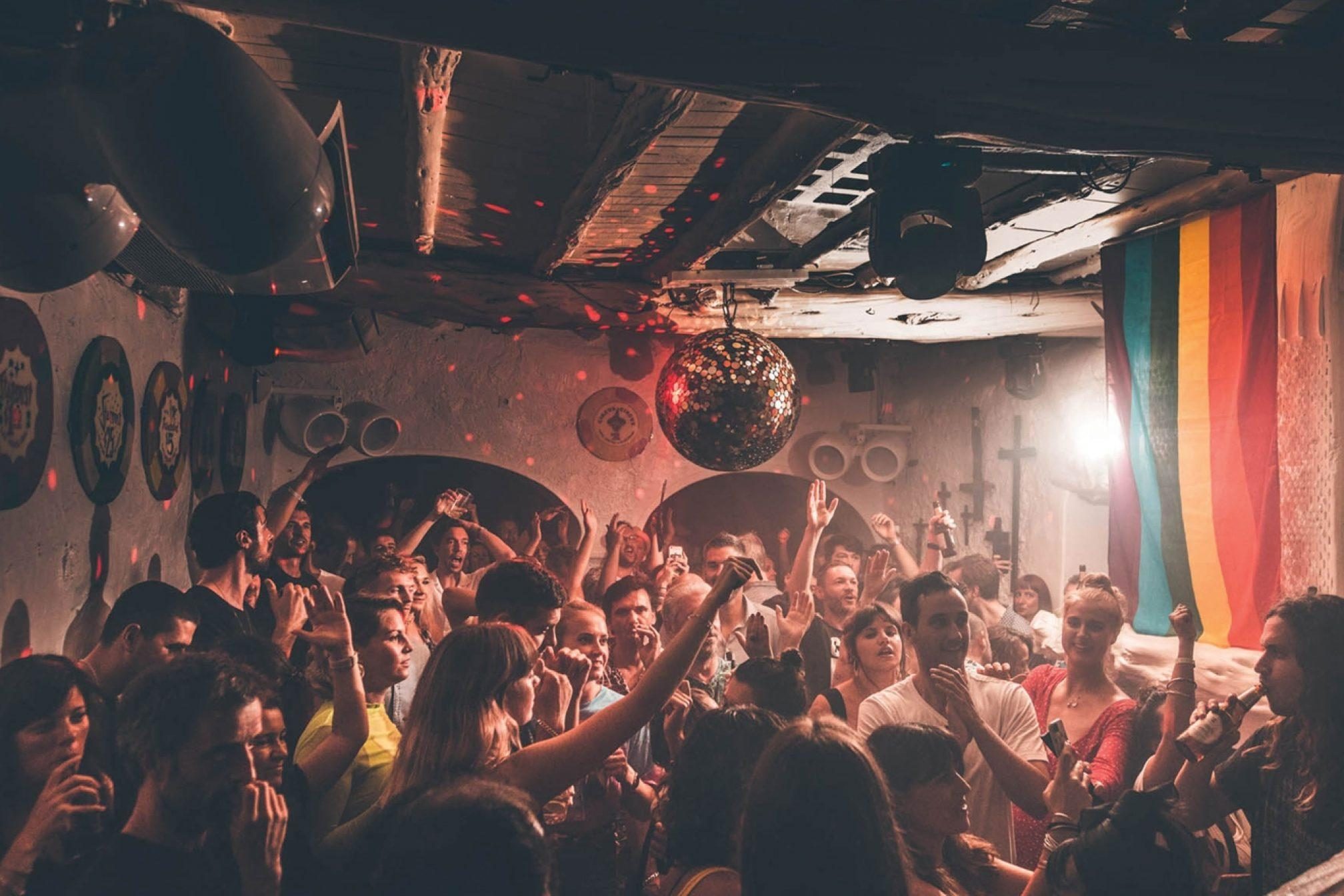 We've been hearing whispers regarding Wax Da Jam's imminent move from Las Dalias to Pikes for a few years now, but this summer it's actually going to happen. Presumably the more accessible location will open up Wax Da Jam to a whole new audience who weren't able to make it to San Carlos, which is likely to cause a reduction in the average age of the crowd attending this season's event. Musically, anticipate everything from reggae to disco to hip-hop to funk, with house party vibes the strict order of the day in both Freddie's Room and outside in the open air garden. The island's villa party scene may have been somewhat suppressed over the last five years, with afterparties now few and far between. Nevertheless, if this is your first time in Ibiza or if you've never had the opportunity to experience a secluded shindig in the Ibizan hills, a night at Pikes will likely offer insight into how those informal get-togethers invariably turn a little bit crazy and never seem to end.

Every Monday from June 3 to August 5 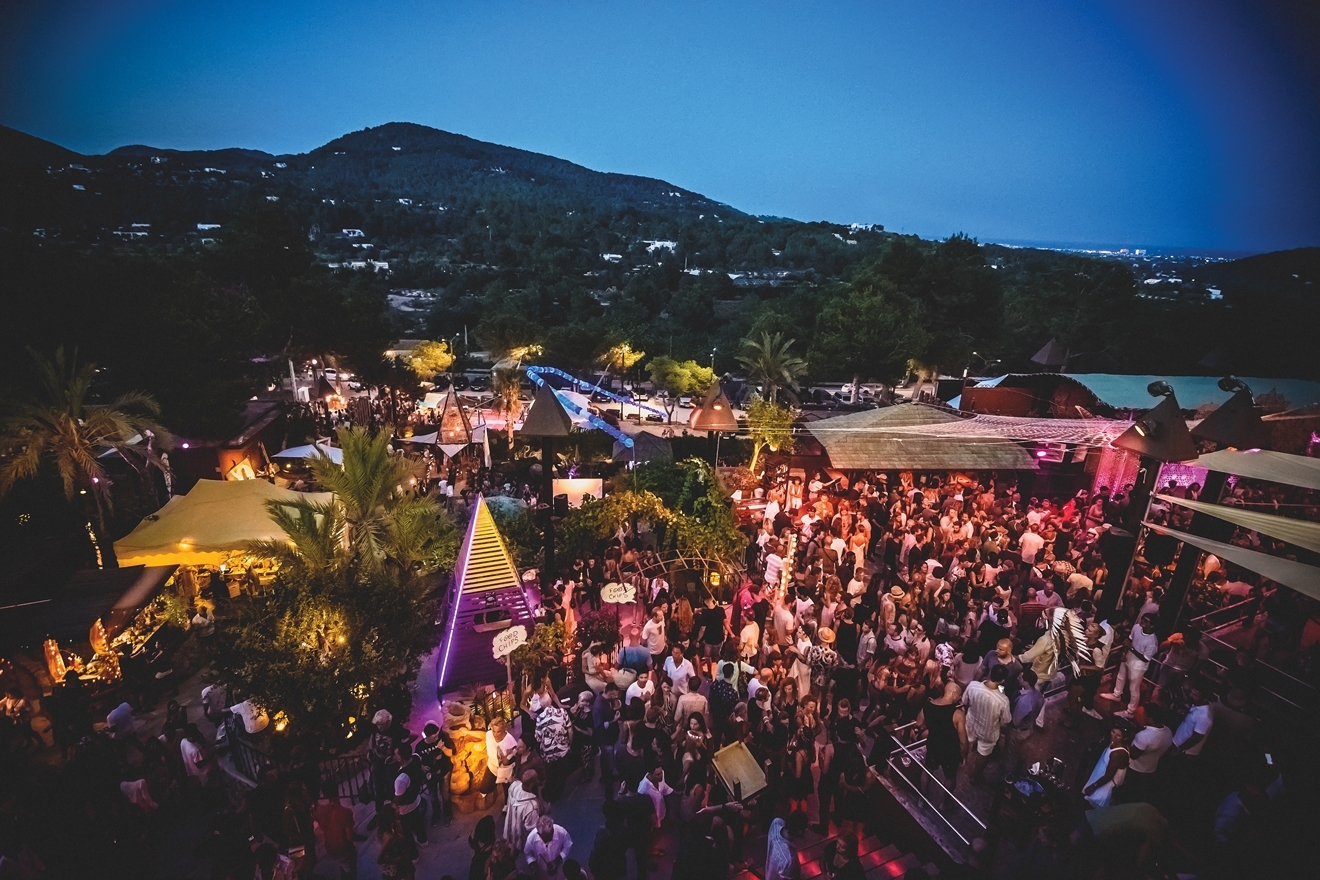 She's been an integral part of the Diynamic crew since its inception, but it's only recently that Magdalena has started making a name for herself as a top-tier headliner. In 2018, the former talent booker turned spellbinding-tech selector found success hosting her own weekly residency at Blue Marlin, where she was joined in the booth by apex guests like Solomun, andhim, Anja Schneider, Oliver Huntemann and Nakadia. This summer, Magdalena swaps her Friday evening timeslot at Blue Marlin for Friday evenings at Cova Santa, where the action extends to 6am rather than midnight. Sonically, the elongated run time will allow Magdalena to take her Shadows show into even deeper waters, with artists such as Guy J, Audiofly, Michael Meyer, Kollektiv Turmstrasse and Nicole Moudaber already locked down to perform. It's an incredibly ambitious project, particularly as most Brit clubbers consider San Jose a little way off the beaten track. But here's the thing: Cova Santa's innate charm lies in its mystery. And those audacious ravers who do make the pilgrimage will find the true essence of Ibiza's countercultural heritage waiting for them at this mouth-watering free party.

Every Friday from July 12 to September 13 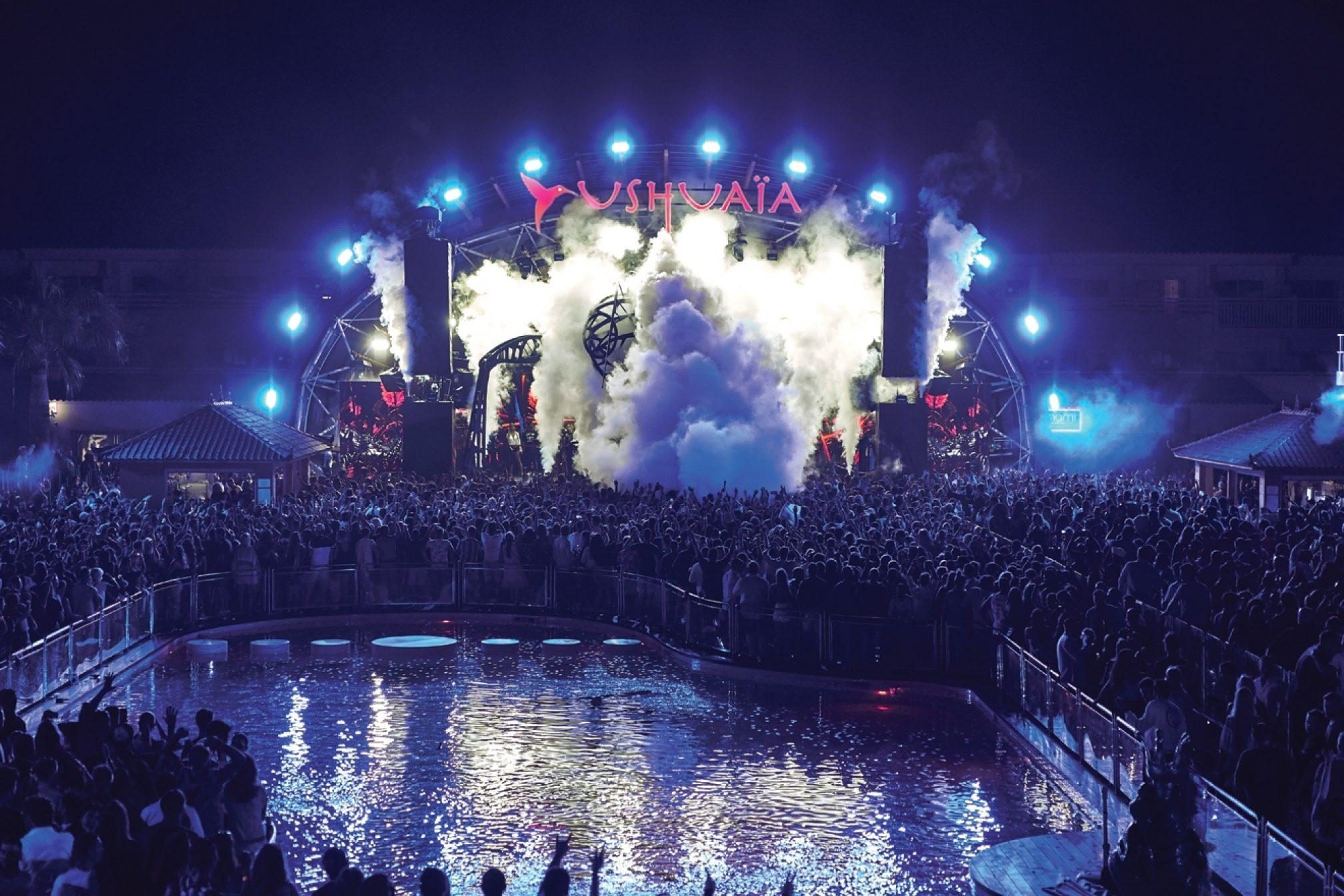 Apart from ANTS, house and techno parties have found it tricky to gain traction at this jaw-dropping outdoor mega venue. But as ANTS has proved, underground events can work. All you have to do is supersize. Cue the arrival of global techno dominator Carl Cox, who will play twice at Nic Fanciulli's new DANCE OR DIE residency. There aren't many underground DJs who can match the commercial EDM spinners in terms of pulling power. But Carl is definitely one of them. Which is why it seems logical to have the Intec boss onboard for the highly anticipated DANCE OR DIE Opening Party on June 19. Interestingly, Cox and Fanciulli are joined on the DANCE OR DIE roster by Spanish tech icon Paco Osuna. And if you've ever seen Paco perform in Spain, you'll know that the pop-star adoration he receives from his fans is equivalent to the fervour Cox creates wherever he plays. In effect, Fanciulli has signed up two of the most alluring figureheads the international house and techno scene currently has to offer. And when it comes to filling the dancefloor at such a spacious venue where the other tech-y gig is essentially concept led, it seems like a very savvy tactic.

Every Wednesday from June 19 to September 25 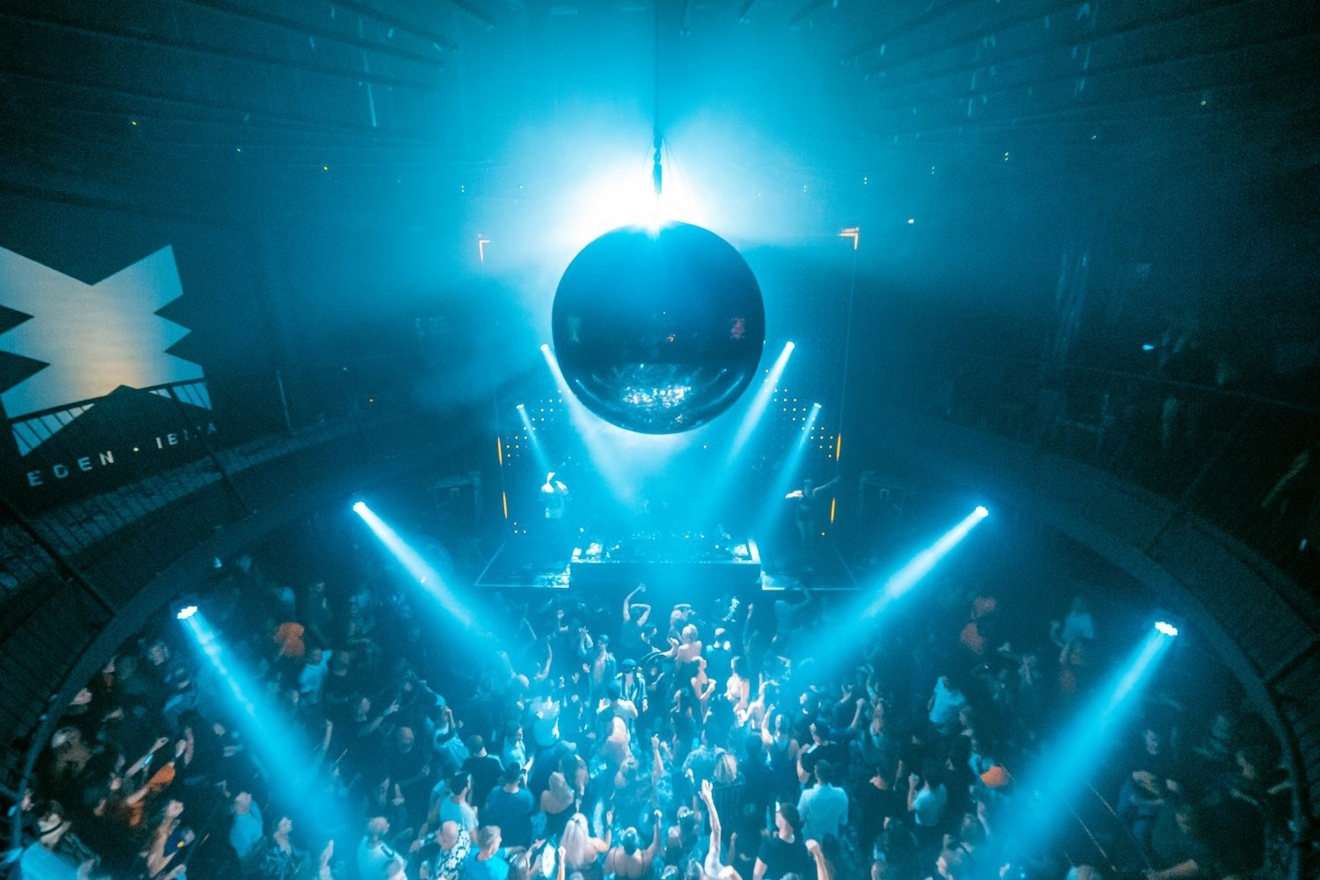 After wowing huge crowds in the Privilege Vista Club in 2018, rising trance brand Shine make the move to Eden. Led by global headliner Paul van Dyk, this year's Shine roster reads like a who's who of the trance music scene, with John O'Callaghan and Aly & Fila also performing as part of an 11-week run. But how will trance music go down in San Antonio, where the crowds tend to be younger and therefore less exposed to the historical significance of this goosebump inducing sound? We can’t be entirely sure, but San Antonio does have a stronger relationship with trance music than most people think. 70 per cent to 80 per cent of the Cream audience were based in San An and the trance room at Cream at Amnesia was filled to capacity every week for 18 straight years. And while it's never easy to determine exactly which dance brands will work where, Shine's debut summer in Ibiza proved that a demand for serious trance music still remains. Factor in the resurgence of San An and Eden's rapid reemergence as a White Isle superclub force and there's a definite sense that the stars are beginning to align for Shine and this somewhat neglected dance music genre that may have found a new long-term home.

Every Thursday from July 11 to September 19 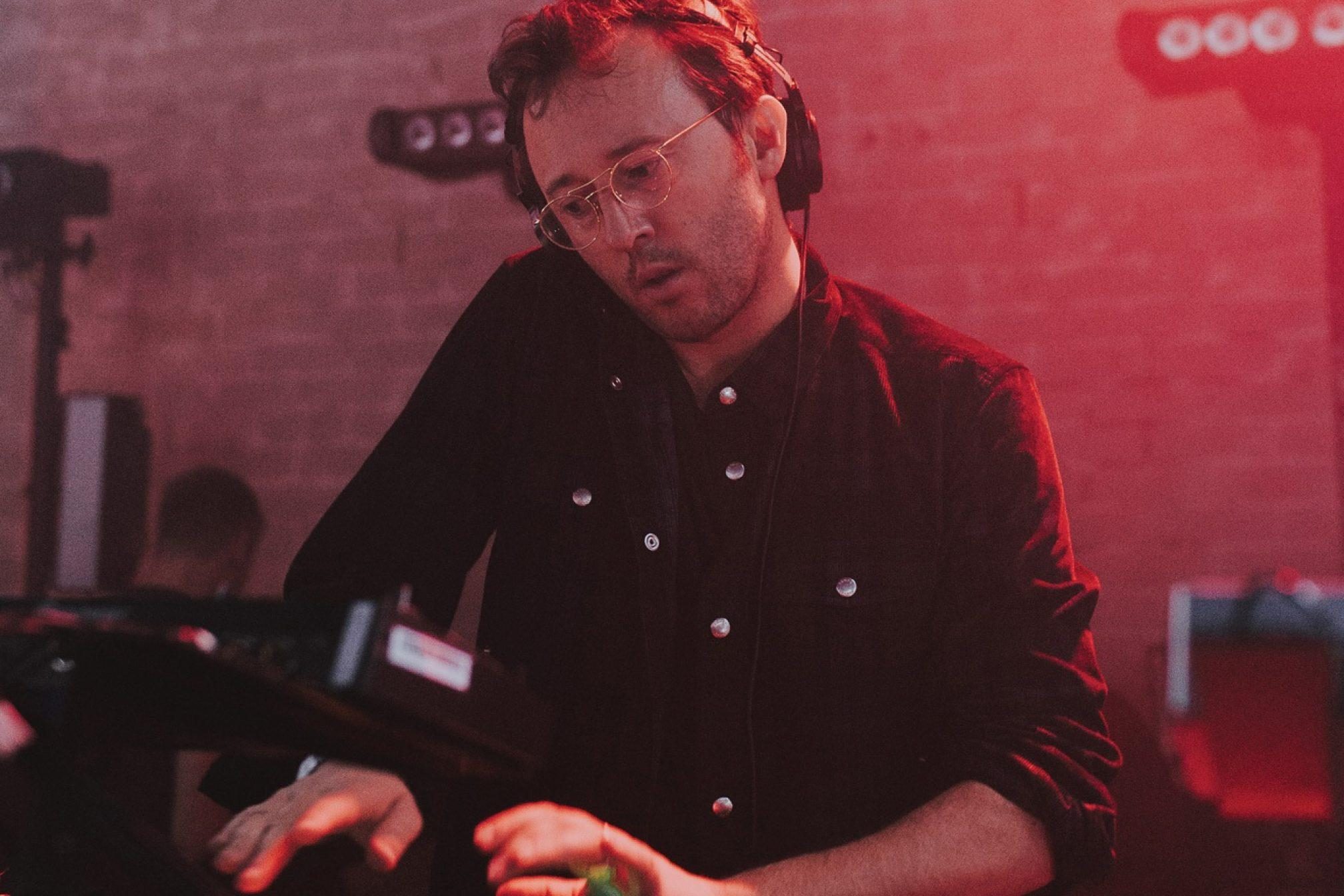 A favourite haunt of Dutch footballers, Russian supermodels and Leonardo DiCaprio, it's easy to forget that this classy day-to-night beach club has played host to numerous top level dance parties in Cala Jondal over the course of last decade. US house music ambassador Todd Terry, Radio 1's Pete Tong, Dennis Ferrer and B!CRAZY frontman Jean Claude Ades have all held residencies here. And now it's the turn of eclectic Frenchman Agoria to make his mark as an Ibiza headliner. There's no doubt Agoria's deluxe tech sound will be well received at Blue Marlin, where quality underground beats always vibe harmoniously against a high-end, seafront backdrop. Ostensibly, it's another clever acquisition by the Blue Marlin bookings team. So clever, in fact, that we can foresee this one being snapped up by one of the island's grander venues in the near future - a scenario that has happened numerous times before. The latest example being Magdalena's off-season relocation to San Jose to make use of the broader boundaries that exist at Cova Santa.

Every Friday from May 31 to September 27

Is there too much techno in Ibiza?