We’re surveying 2017 across a series of features. Here, Matthias Tanzmann and Marlow celebrate The Distillery club, which turned 25 this year

The Distillery in Leipzig is one of Germany’s most important – and long serving – night clubs. It’s been a pillar of the city’s scene for quarter of a century and boasts a colourful history of parties and activism. So popular with the Leipzig community, it's survived advances from property developers and is regarded as part of the very fabric of the city. Matthias Tanzmann has been a resident there for 20 years and below explains why it’s so special… 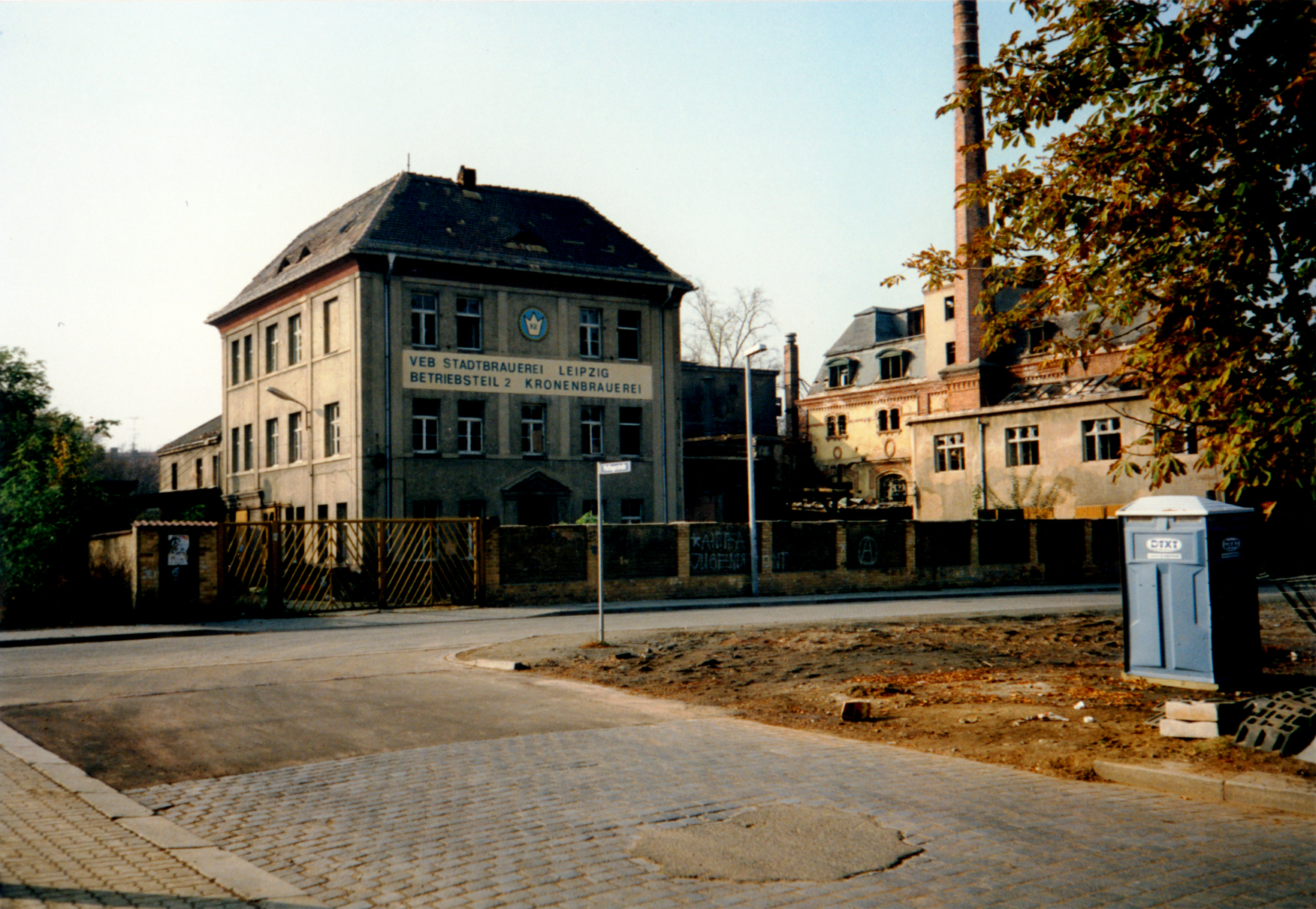 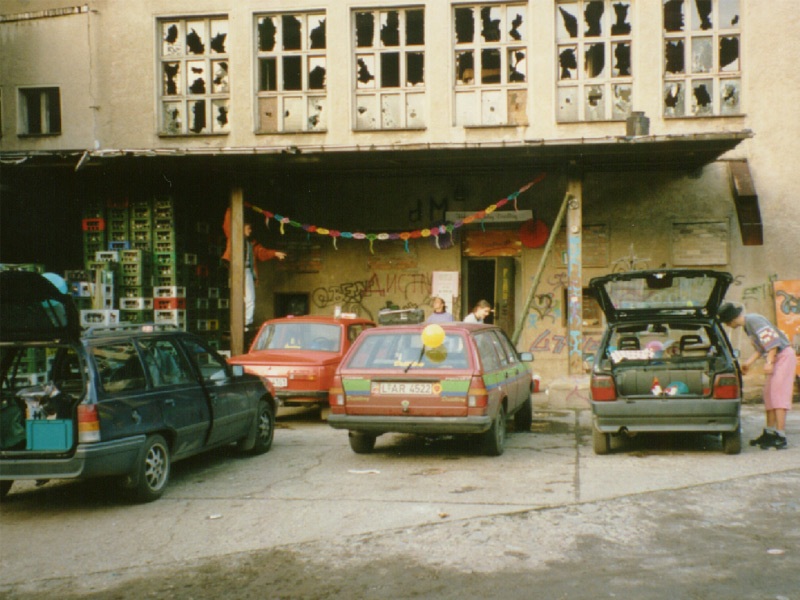 Matthias Tanzmann: I heard about The Distillery in 1995, when I was 18. There were a few clubs in Leipzig and I’d been to all of them and I eventually made it to The Distillery that year. You know when you get into clubbing? You dig deeper and deeper into the scene, moving past the places that are more obvious or easy to access, and then you get to know the clubs that are really special. It was after a while of exploring the electronic music scene in Leipzig that I started going to The Distillery.

I can still remember the very warm, welcoming atmosphere the first time I went. Most underground party places that I’d been to were really dark, industrial and stinky. The Distillery was in a formerly abandoned building but it was decorated nicely, especially in the bar upstairs, which was very much like being in a cozy environment. It was different to what I was expecting; it was like being in someone’s living room.

Of course, the atmosphere on the dancefloor was wild, it was intense. There was an interesting, avant garde mix of people because it was the middle of the 90s and the whole techno thing was very new. Back then everything was a little bit more mysterious, not like now when even my parents know what techno is! It was very interesting because I heard so many different languages on the dancefloor. Leipzig is a very international place but 20 years ago it was unusual that you’d find so many different people in a public space. 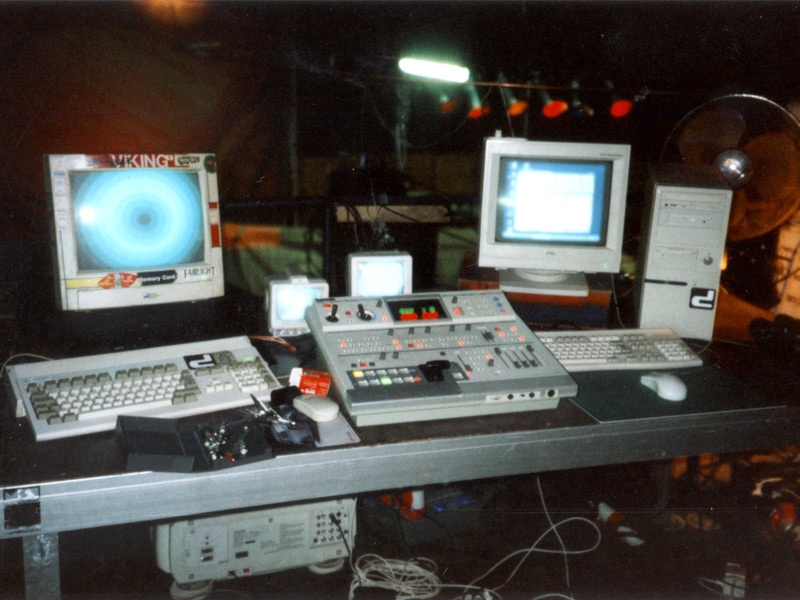 My first gig at The Distillery was in ’96, in the techno basement. Myself and a friend got booked after we played a garden party that one of The Distillery founders was at. We gave him a tape and then the club booked us for a try out. It was the only techno gig that I played there. I was finding out what music I liked and what I would play out, and I was buying techno records but then I got into deep house. So from 1997 onwards I played in the house room. I’ve now been a resident of the club for 20 years! I don’t have the same kind of relationship with other clubs, because there aren’t many that have been open for so long.

The Distillery has survived because it’s made itself into an institution. It’s kept itself open to a new, young crowd over and over again, which is essential to stay relevant in the electronic music scene because crowds change very quickly over the generations. That’s due to the quality of bookings but also the creation of a community around the club. That community has fought for the club at times when the club was going to close for political reasons or some real estate developer was about to take over the place. There were hard times for the club but it managed to get though it by getting people to demonstrate in front of Leipzig town hall, for instance. 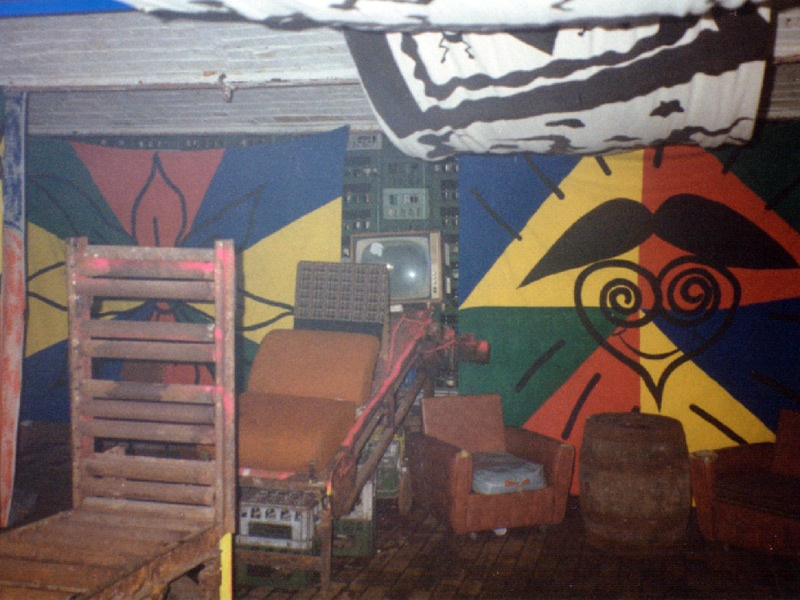 The Distillery was an abandoned building and it was something created out of nothing. It’s grown, just like the city around it has. The story of the club is like the very beautiful story of Leipzig: young people came, took over an abandoned place and created something nice, that then got famous far beyond the borders of the city. The local government promotes Leipzig as a very liberal, open minded, cultural place. The Distillery is something the city can be proud of, something precious, something that is important for Leipzig’s identity.

Two weeks ago a local tram operator from the city named one of their trams after the club. Also the bus station outside doesn’t go by the name of the street, it goes by the name of the club. There is a kindergarten a block down called Tilly, inspired by The Distillery. People in the city like the club.

The club is basically the same these days, with a housey room upstairs and a techno room downstairs. In the house room, the booth is really low and really close to the people, so its very intimate and very direct and you have a very close connection to the crowd. It’s got nothing to do with big room clubs, where you’re on a big stage with a lot of light effects. The techno room is the same, but I think you’re even closer to the DJ, because the club really isn’t that big. If you want to have fun with electronic music in Leipzig, it’s a very nice night out, guaranteed. 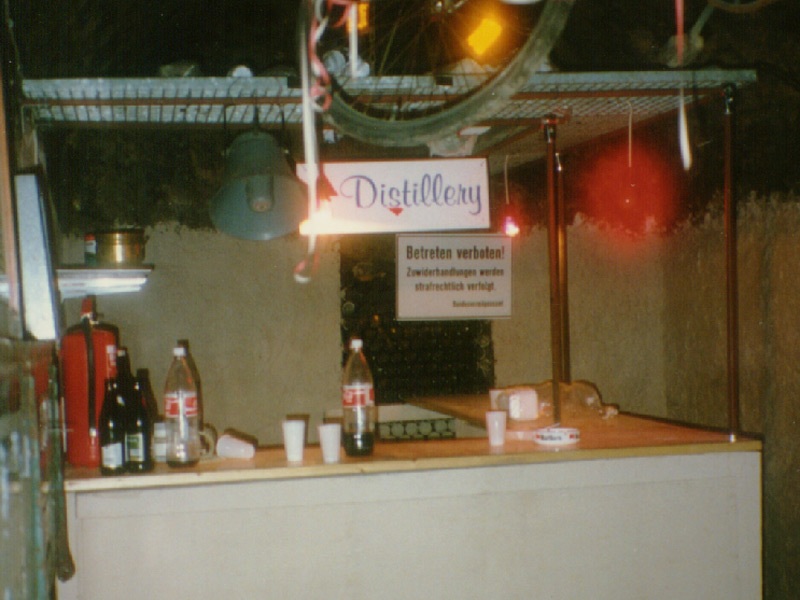 Marlow: Before I became a member of the first Distillery Crew, I was dancing at the club and one of the bass speakers broke during the party. I was doing an apprenticeship to become a radio and television technician at that time and so I just asked for some tools to check what happened. I repaired the speaker while people were still raving. This was my entry to The Distillery and the club scene in general.

In the early 90s The Distillery was an illegal club, without an electricity connection, water connection or even waste water. We had two electricity generators, one to light the club and one for the soundsystems. Sometimes, when we forgot to refill the gas, the lights sometimes turned off and the whole club got totally dark but the music was still playing. The crowd was dancing in the dark until we could restart the generator. To prevent this we used to refill the generator while they were running, which is a bit of a stupid idea!

Once, there was a party at the old Distillery site and somehow we had big problems with our power generators because of the weather. They where standing in a room in the basement and somehow the exhaust fumes didn't escape to the outside like they should have done. I got really heavy headaches and fainted. Outside I woke up and we decided to break up the party. Next day I met the doctor and he told me I got a carbon monoxide poisoning! 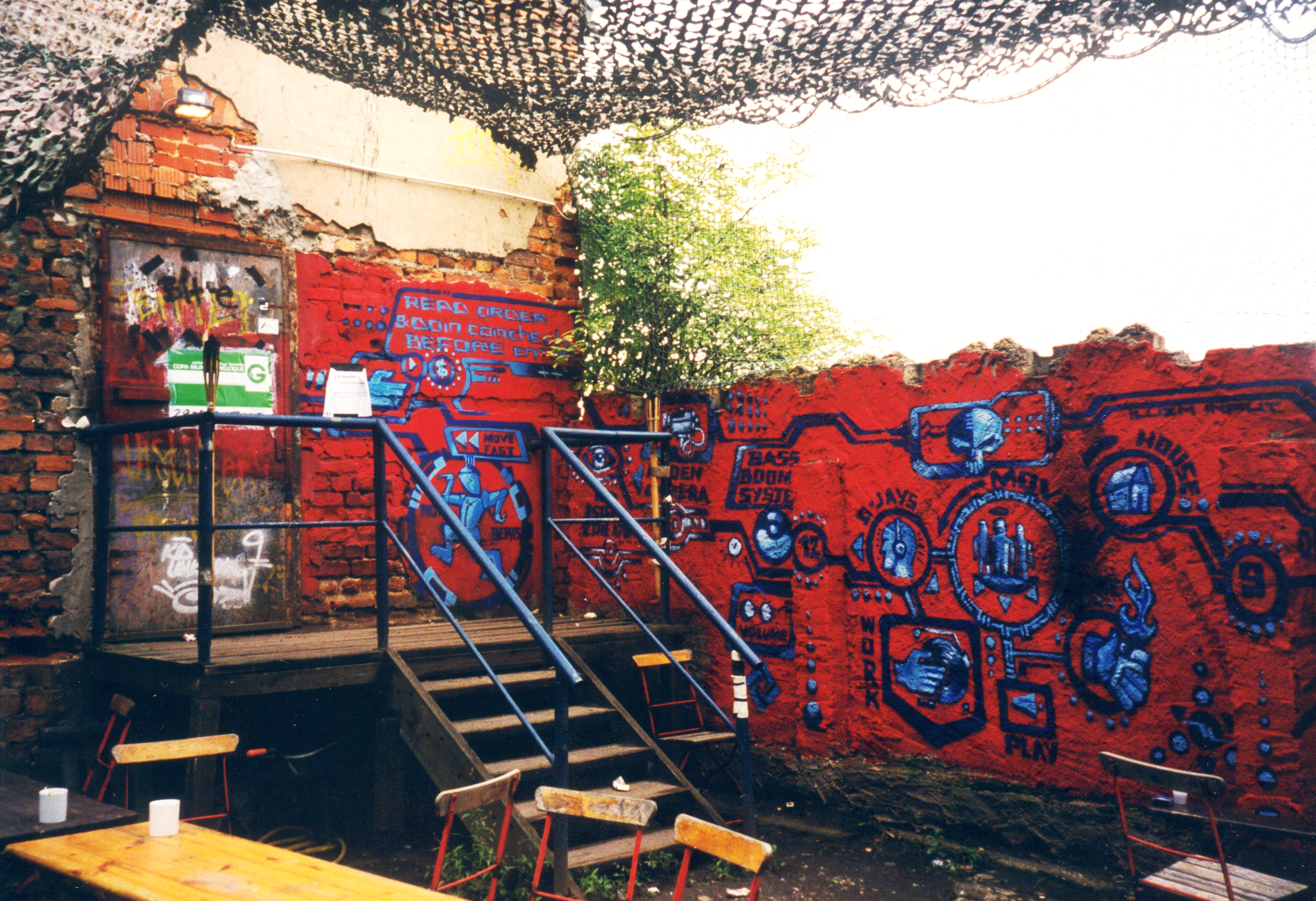 When the club moved to the current location we had our first party and on the first floor there was a bar without any sound. It got really crowded and I thought it could be a great idea to have some music there too. I prepared speakers and a CD player and just played some tunes. This was not only the beginning of the house floor at the new Distillery, but also the beginning of my residency as a house DJ.

Usually we had about 500-600 guests a night. As I played with Jeff Mills for the first time we had to close the entrance because a thousand people were in the club. You couldn't move, not even to go to the toilet or get a drink. It was the hottest and most crowded party I've ever had there. However, the evening was just really amazing.

The Distillery’s 25-year anniversary compilation is out in January