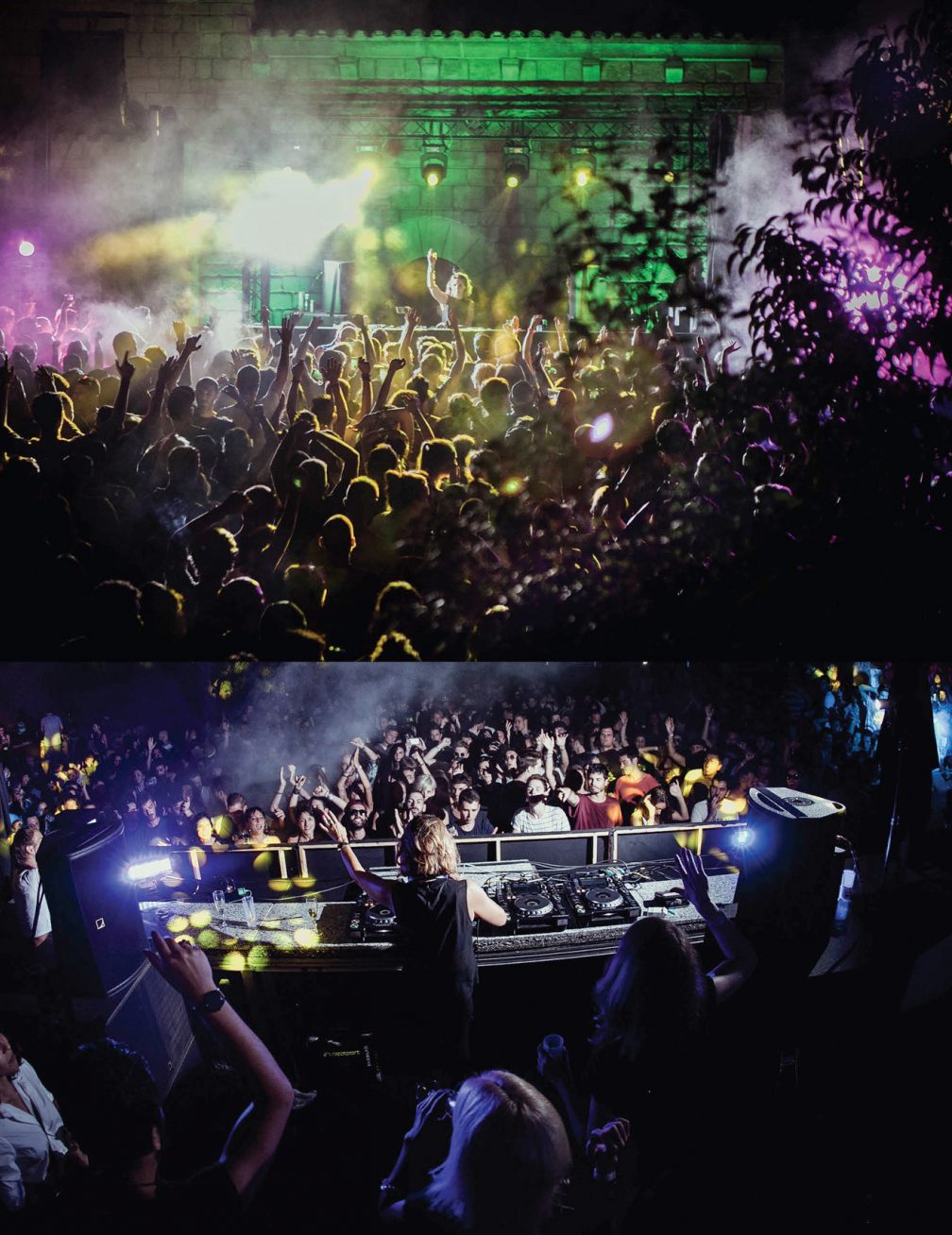 And suddenly there she is, framed by dry ice and looming monitors as the lasers bounce off the trees, defiantly slowing the tempo as if to establish that this is her groove, her party: get on board or get out of the way. Somehow the soundsystem seems warmer, louder, crisper: within a few bars of her first track even the industry scenesters, promoters and DJs have emptied from the 'backstage' bar behind the DJ booth and are dancing away.

At first she is a minimalist behind the decks, smiling with concentration like a boxer in the early rounds of a fight, feeling out their opponent's defences. But by the third or fourth tune she is dancing along with the crowd, this veteran of a thousand gigs all over the world bouncing and beaming infectiously behind the decks to Athea's 'In The Beginning'. The set is sleek and classy but also joyous, wheeling through Reset Robot's 'Lost In A Duvet', her own 'Circle Culture', the Danny Daze remix of Terranova's 'Tell Me Why' and, just when it seems she has taken the vibe to its zenith, a knockout, one-two combination of Carl Craig's remix of Theo Parrish's 'Falling Up', and, with a smile to Fitzpatrick, the Jel Ford remix of his 'For An Endless Night'. If only, think the crowd.

The next afternoon we meet again on Mobilee home turf: the rooftop of the Hotel Silken Diagonal in downtown Barcelona that the label has made famous with their parties. While Mixmag was nursing a hangover this morning, Anja was up early and off to the beach and back. With her petite frame full of energy, golden-brown bob, easy smile and friendly yet inquisitive hazel eyes, she radiates far too much youth and vitality for someone who's been involved in Berlin's dance music scene since a few years after the wall came down.