How has your personal musical journey moulded you as a designer?

My dad was in a band in the 60s playing guitar so our house was always full with the sounds of bands. Bands like The Stones, Cream, Clapton, Zeppelin, Small Faces, early Elton John and The Allman Brothers. Then when we hit the early 80s I didn't really get the music and had my dad always telling me 'It wasn't proper music' so I became a big fan of what he listened to. It wasn't really until I got a little older and started to make my own choices that I started listening to bands like INXS, Johnny Hates Jazz, Madonna and T'Pau.

Still, my dad would take me to see Eric Clapton every year. I remember going to the Royal Albert Hall to see the Journeyman concert where all of Clapton’s stage outfits were designed by Gianni Versace. I still have the tour programme with Versace's sketches printed on the centre spread. I thought that was so cool! I thought Clapton was cool and looked way better than all the 80s bands in make-up and huge shoulder pads. In hindsight, I suppose this was the first time I realised that the clothes do make a man.

The next part of my journey was going to my first rave. This was the first time I really felt part of that tribal gathering. For me it wasn't so much about looking cool, but about being part of something, knowing that if I caught sight of someone in a Mash top at school or on the train, knowing that they were into the same thing as me, even. It was a tribal feeling.

Then as house music progressed so did my style. But it was still determined by where we went and what we did. When the Stone Roses exploded we started to really notice a change. You were either into house music, or the newly developing indie scene, with the breakthrough of bands like The Stone Roses, Blur, The Charlatans and Northside – out went the shoulder-length long hair in favour of the floppy, mop-top, long fringe hair. Flares replaced baggy jeans. Knitted vintage polos replaced baggy hoodies. 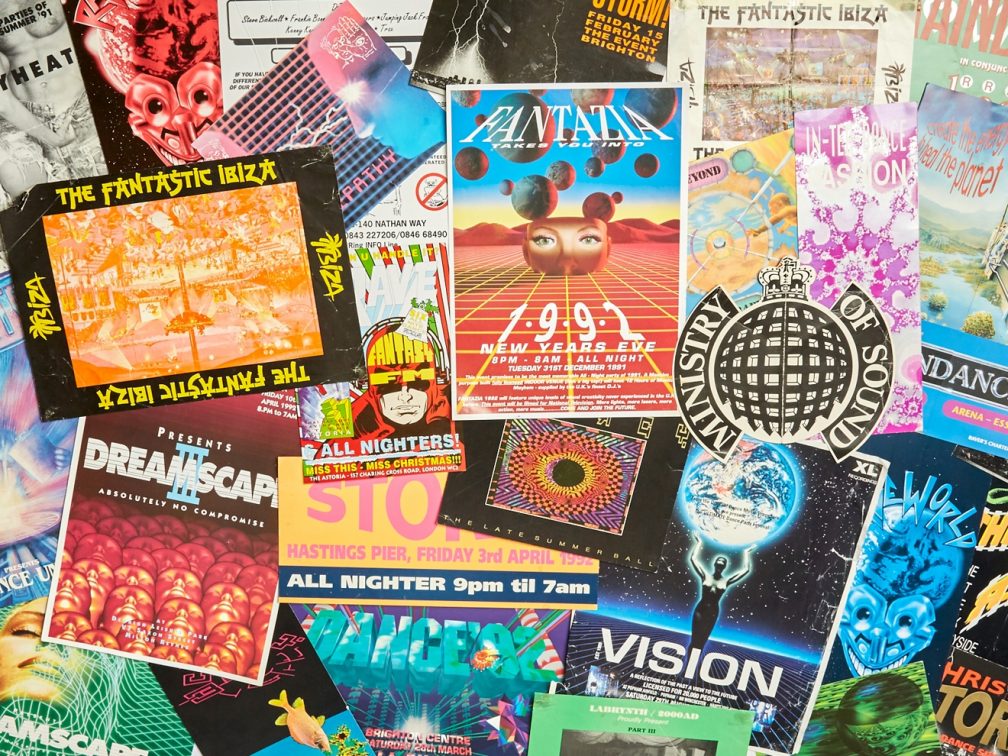 When did you first become aware of dance music and how did it start to influence you?

It must have been 1988. I was 12 years old, a friend's brother who was in with the older cool kids was talking about going to Ibiza for a holiday. I mean, a group of 17-year-old kids all going on their first holiday together to a place called Ibiza blew our tiny minds!

We spoke to him when he got back and he told us of this hedonistic island where people were up all night dancing to this progressive beat music. Obviously we had no idea what it was like, but the very thought of it just got me hooked on an idea that this was what everyone did when they were an adult!

Remember, this was a time of no social media, no mobile phones, where the only exposure to music was Radio 1, hearing the Sunday Top 40 and going to Woolworths or Our Price with your mum to buy your favourite song on cassette so you could wear out the tape on your walkman walking to school.

I remember watching Top Of The Pops that year and hearing this sound coming out of the TV that took me back to my friend’s brother explaining those progressive beats. That tune I was witnessing was ‘Stakker Humanoid’. From there I was hooked and it was straight to Our Price to buy the single on cassette.

Did music influence how you dressed?

A few years later while I was still at school, a group of my friends were taking direct influence from the older kids. We were told about a pirate radio station called Fantasy FM on 98.6FM and we were all at home that night trying to pick up the waves so our bedrooms could be filled by the beats, pops and clicks of this new sound. They were broken up by a DJ telling us about these new records, where you could buy them and the details for raves that were happening up and down the country.

We were listening to Nicky Blackmarket going on about a record shop called Black Market records in Soho and that weekend we were there. We walked in to see records everywhere and a set of 1210s playing all the tunes we had heard on the radio through the week. On the window-ledge there were all these rave flyers with these amazing artworks so we took a handful, got home and started planning our first rave.

I think I was 15 when I went to my first rave at The Astoria in London. I think I went for about two hours as I had to be home by midnight! I'll never forget it: long hair, a pair of cream Wallabees, a pair of Levis 501s and a fresh-out-of-the-packet Black Market records T-shirt, I thought I was the bollocks! 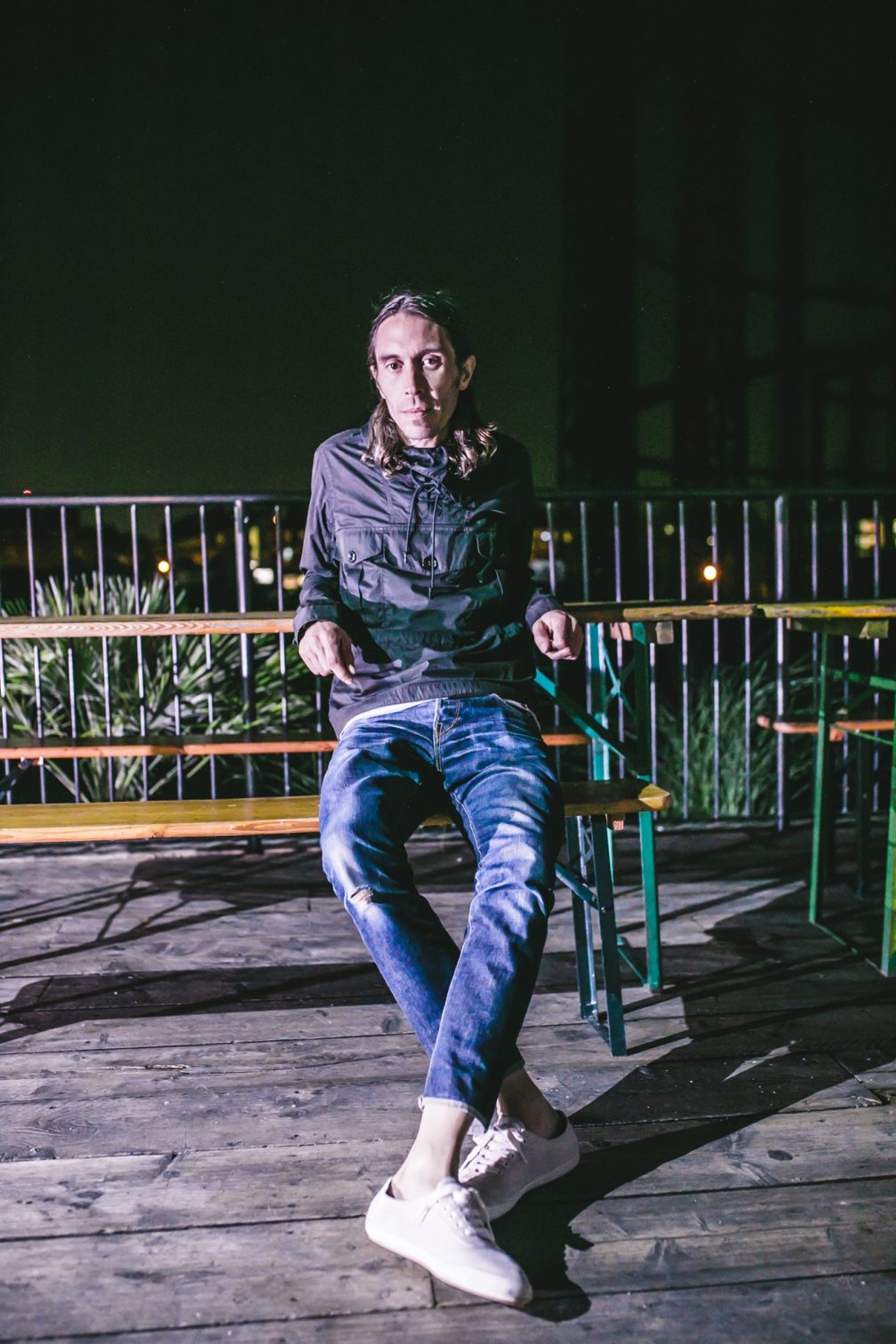 What is it about that type of music that influenced how people dressed back then, any specific labels that stand out?

People needed to be comfortable to dance. The clubs were really hot and sweaty and let’s be honest, everyone was under the influence of ecstasy, so it was all baggy. Baggy T-shirts. Baggy jeans and sneakers. The labels I can remember from around then were all sportswear. Adidas, Ellesse, Fila and Champion. We used to wear either Levis jeans or a brand called Fuel Jeans that you could only get from one store in Tooting Broadway, and T-shirts by Ton Sur Ton or Chipie, but the piéce de résistance was a store on Oxford Street called Mash. Once we found out about that, it was Mash hoodies, Mash tracksuit bottoms, whatever they produced, we bought it!

Any raves/parties that stand out?

My first rave at the Astoria will always be one I remember, but as we got older and in to the middle of the 90s, it had to be The Gardening Club in Covent Garden for Club For Life. The best nights out I ever had! We were older now and had disposable cash, so the threads changed, the baggy went into a slicker look. Patrick Cox Wannabe loafers, Paul Smith jeans and John Richmond Destroy T-shirts.

Why do you think music is so important in the evolution of fashion?

Everyone secretly wants to be a rock ‘n’ roll star. Everyone wants that adulation, to walk on stage and hear the masses singing back at you, or dancing to the tune you have just dropped, whatever genre you’re into. But – and it’s a big but – it all means nothing if you don't look cool.

Musicians are the original influencers and always will be. It's not only about the music, it's about the whole package, and no matter how cool the haircut, how much attitude, how good the tunes, you can't do it naked.