I find your musical background story - getting deep into dance music like hard trance in a tiny village in South West England from the age of six with no peers with the same interests - fascinating. It’s so unusual. What was it about dance music that you connected so strongly with back then, and how similar are your feelings now?

I'm not quite sure what got my attention initially; I just found it quite an exciting thing. I think it's the energy and strangeness to a lot of it. It was quite obvious to my parents that I was into music, so they encouraged me with piano lessons. They ended up buying me a keyboard and I was a lot more interested in making my own stuff than I was in trying to play other peoples' music in the end. I can't quite figure out why that was the case, but something about it I found exciting and quite alien. It felt like something I could tap into as well. Even though I was super young I was still trying to make tracks.

You placed importance on the defined concept of an album in 2012 when you were quite cagey about using the term for your 8-track “double-EP” ‘Release’. How does ‘In Drum Play’ differ? What made you decide it was time to make an album?

When it came to 'Release' I wasn't really sure where to place myself and my productions. A lot of what I was making was quite disparate. I did want to present it together, but I sort of chickened out of calling it an album because it didn't really feel like an album to me. Whereas now I feel a lot more comfortable in what I'm trying to do in an area that I want to work in. Back in 2012 everything was very much coming out of the whole post-dubstep scene and people were trying to work out what they were doing, and I think you can hear that on that record. I still really am proud of it, I think it's a good record, but it's very much on its own little island. With 'In Drum Play' I think I can say that I've made something that feels a bit more connected to techno, and is a bit more what I'm about in 2016.

I think ‘In Drum Play’ gives a good 360 view of Pangaea. There’s the dubstep bassweight of ‘Bulb In Zinc’, and pumping, staccato rhythms with tracks like ‘Rotor Soap’, but also forays into ambience with ‘Scaled Wing’ and treading new ground with ‘Send It In’, the slowest track you’ve ever made. Did you see the album as an opportunity to flex the full scope of your artistry?

I definitely think so. It allowed me to do whatever I want within the space of 10 tracks. I think it's important to be able to have clubby stuff on there but also play around with ideas still, that's what I've always been about really. Not just sticking to one set formula and just doing what I do. I'm not going to shy away from any sort of bass music past and I'm not going to pretend that I'm making very straight-down-the-line techno, but it will probably always end up a bit off-kilter, and that's all good I think. 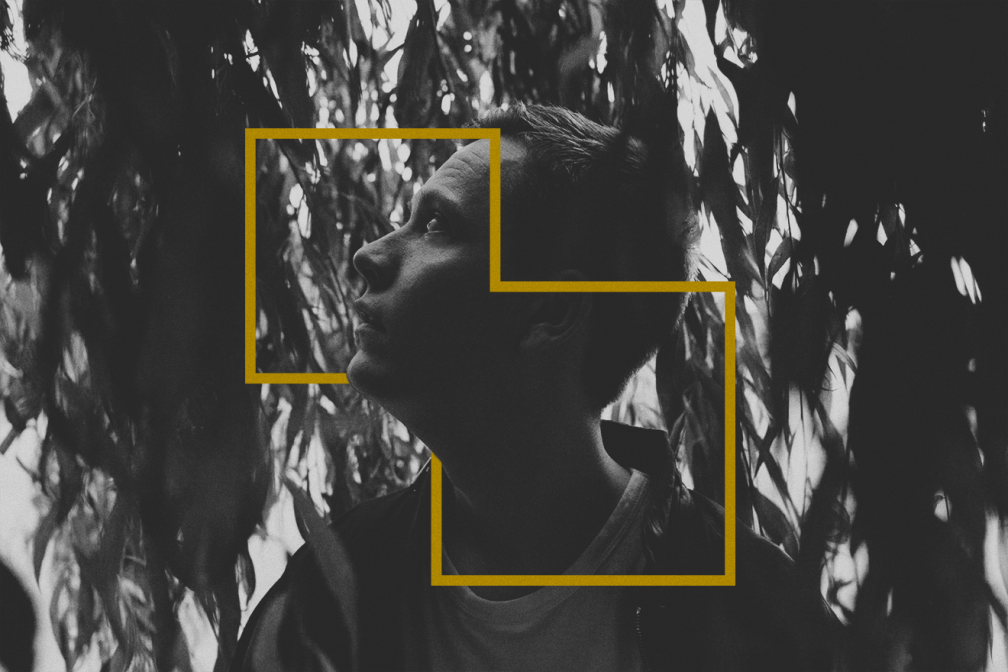 You frequently use vocal samples which is quite unusual for techno. What quality do you think this brings to your tracks?

I've always been drawn to things that make [my music] sound a bit more human. Obviously you program dance music at a computer, but with certain tracks, even if it's electronic music, you can feel a human element. They may not just contain vocal samples, but it might just be the timing of tracks or how they swing or how they're mixed.

I've always quite enjoyed using vocals; even the first track that I ever wrote and never released had a big vocal sample in it, so I just carried on with that approach really.

I was pointed towards Ben UFO describing ‘Skips Desk’ as a “techno ‘Wearing My Rolex’” on Twitter which I love. And I’ve seen multiple people describe its headfuck impact in a club; it’s a really jarring track, in a good way. What inspired it?

When I made it I thought, it's the feeling that I've got being in a disorientated state on a dancefloor. I didn't set out to make that, it just sort of came about, then you play around with ideas and you think, that's quite cool. It's definitely quite a disorientating track.

As a contributor to the FABRICLIVE mix series and former holder of a club residency at fabric, you’re well placed to comment on its recent forced closure. How much of a loss to UK nightlife does it represent and do you think it sets a dangerous precedent to the UK scene?

It's a huge decision [to close the club], and an incredibly backward one as well. It signifies where a lot of this country seems to be headed. I feel completely gutted for everyone at fabric, and the people who have lost their jobs. You look at Berlin and places like Berghain being awarded culturally important status, as art basically, and then at London where 50 per cent of the clubs have been lost in ten years, it's not a good thing at all. I remember being in Berghain once and coming away thinking: that is actually art, this is actual living artwork. Then you've got clubs in the UK being shut down for the purposes of money; councils having to bring in money and scrubbing away anything that might be potentially undesirable to somebody who is going to shell out a million pounds or more for a flat. It's fucking awful really.