There’s something very special about Chicago. It doesn’t feel like any of the other major US cities that's for sure. It’s not as intense and busy as New York and it’s not as a sparse as Los Angeles. It’s a self-contained hub where culture, art and perhaps most importantly music, thrives. Not just any type of music though, not even just any type of dance music either, house music is Chicago and Chicago is house music.

What started in the mid-late 1980’s in Chicago changed electronic music forever and house music remains one of the most popular genres in the world. Fans of the sound have the Windy City to thank for that and the artists that pioneered a movement are still keeping it real to this day.

Read this next: Listen to a '100% Chicago house' mix from Ariel Zetina

Chicago’s oldest and most revered record store, Gramaphone Records, hit a milestone in November last year, a milestone that precedes the birth of house and goes back even further. 50 years ago, the institution opened its doors for the first time and became its own eco-system, providing the city with music, music that would go on to travel the world and most importantly, it's music that started its life in the city.

The record store, now owned by Michael Serafini, teamed up with Red Bull Music Festival Chicago to host a 50th birthday party like no other. Taking place at the legendary Smartbar, another essential establishment in the city, the line-up for the party was, as expected, a who’s who of house music royalty. The sort of acts that only Chicago could command, all joining together for an evening of non-stop happiness and house music heat. 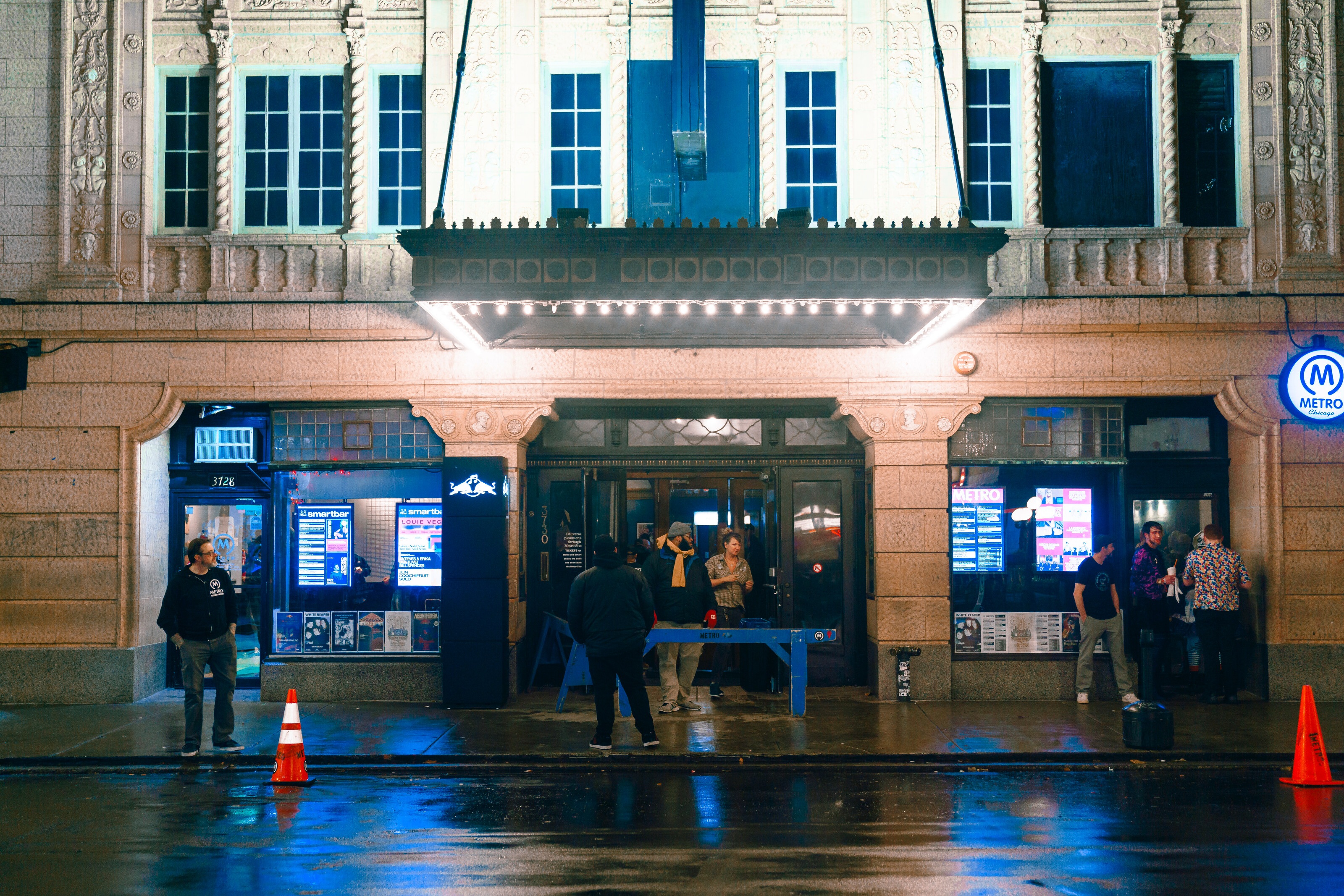 We’re talking Ron Trent, Steve ‘Silk Hurley’, DJ Collette, DJ Heather, Derrick Carter, Mark Farina, Garrett David, Sold, the list goes on and so did the party. As we arrive at Smartbar on a bitterly cold evening, it’s filling up from early on. By about 10pm there was already a mass of party-goers congregating in the lobby of the venue.

Read this next: Take a look inside house legend Ron Trent's studio

The all-out bonanza took place across two conjoined venues, Metro and Smartbar. Metro being the grand upstairs area with towering balconies and high ceilings, accompanied by a stage for dancers to breathe and we mean really breathe. Downstairs, Smartbar acts as the mischievous counterpart with riotous basement love-ins happening beneath the strobes and flashing lights. 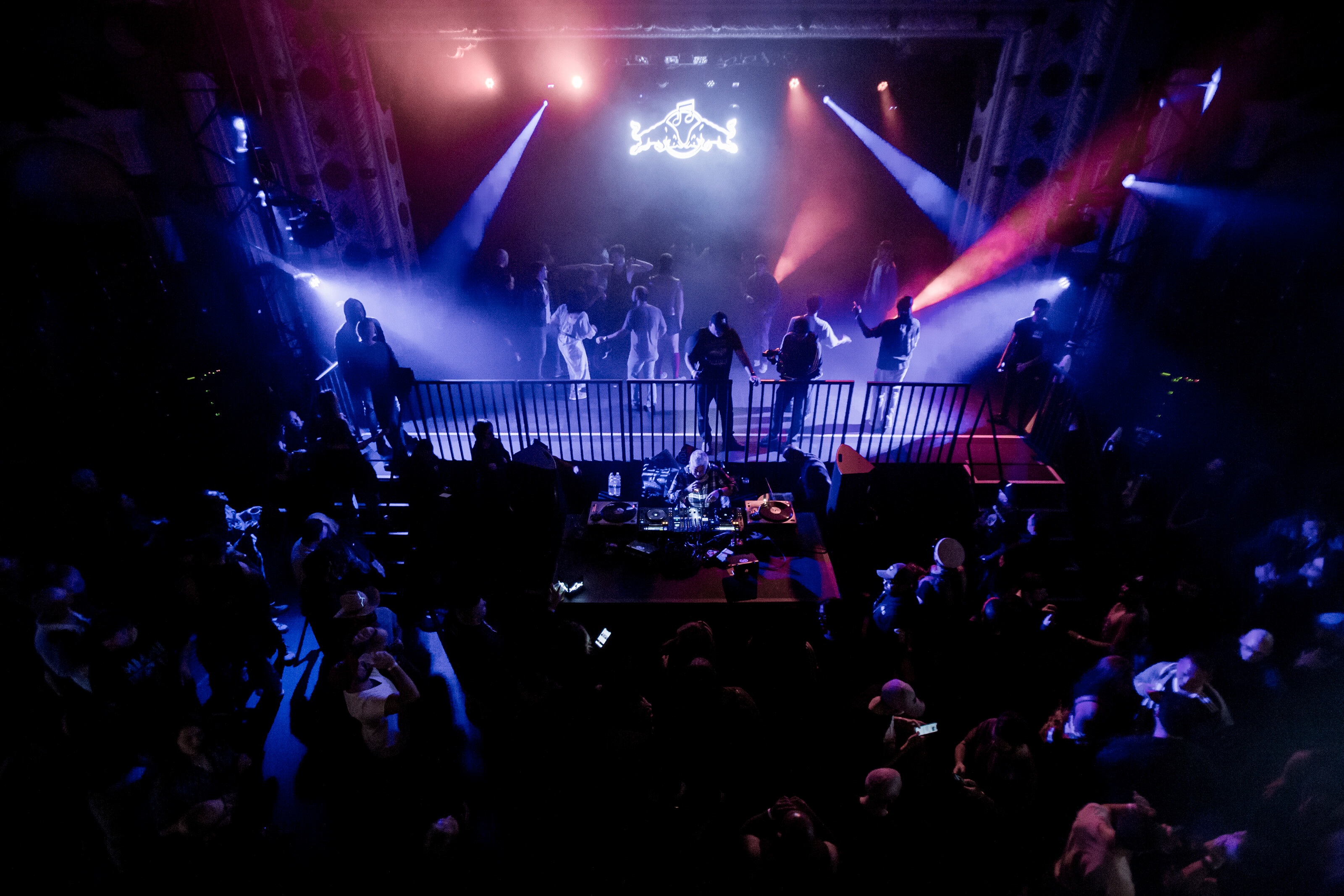 With a line-up so big and with so many heavy-hitters, clashes were an inevitable part of the evening, which essentially meant a lot of running up and down stairs, a challenge more that worth it for the talent on show. We started things properly in Metro with the man, the legend, Steve ‘Silk’ Hurley, one of Chicago house’s founding fathers.

It seemed apt then that the crowd for Hurley’s set was predominantly older as a group of house heads formed along the front of the booth, singing every word with a passion and gusto not usually visible at a party these days. He rolled through house classics, most notably his 12” mix of ‘He Loves Me 2’, the track he made with CeCe Peniston and as the line of veterans sang along to it, the stage behind him was filled with club kids, b boy dancers and a beautifully flamboyant array of drag-queens draped head to toe in dazzling, technicolour dresses.

The LGBTQ+ presence at the party was evident as Sunday’s at Smartbar means Queen! The party is a long-running institution that acts not only a safe-space for freedom and inclusion but for also for expression and a result, it is one of the most striking parties we’ve been to, both in style and substance.

We ventured down to Smartbar to see Queen! resident Garrett David in full flow. He played a lot more rolling than Steve upstairs, opting for the chuggier side of house. He still kept it on the nicer, more uplifting side of that which seemed to be par for the course across the night. After his performance, it was time for a special guest set and as any weathered raver knows, there’s always an element of childhood excitement when that happens.

Mark Farina is a man of many talents. Whether he’s playing groove-soaked house or acid jazz, the Chicago icon always gets it right. His wildly-popular Mushroom Jazz series is perhaps the best musical CV out there, showcasing his dazzlingly-good style and brilliant record collection. Farina's surprise set served as one of our favourites of the night, bringing up the tempo after Garrett David but of course, keeping it oh-so Chicago. 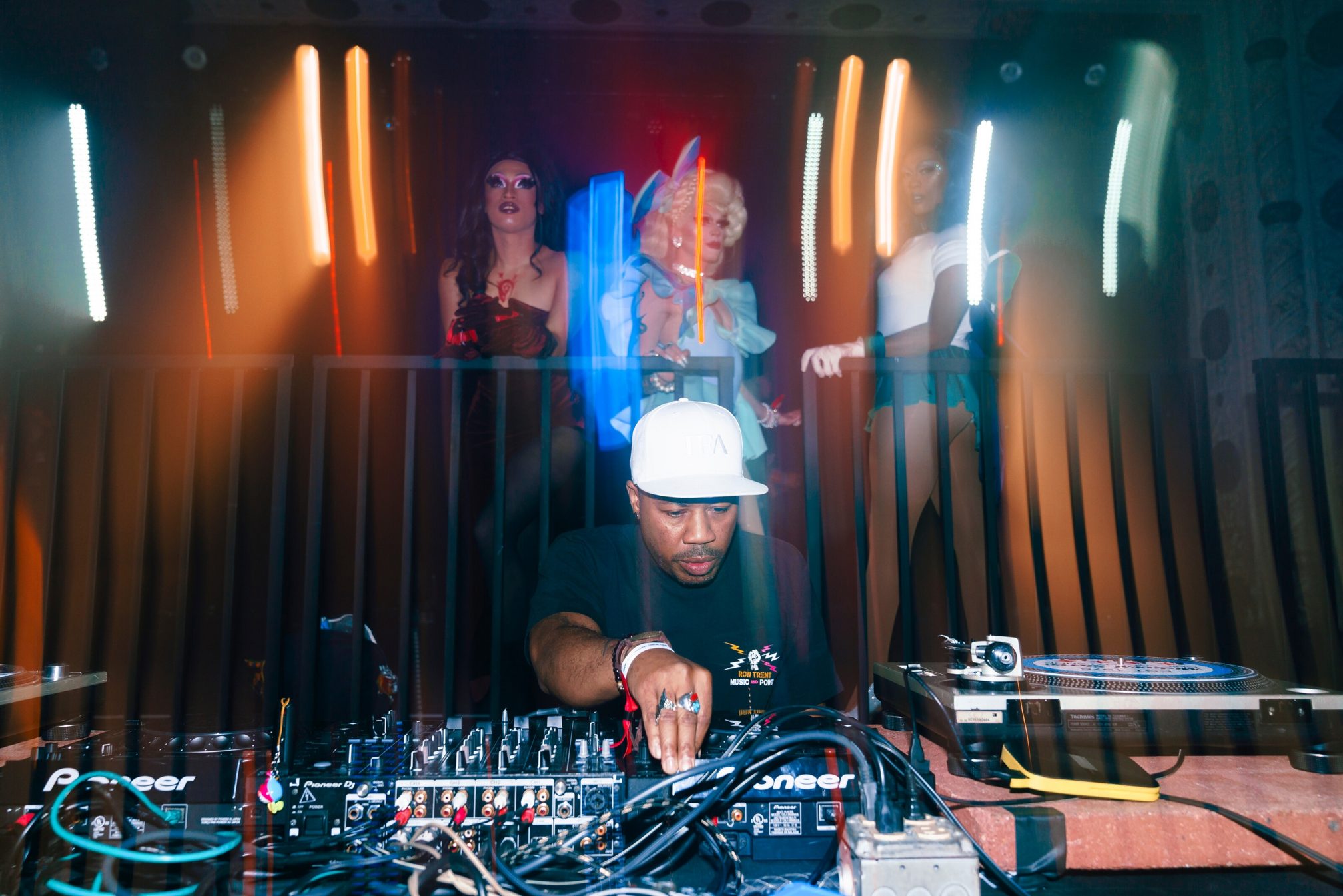 In order to get the best sense of what Gramaphone’s birthday was all about, we’d need to room-hop more than we’d initially realized and next on the list was Ron Trent, it just had to be. A Chicago pioneer with at least 20 aliases and a countless amount of collaborative projects, the Peacefrog and Prescription Records boss rarely misses and watching Trent power through classics in Metro was, to put it simply, a joyous excursion.

Cuts like ‘Body Tonic’ by Demarkus Lewis, ‘Michael’s Prayer’ by Michael Watford and ‘It’s The Music (Bassmental)’ by none other than the King, Kerri Chandler, channeled the Chi-town sound through percussion, soul and melody and as a result, the set transcended normal Trent levels, this was a birthday special.

Another notable performance came from the formidable pairing of DJ Heather and Colette, with the latter beginning her residency at Smartbar back in 1998. The pair have been collaborating together for over 20 years and the way they blend together is a sight to behold, it's as fluid as water. Enter another holy offering of house, this set typified the bond that Chicago has helped them form and you can't help but feel like these two were just born to play together.

After a stand-out techno set from Karl Meier, there was only one way to properly finish off proceedings and Derrick Carter was the pick of the bunch. Easily one of the first names that come to mind when you think Chicago, Carter’s Queen! sets, as a party resident, are the stuff of legend. His closing session did exactly what we knew it would; deliver high-levels of love, energy and warmth straight to one of the world’s most beloved dancefloors.

There were of course several blockbuster moments within his set. For instance, dropping ‘Bug A Boo’ by Destiny’s Child is usually enough to raise an eyebrow or two but Maurice’s Xclusive Bug A Boo Club Mix was an injection of piano house coupled with those distinctive, power vocals. ‘Samba’ by House of Gypsies fulfilled the house quota and ‘Say Say Say’ by Paul McCartney and Michael Jackson, well, that pretty much won the coveted ‘banger of the night’ accolade.

The biggest takeaway from the night was that it was more than just a night. It wasn’t your run-of-the-mill event at a club, it was the definition of a ‘proper party'. Queen! has long been established as one of the most-beloved parties in the USA but this one felt like going to your best friend’s birthday party. Everyone embracing on the dancefloor, random people next to you shooting over smiles and high-fives and there was dancing, oh so much dancing.

Those factors are testament, not only to the love people have for Queen!, Gramaphone Records and Smartbar, but for the city that birthed them all. Chicago isn’t like many other cities and parties like this are one of the reasons it so goddamn fucking special.

Happy birthday Gramaphone, see you at the 60th. 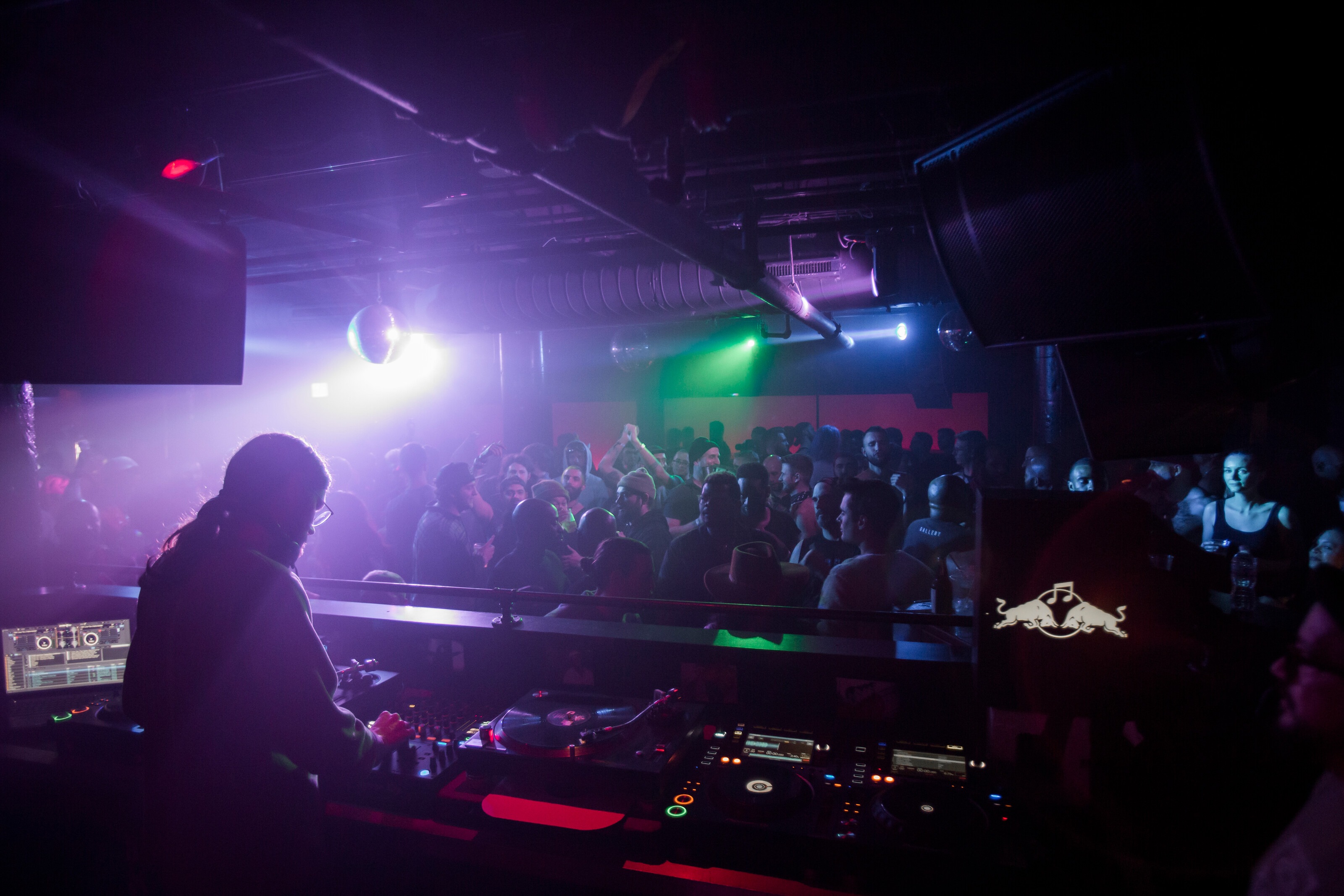