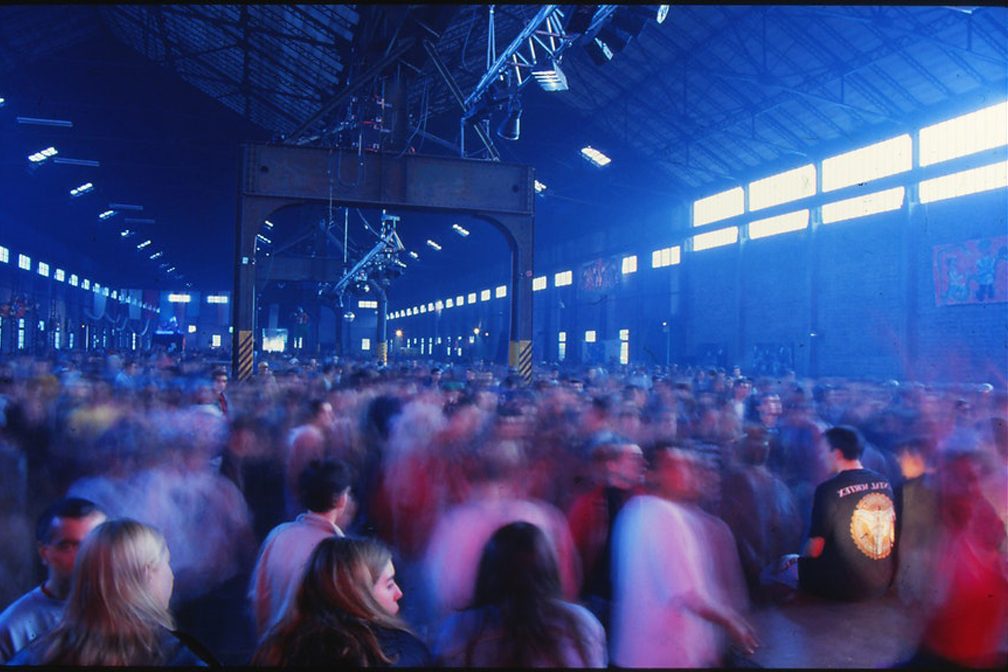 A vast industrial setting packed to the rafters in France, 1992 [Credit: P'tit Fred] 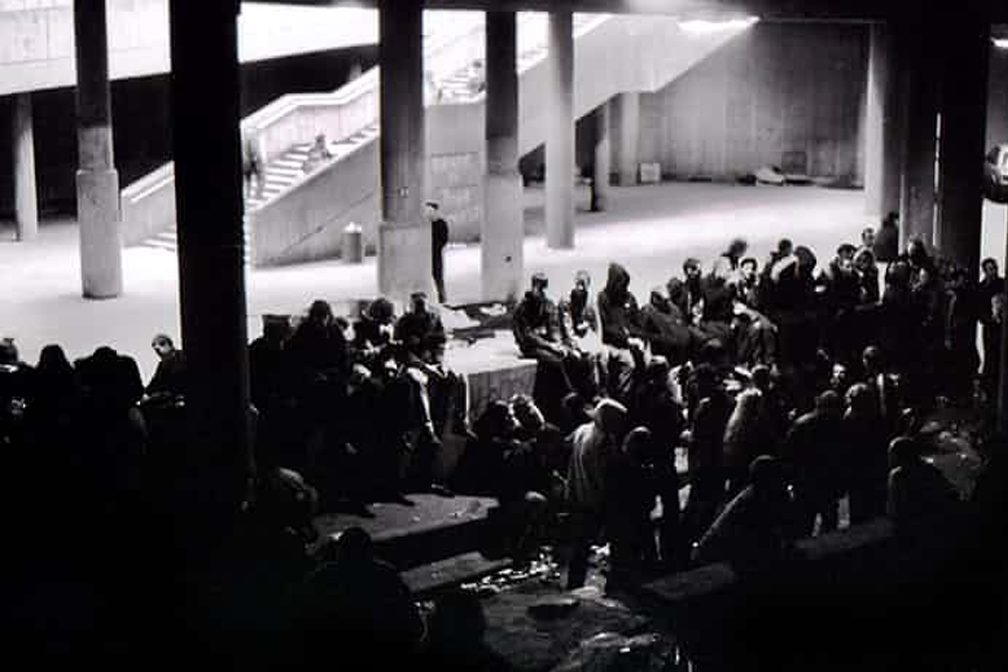 Cardboard city, a community of homeless people below London's Waterloo station, threw a final party before being turfed out by developers who turned the area into an IMAX Cinema [Credit: Molly Macindoe] 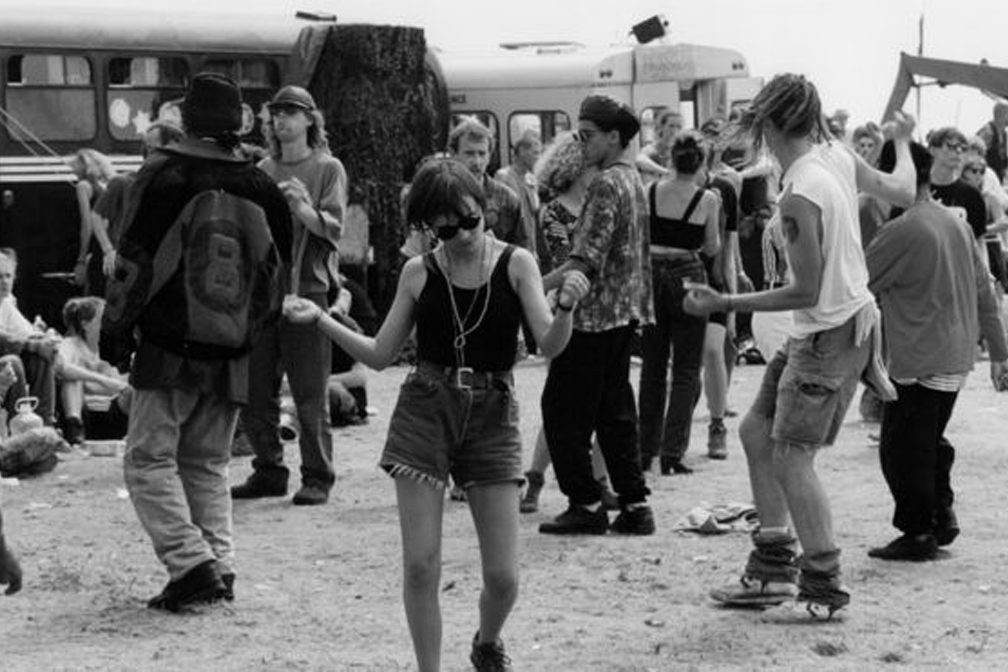 Castlemorton Common is the rave that changed the law. 20,000 rocked up to party in the West Country hills after an answer machine invite spiralled out of control. A £4 million trial and government crackdown, including the passing of the Criminal Justice and Public Order Act, followed.