It’s late afternoon at the Renaissance Hotel in Aruba and the sun is beating down on a small crowd of foreigners gathered at the diamond shaped pool wearing nothing but bathing suites. Situated on the terrace overlooking the aqua-tinted ocean, surrounded by giant palm trees, a young female DJ is playing a luscious blend of steady paced house and disco. Mixmag is there to scope the scene, observing the early arrivals basking in the heat. Suddenly the DJ plays a familiar track, ‘Addict For Your Love’ by Death On The Balcony, and we’re compelled to spark up a conversation with her.

Here we meet Joa Salas, a local DJ who is due to perform at Love Festival later in the week. She’s with another local DJ, Kenny Kelly, and they tell us about the Aruban dance music scene. “You have to come out with us later tonight,” they declare as Joa finishes her pool party set. “We’re playing back-to-back at Heart nightclub and it’s going to be a proper party.” 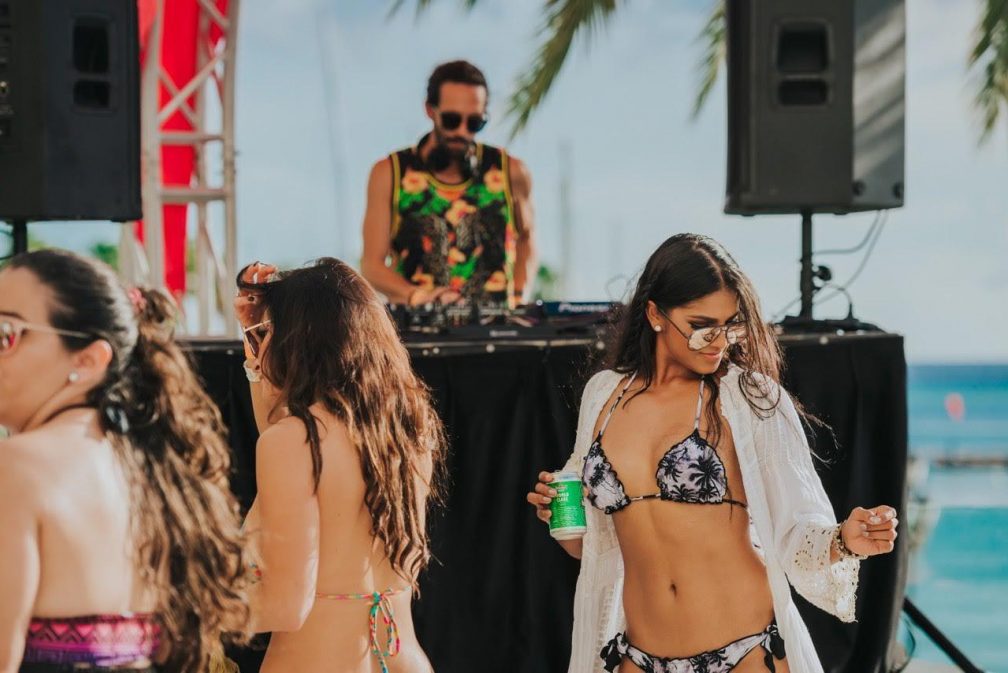 Later that night we get to experience Heart Music Bar, the nightclub which supplies Aruba with house and techno every night of the week. It turns out this intimate space located on the outskirts of the capital of Oranjestad, with colorful street art covering the entire outside and inside of the venue, is owned by Omar, who is also the man behind Love Festival. “We’re trying to build something here that’s not just for foreigners visiting the island, but for the locals to get exposed to and enjoy dance music,” he tells me as we discuss the upcoming festival. In the days that followed we would come to understand that Aruba is an obvious destination for tourists, but there is also a thriving dance music community filled with passionate individuals we never thought imaginable.

Since its inception in 2014, Love Festival has grown from a small gathering on a distance beach into an intimate and immersive music festival with five stages and over 40 DJs. This year's session featured international artists including Carlo Lio, Dennis Ferrer, Bontan, Roger Sanchez, Stefano Noferini and Technasia alongside a cast of talented locals like Mesquitas, Woods, Tech, Mike Willer, Oscar Booy and more. Simply put, it’s house and techno in paradise, a dreamy island oasis.

After seeing what Love Festival had to offer, Mixmag compiled 10 tracks paired with 10 experiences that made this year’s edition a five day party...