The BPM Festival is a legendary collection of parties on the gorgeous coast of Playa Del Carmen, Mexico. But beyond drinks aplenty and breathtaking views, BPM makes history year after year for its parties of epic proportions, solidifying its status in the festival realm as a top contender like no other. Attendees flooded in from over 72 different countries to fully submerge themselves in ten days of totally hedonistic techno and underground marathons from global, cream of the crop talents.

Through sunshine and even rain, the party marched onwards from dusk 'til dawn. Halfway through the nine week run, Mixmag reminisced on some of the top highlights from BPM's opening weekend, but with the conclusion of the festival, it's time to recount the best of the best. For nine days, Mixmag traversed the beaches and venues of Playa Del Carmen to capture the top moments from BPM 2016.

1 YA'AH MUUL opens with a jungle party like never before

Self-described as a "festival within a festival", the anticipated YA'AH MUUL party threw down and held its ground as a must-hit amongst the busy BPM circuit after its debut in a new Jungle location. In addition, Paul Kalbrenner made his BPM debut at YA'AH MUUL and was joined by worthy company, including Mixmag cover stars Tale Of Us, Luciano, Guy Gerber, Apollonia and many more. 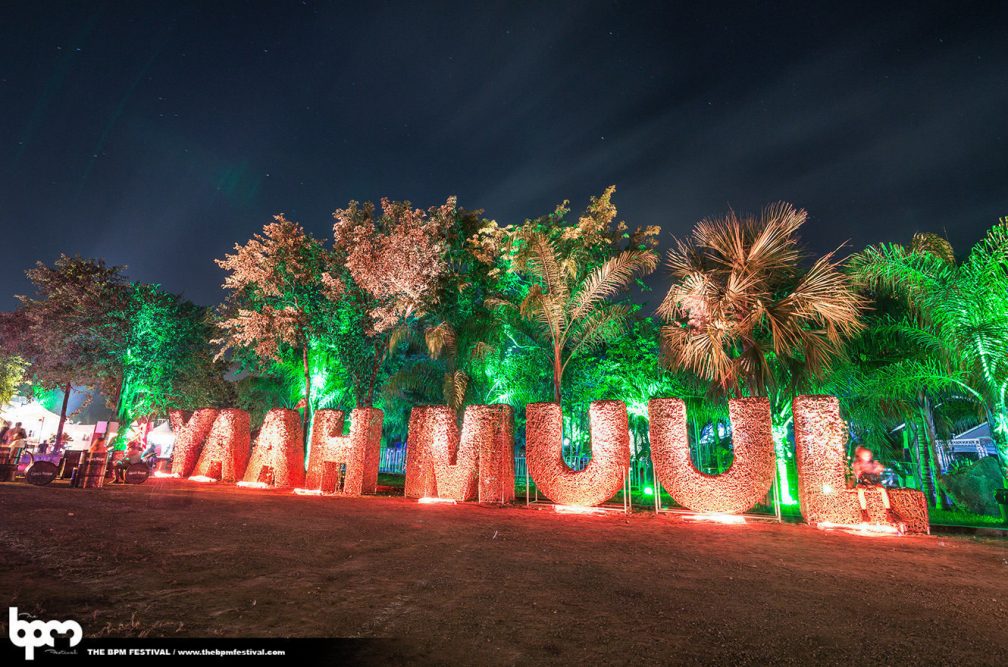 2 #TechnoTacos with Richie Hawtin and Dubfire

Deserving of both a mention during the first half of the week's recap and as one of the highlighted moments of BPM overall, Richie Hawtin and Dubfire continued an annual tradition of what they've deemed '#TechnoTacos' and took over El Fogon for a pop-up party of major proportions. Announced only a few hours before, the two techno masters drew over 2,500 people to the space, crowded around a taco truck. Arguably, there is no better marriage of elements that make up the special magic of BPM and its host country. 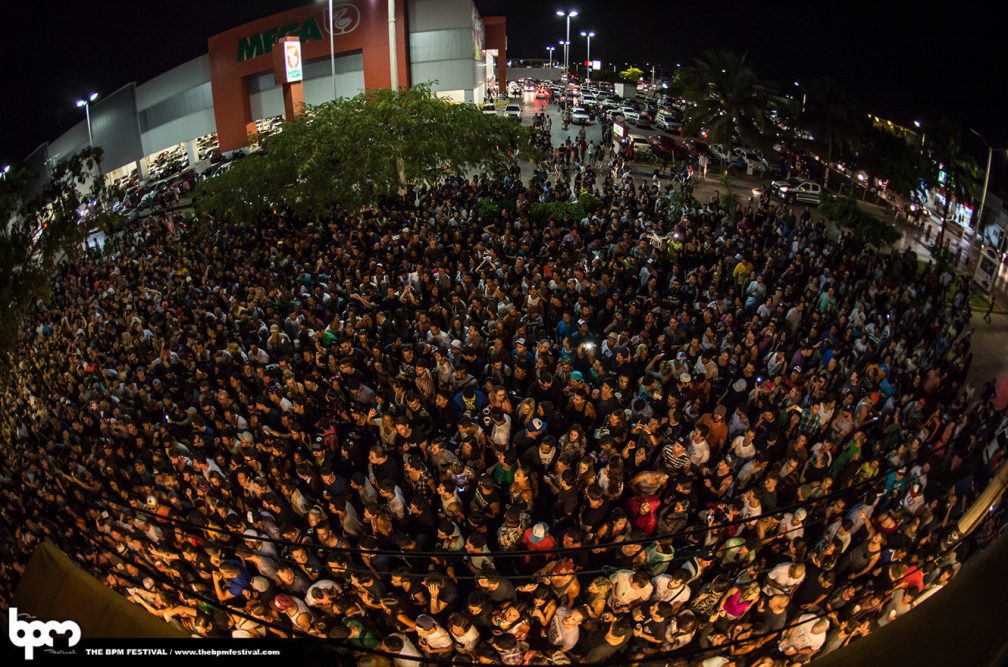 Originally, Knee Deep in Sound and mobilee records were set for two separate showcases, but as the rain began to come down, it was evident that one party couldn't go on without soon being 'knee deep' in water. Thanks to some last minute BPM magic, the two labels joined forces for a mega b2b session which ended in label heads Hot Since 82 and Anja Schneider uniting the evening with an unexpected b2b. Fans, artists and parties collided for an unprecedented show that epitomized the spirit of the BPM 'familia' and of the week itself. 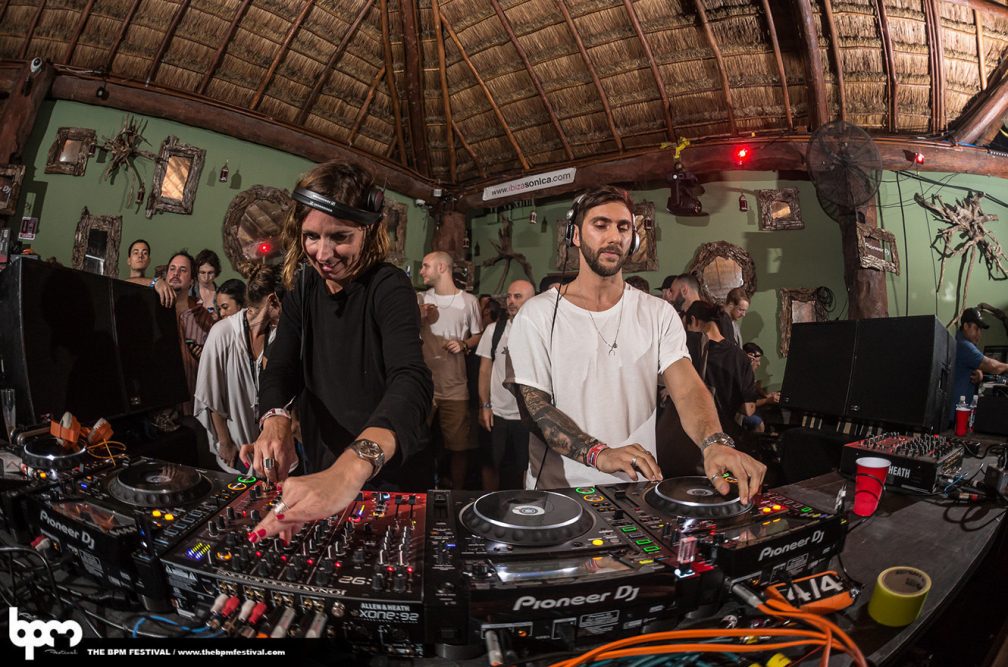 Pioneer DJ took advantage of one of electronic music's largest gatherings to make the very first debut of some brand new equipment. The CDJ-2000NX2 and DJM-900NXS2 made their first appearances throughout the week and already have assisted in an all-night, record set from Apollonia that went from 8pm to 12am. Keep your eyes peeled for more news on the #NXS2 series. 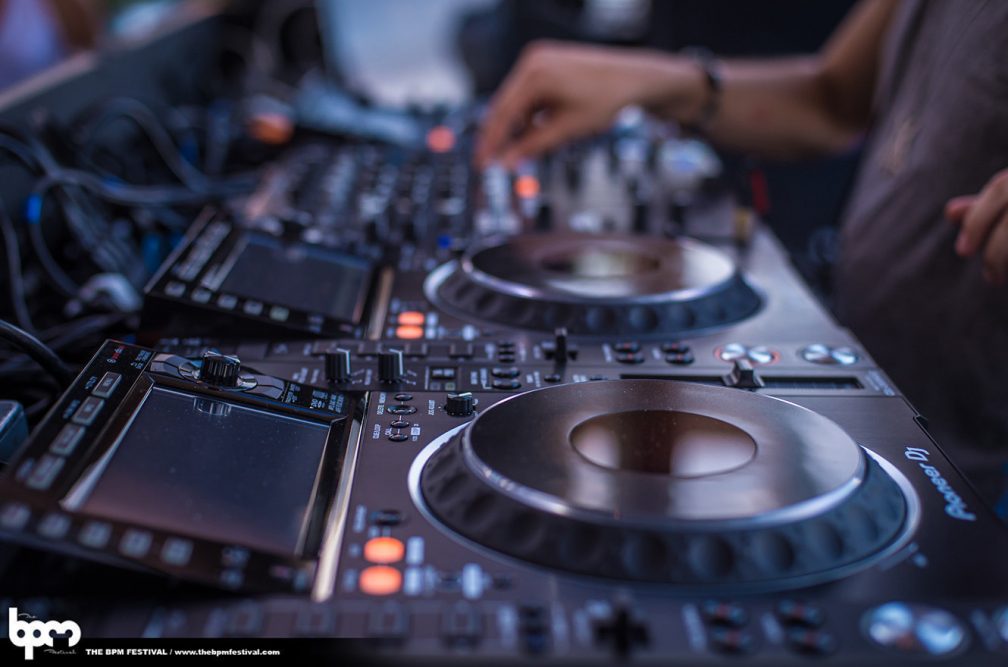 There's no beach party like a BPM party. After owning 2015 with their debut full-length album 'Days Gone By' and reemerging into the scene as the perfect blend between underground electronic and indie, their dreamy sound stood out within BPM's heavily techno-dominated party circuit made a mark with the grooving crowd. 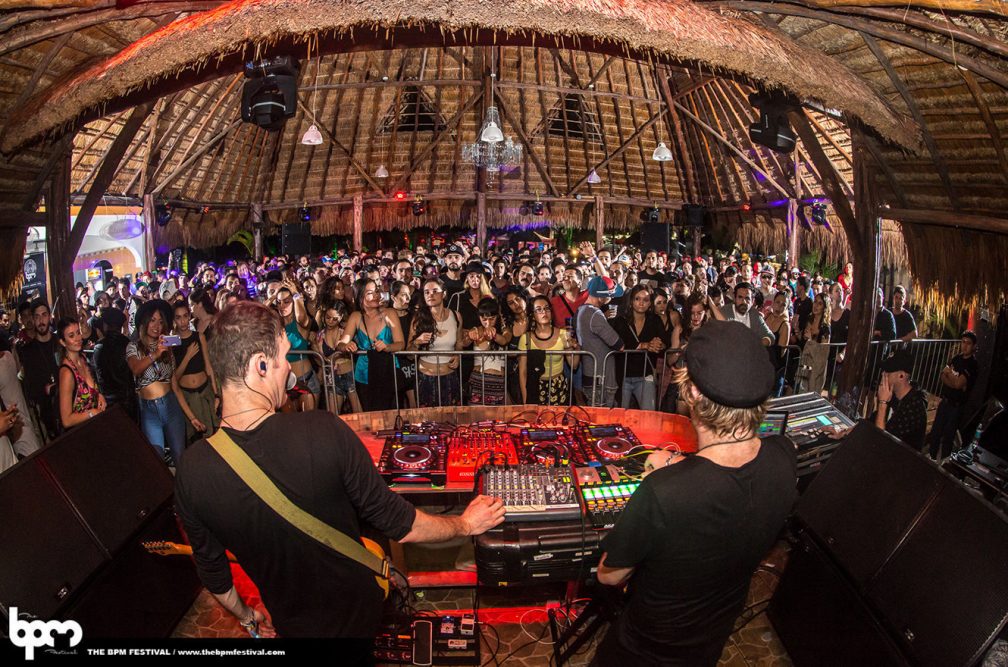 6 Marco Carola redefines 'no sleep' with Music On

Reminding everyone exactly why he's known for his marathon sets, Marco Carola carried Music On without a moment to break. The BPM Festival was treated to his Blue Parrot evening party which went all through the night. Straight after Blue Parrot, Carola went straight to his Music On day party at Martina Beach Club, never missing a beat the entire way through.

After disappointing news surfaced that The Martinez Brothers weren't going to make it to their scheduled appearance at YA'AH MUUL, fans were elated to find them at a surprise b2b with Art Department that lasted until 7 AM. At the Social Experiment party, the Brothers joined Art Department for a night of unexpected b2b magic. 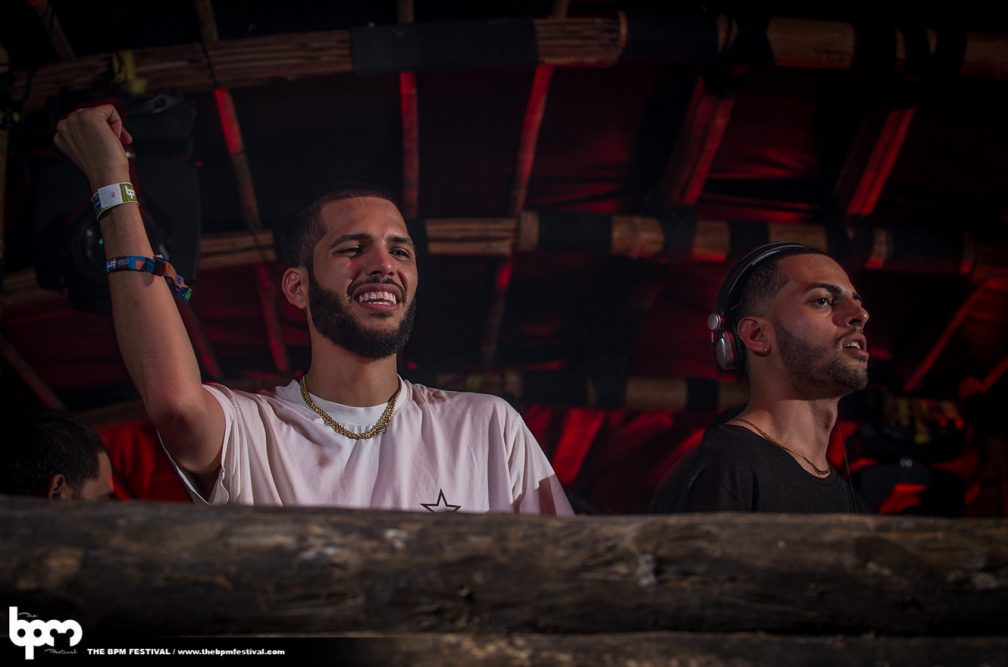 News of David Bowie's passing arrived during the early days of BPM, and inevitably, the loss of a great music icon was felt throughout the parties. Bowie had such an immense effect on the growth and expansion of electronic music, and many of our modern day leaders paid their respects through moving tributes. Apollonia, Clarian, Soul Clap, Marco Carola shared a moment with their audiences and Bowie, who was guaranteed to be listening in the stars above. Danny Tenaglia played 'Let's Dance', and did as Bowie would have wanted us to continue doing - inspiring people to dance. 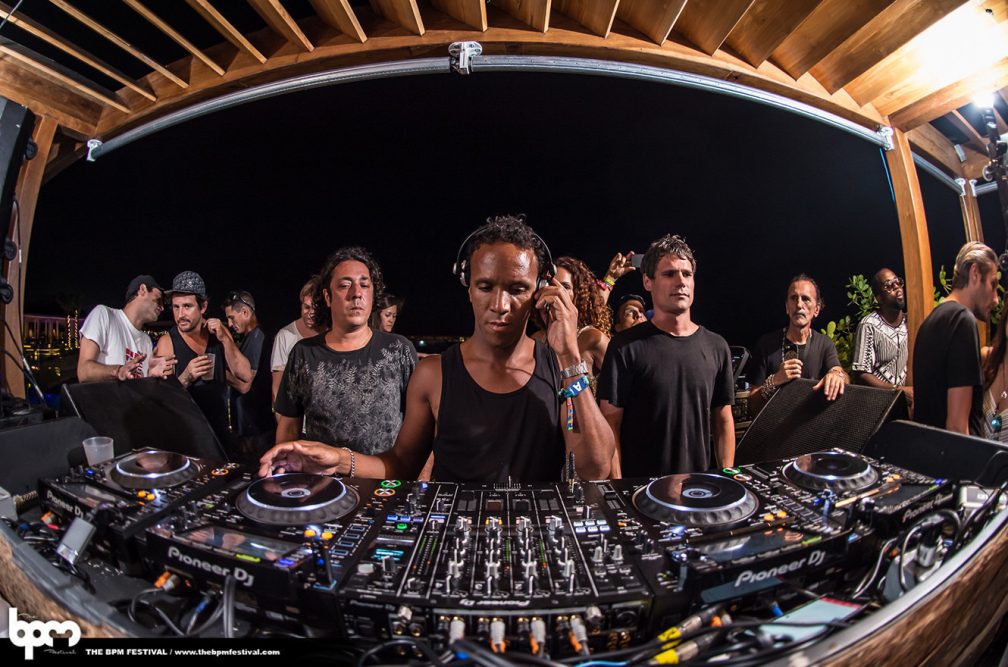 BPM 2016 saw a series of stellar sets from Lauren Lane, who made her way from lineup to lineup over the course of the 10-day festival. At 5:45am during the final hour of 'Paradise' in The Jungle, Jamie Jones played out Lauren Lane's unreleased track 'Diary of a Mad Woman' and the crowd truly went off. Jamie played it again at 'Mixmag Presents: This Is The End', and even Marco Carola, Stacey Pullen and Russ Yallop dropped this jam into their sets.

'Diary of a Mad Woman' will be out via Eats Everything's Edible imprint on January 29. 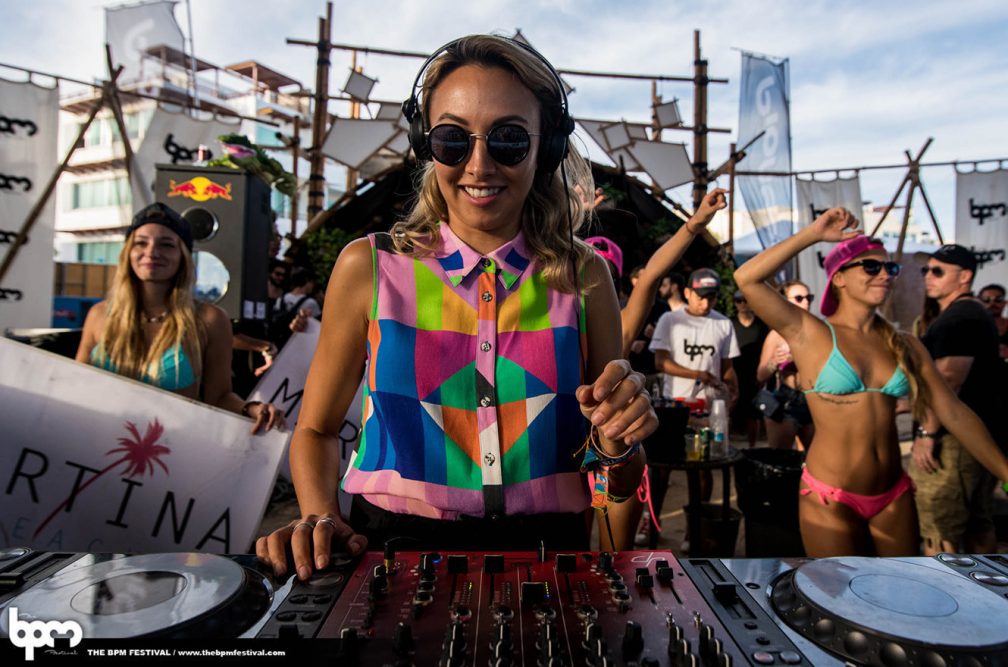 This Is The End was the only place to celebrate one final hurrah to close out The BPM Festival, and the show was made only better when Jaime Jones was announced as the final event's big surprise. Jones was the perfect closer, boldly following killer performances from Lauren Lane, Richy Ahmed and The Mekanism. 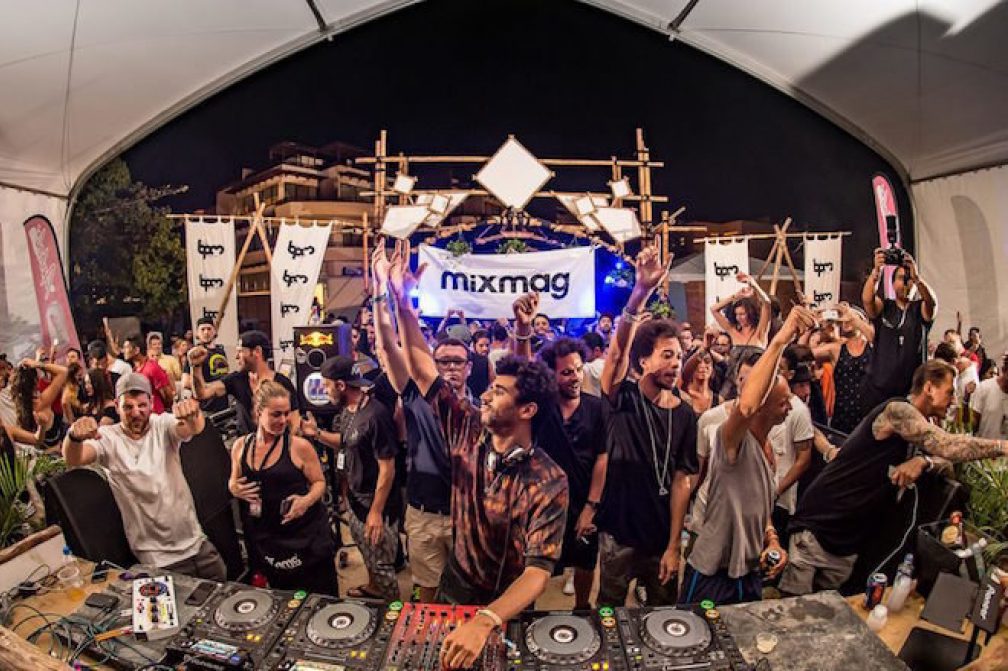