In 2008, Erol Alkan headed to Fire in London for a five-hour set on Easter Thursday. It would become the start to an annual tradition which saw him return every year ahead of the holiday for a lengthier and lengthier set - he’d add an hour for each new year that he completed the set. Five years later, he decided to conclude the series with a 10-hour set for the holiday set. Thanks to tradition, Erol’s set began with candlelight as it had every year and saw him playing a diverse variety of tunes ranging from ambient to disco cubs, eventually finding its way into the techno and house realm with a few pop and rock classics tossed in. 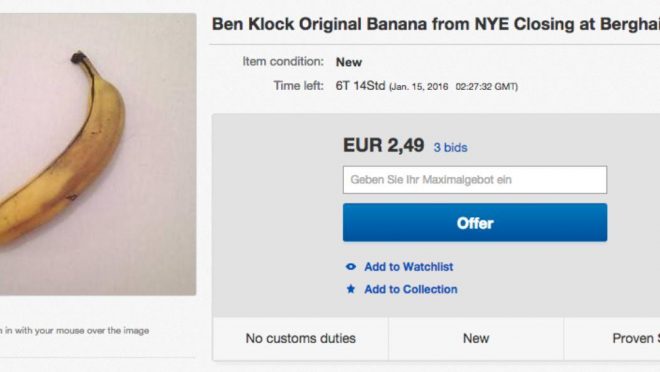 Some might remember the viral news that spread in 2016 about a banana, which was put on sale on eBay in 2016. But it wasn’t just any old banana, it was a banana that Ben Klock had brought with him as a healthy snack for his upcoming 12-hour set at Berghain. “Ben Klock had this banana with him to consume after his almost 12-hours long closing set on January 4 at Berghain/Panorama Bar,” user oke3000 wrote, excitedly. “He handed it to me [...] after [the] remaining ravers and me begged him to play another last record. I kissed his hand, he kissed mine and the banana was the physical bond of ours, of this moment. He explained he had some before and they were delicious; I believe him, his banana still looks yummy!” Despite only having information about the banana, we somehow still know that Klock’s set was totally epic that night.