There are certain places around the world that are known for the outlandish, totally garish antics that you'll inevitably get into while visiting. You might think of the obvious: Ibiza, Las Vegas and, not least, Miami, especially during the industry convergence known as Music Week.

From March 15 through 20, the Floridian city welcomes an international influx of die-hard party goers attending an insane amount of parties (including Ultra) as well as mavens of the electronic music industry. It's more of a surprise if you saunter down Collins Ave. without spotting a handful of famous DJs.

With parties galore and pride put aside for the week, you can bet the antics were wild and sometimes unbelievable. There are some things Mixmag saw in the city that will never escape our lips, but since we're eager to share, here are 10 moments we really couldn't have made up if we hadn't seen them with our own eyes.

You better believe that before any MMW parties had even started, this guy was keeping the energy up up and down Miami's busiest street. Humbly tucked away in the corner of his hookah store entrance, this unnamed hero might as well have been replacing Avicii on Ultra's main stage as he blasted through a Top 40 mix, wasting no time to toss a few mega electro drops here and there as nearby patrons lazily puffed on their hookahs, probably hoping he would turn it down a notch.

2 Someone puked in the booth at Dirtybird Players

And it was barely 1am.

But, to be fair, it forced all our favorite Dirtybird players to come jam out on the dancefloor. A lose-win situation. 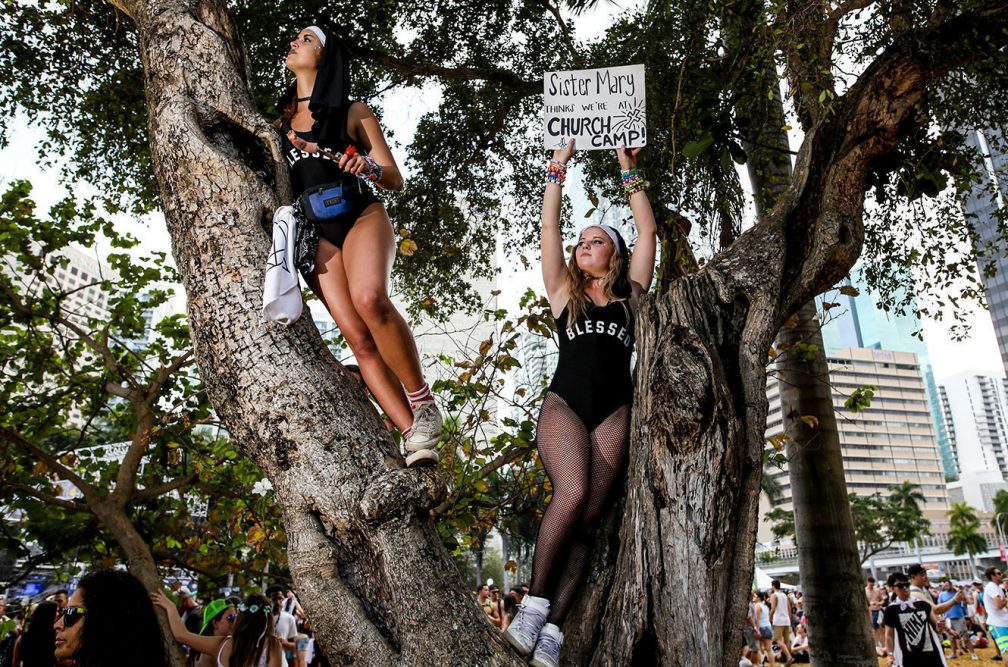 3 Tommie Sunshine, literally everywhere we turned. But we still haven't seen him without his sunglasses on

Even in the darkest Miami nightclub, we're not sure Tommie Sunshine has ever taken off his shades, and even more boggled by what exactly he's seeking to achieve by maintaining the elusive look. In combination with his unmistakable mop of hair, we're pretty sure he's got to be hiding something under there...

The @dirtybird_sf party ate my brain.

Ah. We feel you, Sunshine. Carry on.