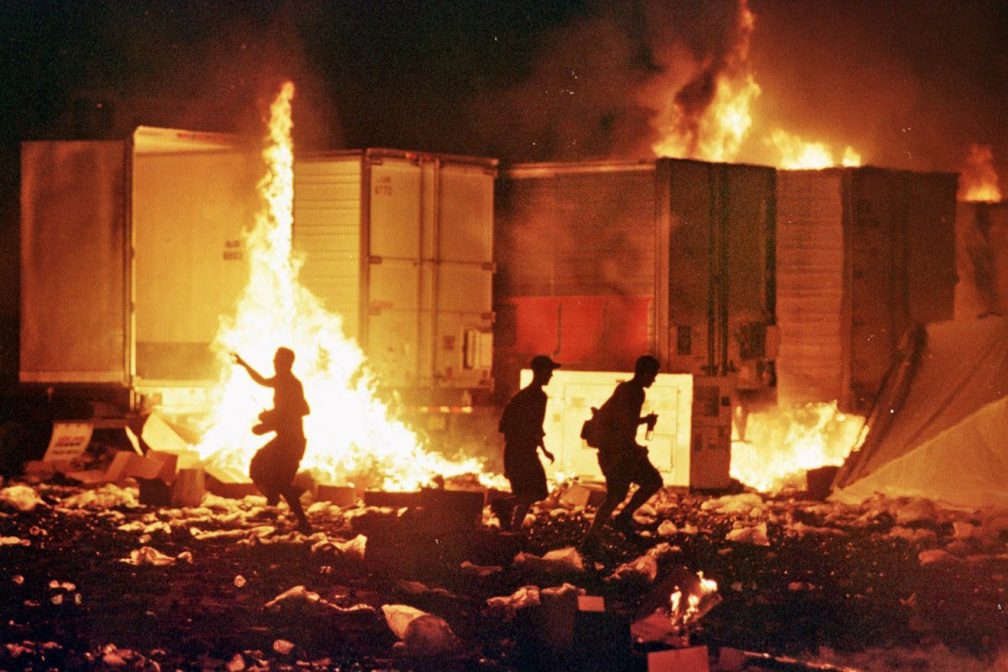 Ah, Woodstock. It’s a name that conjures up images of hippy wholesomeness and the values of peace, love, unity. These certainly weren’t present at its 30th anniversary edition in 1999, with a lengthy list of calamities afflicting the festival. Firstly there was a heat wave, which melted areas of tarmac at Griffiss Air Force Base site. Attendees also weren’t allowed to bring any food or water on site, and bottled water was priced at $4 a pop. There were free fountains, but with 220,000 people in attendance (which temporarily made the festival the third most populous city in New York State) the queues for these were exhaustingly long. Hundreds of people were treated for heat exhaustion and dehydration. Another issue was crowd fights and rioting, sparked by triggers such as Insane Clown Posse firing $100 bills into the audience of the East Stage. The most serious riot followed the Red Hot Chilli Peppers performing a rendition of Jimi Hendrix’s ‘Fire’. Punters took the track a bit too literally, and set about setting the site ablaze. Vehicles were flipped, tents piled into bonfires, vendor trucks used as fuel. Eventually New York State Troopers were called in to calm things down. The summer of love must have seemed like a very distant dream.