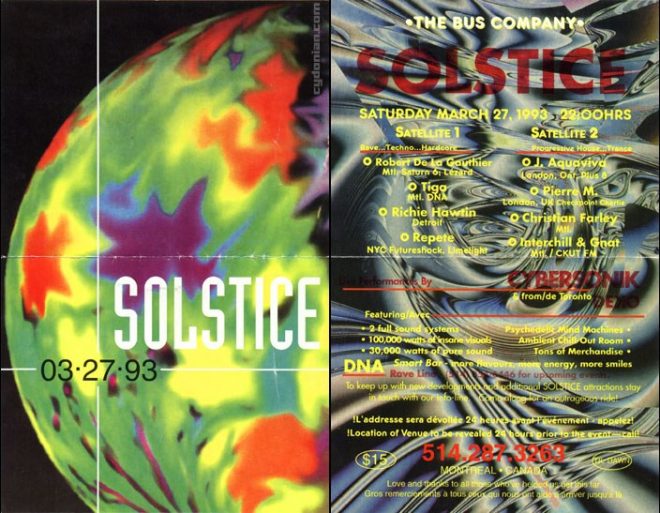 The year was 1993 and underground music was just starting to simmer in Montreal. With a hungry following from his parties at local club Crisco, Tiga and his inner circle decided to catalyze the revolution and throw what many denote as the city’s first real rave.

Sontag, along with the Bus Company and his radio show co-host G’nat organised Solstice, a 4,000 person event in a converted museum space featuring Richie Hawtin and John Aquaviva. Every club owner, artist and player took notice, gravitating towards a completely unseen type of energy promoted only by word of mouth and an informational rave hotline run by Tiga.

The party was like nothing Montreal had ever experienced and single-handedly redefined what the city’s electronic music scene was capable of. What followed was the paramount rave movement that put Tiga’s native grounds on the map as an underground behemoth.