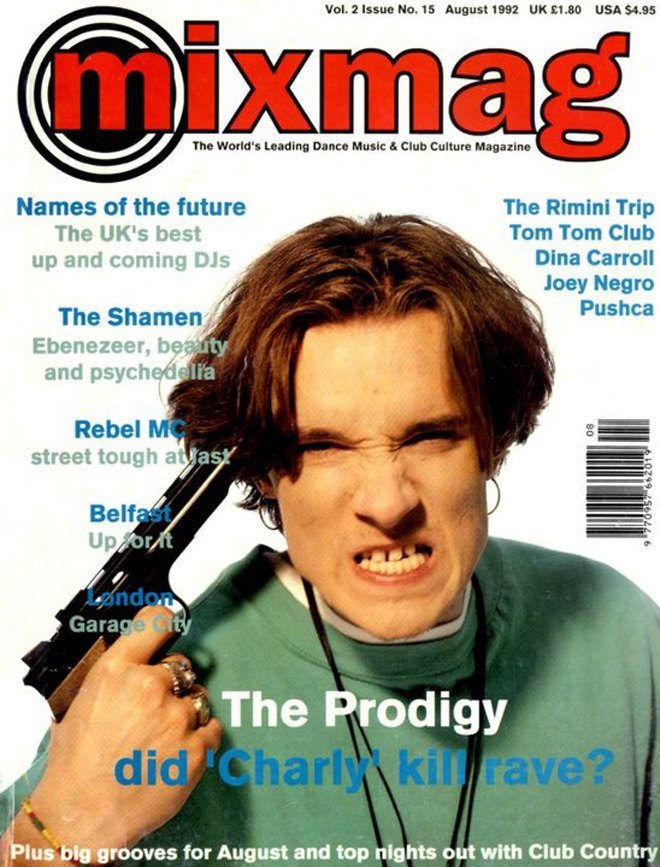 Burning stacks of Mixmag in the 'Fire' video

Back in August 1992, Mixmag ran a cover asking 'Did 'Charly' kill rave music?' with a photo of Liam Howlett holding a gun to his head. The article was relating to the group's debut single 'Charly', one that sampled a cartoon cat public information film Charley Says and ended up at number three in the UK Singles Chart. Mixmag's then-assistant editor Dom Philips later wrote "when Charly turned from wacky hardcore anthem into chart-busting gold dust, Howlett's silly little novelty tune joined another, far less honourable heritage". Obviously Howlett didn't take kindly to the accusation that his band were responsible for "starting what must be the most inane sampling phase in the history of dance music." What better way to get us back than burning a pile of said issue in the video for their September '92 track 'Fire'? Well played, fellas.